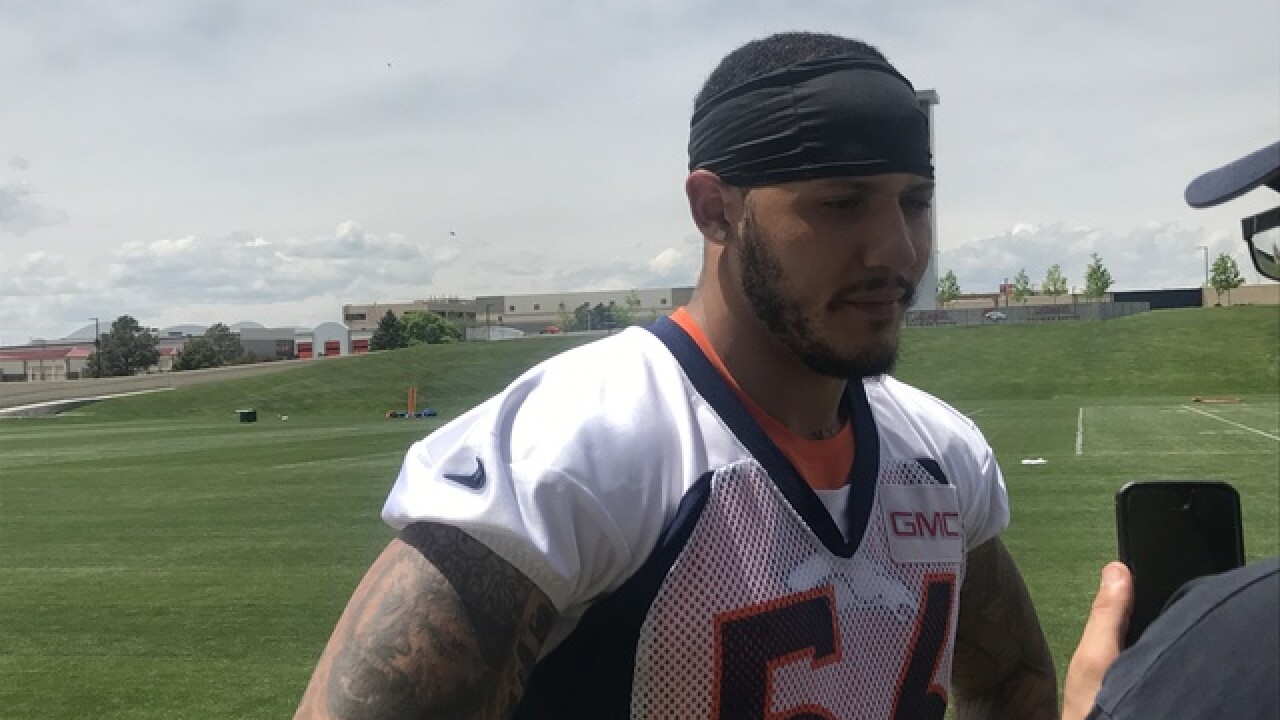 ENGLEWOOD, Colo. -- The juxtaposition proved jarring. A year ago at this time, outside linebacker Shane Ray left the practice field in pain, ligaments in his left wrist so badly torn it would require three surgeries to fix it. Ray eschewed a fourth operation in June after receiving a second opinion from his doctor.

That decision, after the first day of training camp, paid dividends for Ray. He looked explosive -- at one point shoving Garett Bolles out of his way on a rush -- and strong. He credited his performance to five hours of physical therapy per day over the last month leading to training camp.

Ray's future features questions, but no limitations as he charges toward the opening day lineup.

"The doctor told me that we don't need to do surgery. It's something we can keep an eye on, but there's other things that we can do to keep you playing and if you feel pain we can correct it after the season," Ray told Denver7. "I spent three weeks, two hours a day in a hyperbaric chamber. I did shockwave therapy. I was doing everything to make sure I could come back physically where I wanted to be."

Most salient about his rehab it did not deprive Ray of his strength. At his lowest point last season, unable to lift, Ray dropped to 219 pounds, leaving him a shell of himself. He weighs 250 pounds, and has "no restrictions. If I get sore (coach Vance Joseph) will take care of me and give me a day if I need it."

For Ray, the last few months proved difficult, requiring an adjustment. With Ray coming off his worst season and rookie Bradley Chubb in the fold, the Broncos declined the former Missouri star's fifth-year option. It made Ray a magnet for criticism that stung, leading him to exit social media.

"You get all this speculation. People saying this and that. Trade him. He's always hurt. I don't know where that came from. I had a knee sprain and played my whole Super Bowl year, and my third year I blew my wrist out. What about my second year? Nobody was talking about that. They were looking at me like I was a bum-ass player to be honest," Ray said. "Of course that bothered me. It would bother anybody. I didn't want social media to dictate how I was going to approach this season. I felt like that helped me the most."

Complicating Ray's return was the arrival of Chubb. He boasts breathtaking talent, and has been listed as a potential defensive rookie of the year by many outlets. Ray promises to help Chubb. One of the ways he can do that is playing well himself.