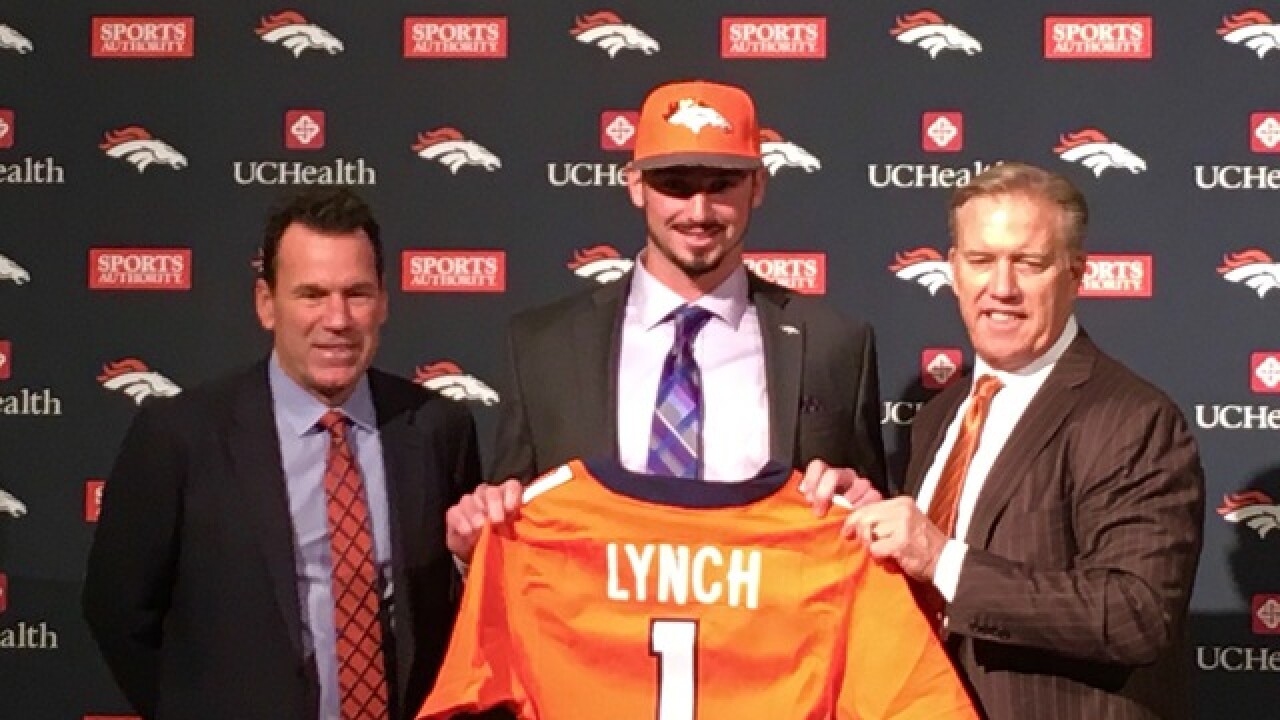 CENTENNIAL, Colo. -- Facing a near must-win situation Sunday given their slim margin for error and difficult schedule remaining, the Broncos will turn to rookie quarterback Paxton Lynch.

Lynch did not have to wonder if it was a big deal. His text messages illuminated with multiple ticket requests for this weekend's game at Jacksonville.

"Oh boy," said Lynch, who grew up two hours from Jacksonville and visited the Jaguars training camp as a kid. "Luckily I have parents (to handle it)."

Trevor Siemian missed practice for a third consecutive day, leaving him inactive against the Jacksonville Jaguars with a sprained left foot. Lynch has not played since losing to the Atlanta Falcons on Oct. 9 as Siemian sat out with an injured left shoulder. The Broncos had hoped Siemian would practice on Friday. But after he took off his boot, the training staff determined he needed more rest. The boot went back on, where it is likely to stay through the weekend. Siemian will travel with the team, and could be in the coaching booth on game day.

The Broncos expressed confidence in Lynch this week, praising his growth over the past six weeks.

"I am really proud of how hard he has worked and how far he's come," Kubiak said.

But the challenge is real. Losing to Atlanta hurt, but there was room to rebound. Fall this week as a favorite at Jacksonville and the consequences could be dire. Austin Davis is set to serve as his backup.

"I am more comfortable with offense from the extra reps," said Lynch, who will face a Jacksonville defense that mirrors Atlanta's 4-3 attack. "When I first got here, it was really tough. But I had to study here and go home and study. I feel a lot more confident in myself."

The Broncos moved up in the first round of last spring's draft to select Lynch. He shows remarkable athleticism, but is raw. He came from a college system that featured a spread offense. As a result, Lynch had to learn to huddle, to spit out the verbiage of complicated plays and play under under center.

"We have to do what we have to do to win. Paxton and Trevor a little bit different," Kubiak said. "Paxton is capable of doing what we do. We are trying not to overload him too much and let him play."

The Broncos sit on the outside of the playoff picture looking in after last Sunday's loss, which featured Siemian's best performance of the season. Kubiak explained Siemian has not suffered a setback, and labeled him day-to-day moving forward. There's no guarantee Siemian will be ready for the Nashville game on Dec. 11, but more could be known on Monday.

For now, it's Lynch's turn as the season threatens to spin in the wrong direction.

"For both starts they have tried to make it more comfortable for me," Lynch said. "We can try to move the pocket and let me run around a little bit while also doing the dropbacks. We want to win every game left."