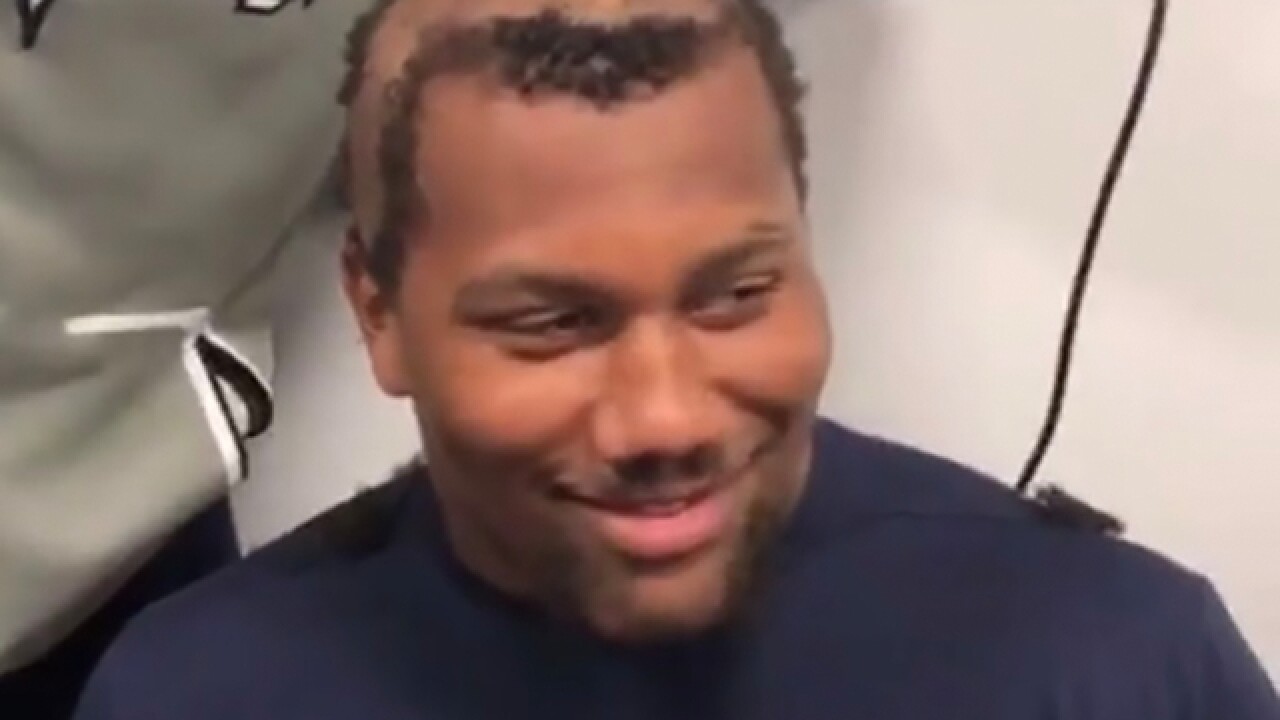 ENGLEWOOD, Colo. -- Over the past two seasons, the Broncos have made fans want to pull their hair out. Ironically, some rookies would prefer that look.

Tuesday became the day veterans turned into Edward Scissorhands, providing the unkindest cut of all.

the first cut is the deepest.
or the ugliest..

"Absolutely, he will get one. You can't do it without getting the first-round pick," linebacker Shane Ray said with a grin. "He's definitely getting a cut. I am going to surprise you. It will be a work of art."

Does Chubb trust Ray? Would you?

Chubb's instincts proved correct. Work of art? Come on Shane. Did Picasso ever use antennas, college logos, and misplaced mustaches? This was cranium graffiti. Chubb looked like he lost a fight with a weed eater. Former CU star running back Phillip Lindsay saved his afro, but lost his eyebrows.

A mindless philosopher once said hair is 90 percent of a selfie. The Broncos' rookies might want to lose their phones for a month. Or three.

From Brandon Marshall's IG, the haircuts are happening and they are grisly. #Denver7 #Broncos pic.twitter.com/ZRgDk29E9s

"Oh man, I don't even touch their hair. I am still salty about my cut," safety Justin Simmons, whose head looked like the Cincinnati Bengals helmet two years ago. "I let the vet, vets do it. I just sit back and laugh."