'You don't use your helmet as a weapon' 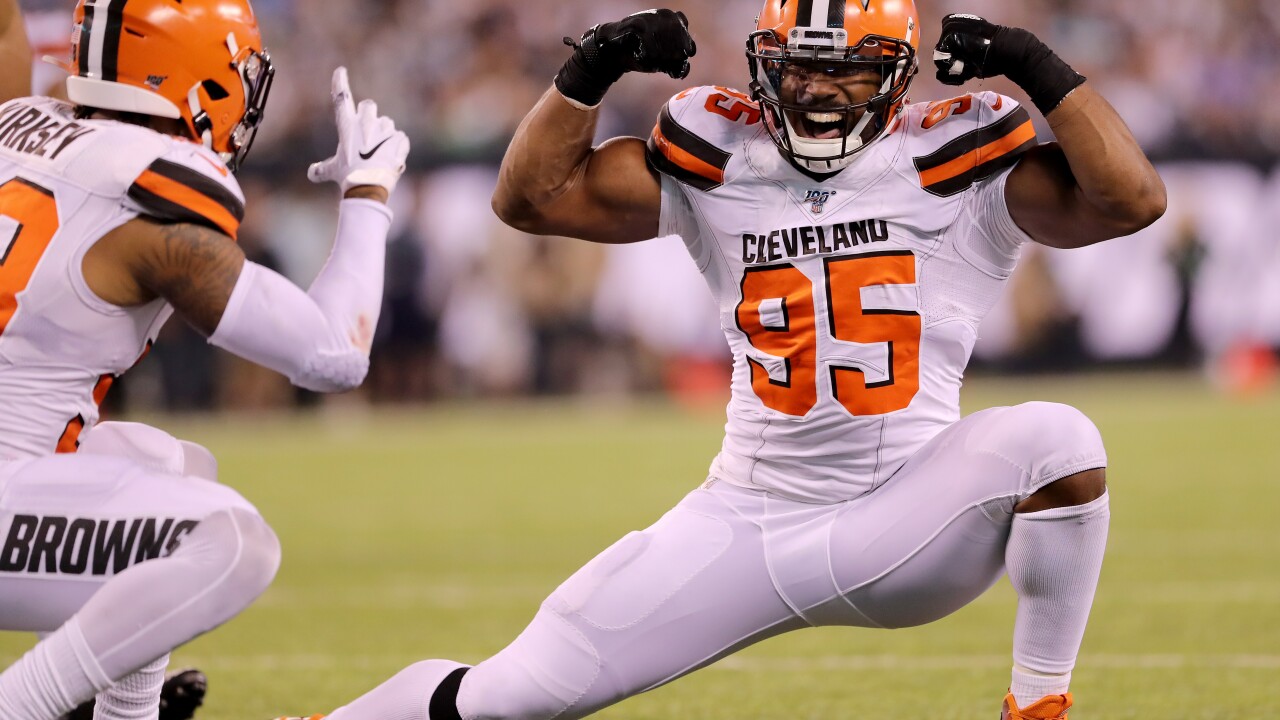 These were just some of verbal molotov cocktails lobbed at the NFL after an ugly melee between the Cleveland Browns and Pittsburgh Steelers on Thursday night. The league reacted swiftly Friday, suspending Cleveland defensive end Myles Garrett indefinitely without pay after he pulled off Pittsburgh quarterback Mason Rudolph's helmet and struck him in the head with it. Garrett called his actions embarrassing after the game, and added a written statement Friday condemning his "terrible mistake."

"I want to apologize to Mason Rudolph, my teammates, our entire organization, our fans and to the NFL,” said Garrett, who will be sidelined for the remainder of this season, at the minimum. “I know I have to be accountable for what happened, learn from my mistake and I fully intend to do so.”

Pittsburgh offensive lineman Maurkice Pouncey, whose actions have been praised by several former players, including Hall of Famer Deion Sanders, was also banned for three games for kicking and punching Garrett in defense of his quarterback. Cleveland's Larry Ogunjobi received a one-game suspension for pushing Rudolph as the brawl escalated. Rudolph was not suspended, but could still be fined as the NFL continues its review.

The incident dominated national and local news Thursday night and Friday morning. The Broncos offered their reaction Friday of a brawl that will linger for years as the ideas of discipline, forgiveness and violence are debated.

Von Miller has been friends with Garrett for years, dating to their Texas A&M connection. He was surprised that Garrett "snapped."

"That's out of character from the guy I know," Miller told Denver7. "That's not him."

Miller plans to reach out to Garrett on Monday to see how he's doing. Multiple Broncos declined to discuss the subject, but no one in the locker room defended Garrett's actions. As safety Justin Simmons explained, "We have all gotten made in the heat of the moment and wanted to do something, but I have never seen someone swing a helmet at another player." Defensive end Shelby Harris explained that Garrett went "too far," but he also believes Rudolph should be held more accountable for his role.

"I don't think Mason Rudolph is innocent by any means. No matter what, he doesn't deserve to get hit in the head with a helmet. That's when he took it too far," Harris said. "It's unfortunate. I feel like Mason Rudolph's acting like he did nothing wrong. That bothers me. You have to take some responsibility. Once again, though, Myles Garrett was wrong. You don't use your helmet as a weapon."

Broncos coach Vic Fangio has preached discipline since his arrival. He reprimanded players for fighting during training camp, even kicking a few out of practice when the Broncos worked against the San Francisco 49ers. As such, he condemned Thursday's actions.

"It was bad, what can I say, by all parties involved. It was an unfortunate thing that happened. Guys are paying a steep price for it and it’s no good," Fangio said. "From day one since I’ve been here, we’ve talked about not having post whistle penalties and pre-snap penalties. We’ve had some pre-snap like a lot of teams do, but I don’t believe we’ve had a post-snap penalty yet this year. We talk about it all the time. I didn’t talk to them about it today because it’s been talked about a lot.”

The Steelers and Browns were also each fined $250,000, and the league said additional players will be disciplined.