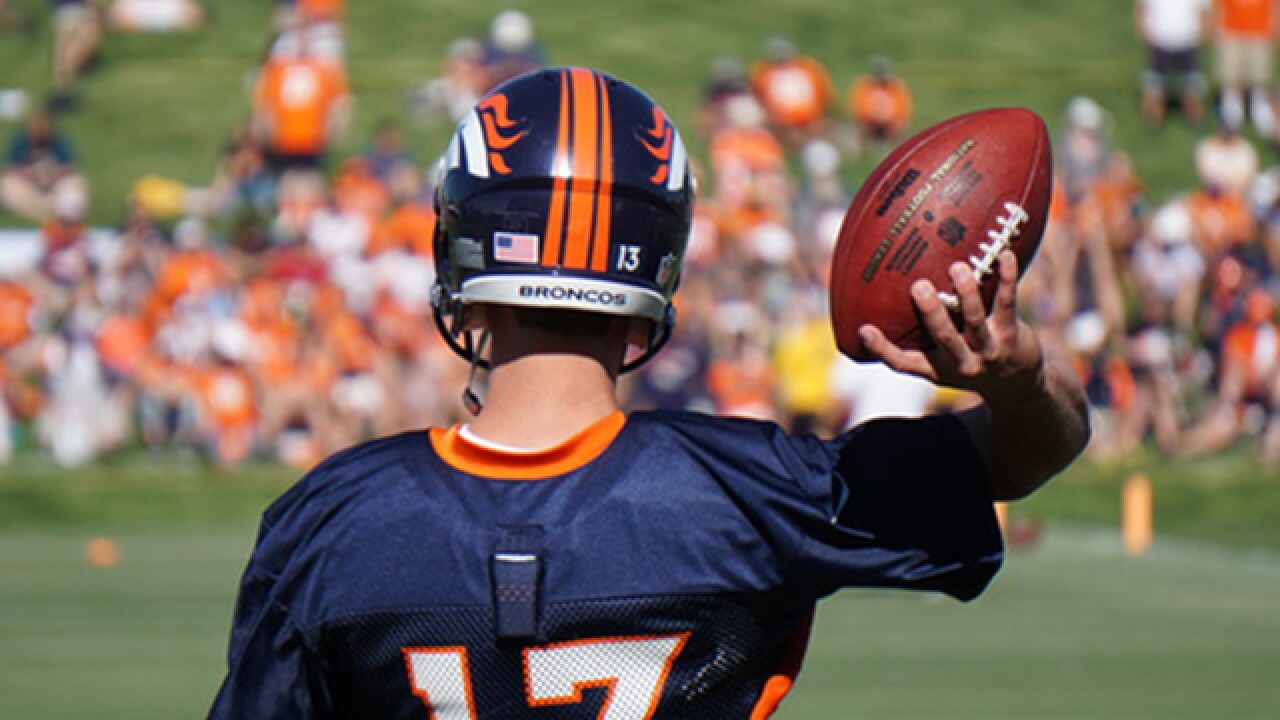 CENTENNIAL, Colo. -- Vance Joseph refuses to ride the roller coaster. He is human Dramamine when it comes to the quarterbacks. He will not give a daily report card.

I am not under similar constraints. With a nod to the small sample size, Trevor Siemian won Day 3 of training camp, outplaying Paxton Lynch. With the players in shoulder pads for the first time, Siemian played with confidence and swagger after a pair of rather ordinary days of practice. He completed multiple strikes, including a long touchdown to Emmanuel Sanders.

Lynch, who won Thursday with his aerial display and a 40-yard scramble, looked hesitant and struggled with multiple passes in the middle of the field. Deeper evaluation begins to take root on Sunday with the Broncos' first practice in full pads.

"With the quarterbacks, it's important because of the pass rush," Joseph said. "Sometimes guys react differently with players around them. So that's an important piece of it,"

Joseph continues to stress patience, that there's no reason to make a choice until he and his well-qualified offensive staff see separation. The defensive players remain impressed with the Broncos' offense, seeing shades of Mike McCoy's Chargers scheme and Bill Musgrave's plays in Oakland. The preseason games and the two days of practice against the San Francisco 49ers figure to determine the winner at the team's most high profile position.

"We have time," Joseph said.

But the clock continues to tick with each day increasing the speculation and intriguing competition.