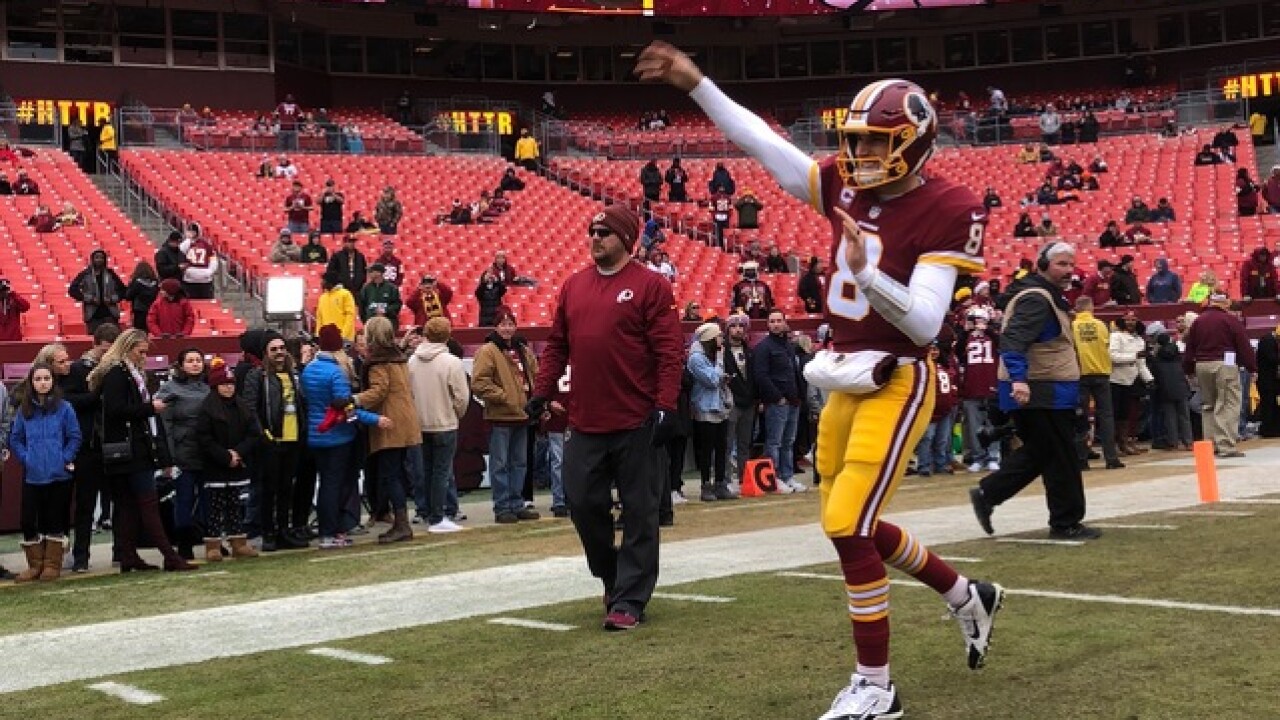 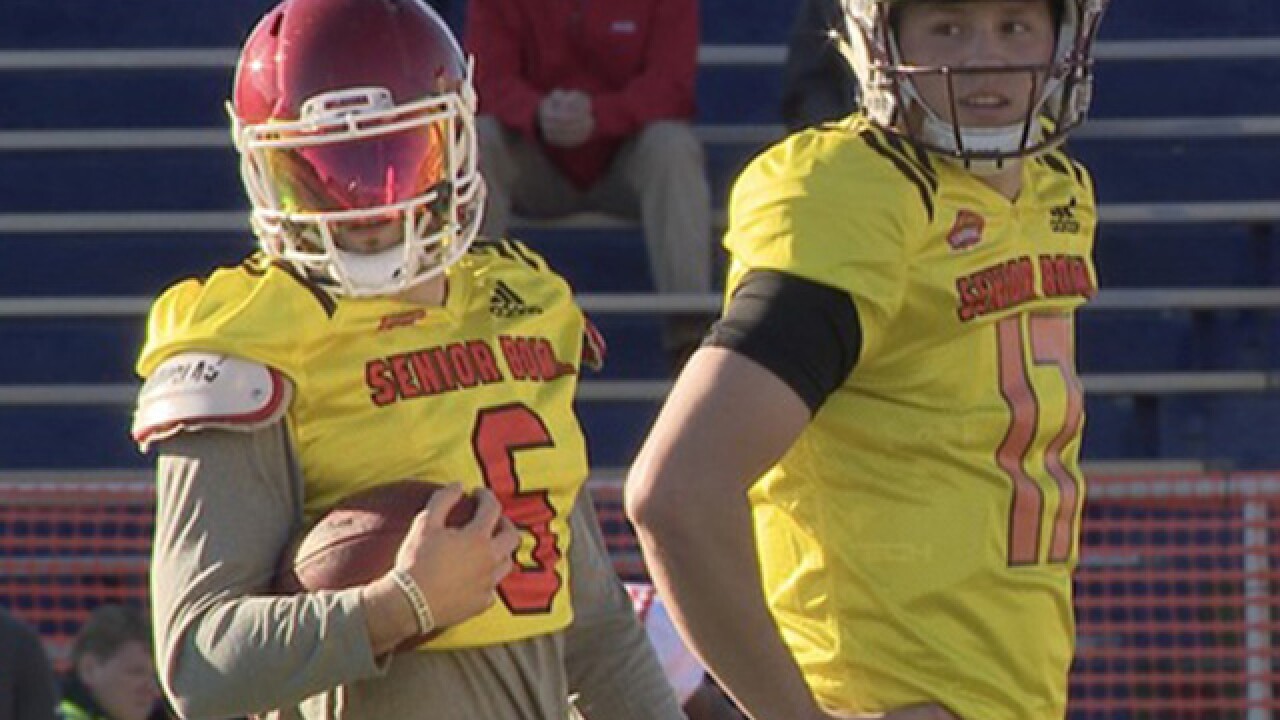 DENVER -- Friday night American skier Lindsey Vonn made a catastrophic mistake in the super-G at the Pyeongchang Olympics.

In the type of misstep that fells her competitors, Vonn went wide wide on a turn near the bottom of the slope, costing her valuable time. Vonn, one of the most decorated skiers in history, finished sixth. She knew. She immediately put her hands over her goggles, shook her head and mouthed the words, "I tried."

Nothing can diminish Vonn's legacy. And redemption remains possible in the downhill.

Watching Vonn's race, however, drove home how pressure and even the slightest gaffe can change fortunes at the top levels of sport. Like the Broncos, whom she is a fan, Vonn takes no consolation in doing well. She chases titles, not compliments for hard work.

The Broncos, like Vonn, understand disappointment. They trafficked in misery last season, losing eight straight games, winning once on the road before finishing an embarrassing 5-11 in coach Vance Joseph's first season.

The pressure to rebound is palpable at Dove Valley. Joseph works now on a one-year contract for all intents and purposes. Poor quarterback play doomed his inaugural year, but saved his job. General manager John Elway believes a fair evaluation of Joseph can only occur with competency at the position.

Can the Broncos land a player in free agency or the draft who can provide an offensive identity, while maintaining confidence in the face of adversity?

The possibilities fuel the passion, optimism and cynicism of fans. The Broncos own the fifth overall pick, creating the possibility of selecting a quarterback.

My Twitter pings when I bring up potential draft avenues. I have been consistent with this premise in recent weeks. I would prefer -- and believe me when I say the team could not care less what I think -- that Broncos sign Cousins and if not, go with a quarterback in the first round.

The case for Cousins remains easy to advance, save for the money against the salary cap (he figures to top Jimmy Garoppolo's five-year, $137.5 million contract). Since 2015, Cousins ranks third in completion percentage (67 percent), fifth in yards per attempt (7.8) and owns 11 game-winning, fourth-quarter drives. He is a top 10 quarterback. He might rank 10th, but he is solid and, at age 29, entering his prime when quarterbacks almost never hit the open market.

Barring a petty game of tag by Washington, Denver will be all in on Cousins. The Broncos' pitch centers on a history of success -- more Super Bowl berths (seven) over the last 34 seasons than losing seasons (six) -- and a template for reshaping a team around a free agent quarterback (See Peyton Manning in 2012).

Yet, no guarantees exist that Cousins picks Denver. He could go with the New York Jets, who have more money to offer and hired Jeremy Bates from the Shanahan coaching tree to run their offense. He could land with the Vikings, who can say with a straight face they are *this close* to reaching the Super Bowl.

To sign Cousins, the Broncos would need him to show flexibility in his salary the first few seasons. Even so, his addition could mean the subtraction of veterans like cornerback Aqib Talib (Bradley Roby appears ready to start) and defensive end Derek Wolfe (whose legendary toughness has been undermined by injuries).

If not Cousins, then what? Case Keenum is an option, though a Brock Osweiler contract for one productive season creates pause. Keep your eyes on Buffalo's Tyrod Taylor as a possible placeholder for a young quarterback. Taylor possesses two strengths: he takes care of the ball (he ranked fifth in TD/INT ratio last season) and shows mobility. An offense for him would feature more run-pass options that could help the transition of a drafted quarterback like Baker Mayfield or Paxton Lynch (keeping Lynch as a backup to a veteran is an option).

OK, let's say the Broncos whiff in free agency March 12-14. The draft arrives April 26-28. By any measure, it is the most important of Elway's tenure after the ghost 2017 class.

Mayfield creates the most buzz as the Heisman trophy winner. He brings an edge desperately needed for an offense with all the personality of Khaki Dockers. Mayfield shows accuracy, and in the right RPO system, should translate to the pro game. However, if forced under center, he will likely struggle given his height (6-foot and 3/8) and lack of experience in the system.

Mayfield talked on ESPN on Saturday morning about not worrying about critics, believing his style of play, confidence and "right attitude and mindset" will win out. The draft remains top heavy with QBs. Josh Rosen, Sam Darnold, Mayfield and Josh Allen are expected to be chosen in the first 13 picks. Rosen is a pure pocket passer, but his durability raises legitimate questions. Darnold and Allen feature blueprint arm and body types, but both struggled with turnovers and accuracy last season.

The Broncos do not shy away from the sobering reality. Without improvement at quarterback -- (it would help if they land left tackle Nate Solder in free agency and draft a starting guard) -- they will remain lost. One wrong turn, as Vonn revealed, can keep the Broncos zooming down the road to nowhere.

Get the right quarterback, and it not only restores hope, but puts the Broncos back in the race for a playoff berth.