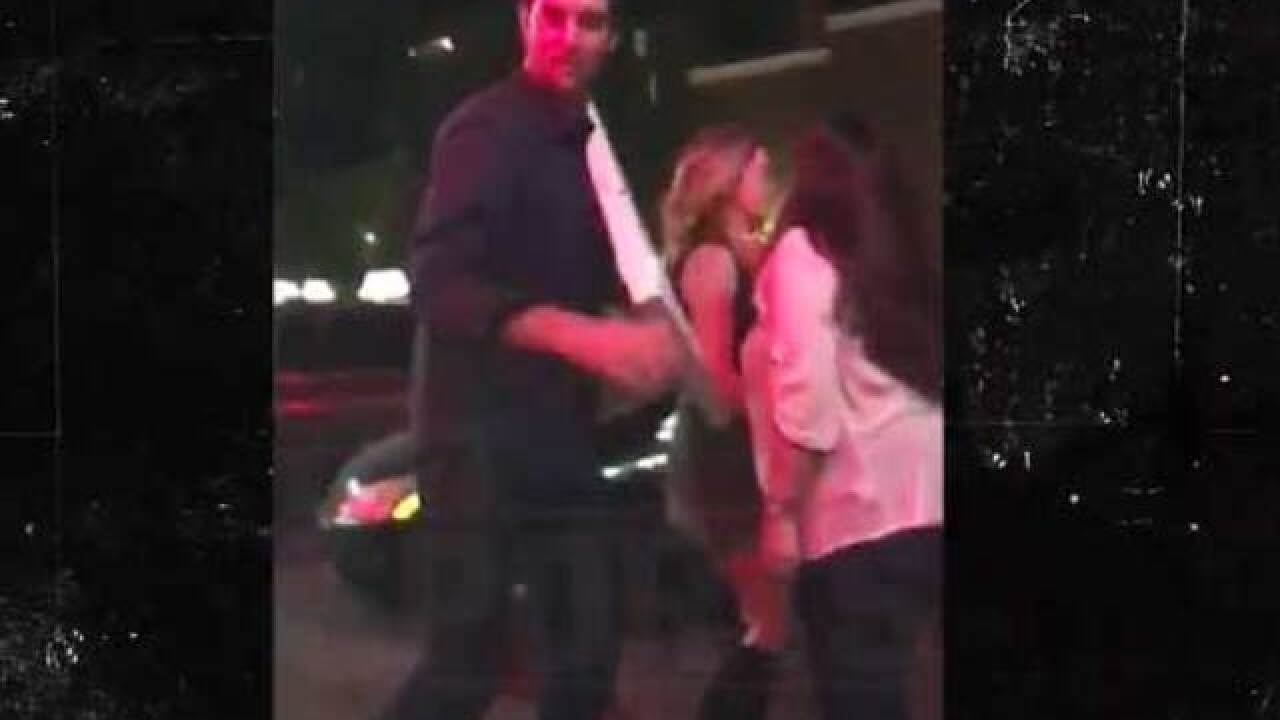 As Denver Broncos quarterback Brock Osweiler enters free agency this week, he had to fend off a fight outside a pizza place.

Osweiler and friends reportedly went to a Kelley James concert then picked up a pizza at Joe's Pizza in Scottsdale, Arizona.

Scottsdale, AZ -- between the three of us we have two World Series, a super bowl and a cy young. Backstage last night with @bosweiler17 and Jake Peavy (@jakepeavyfoundation). If you're in AZ next weekend Peavy's charity event is at LiveWire on the 13th supporting our troops. We'll be opening for his band and sharing the stage with a bunch of his Giants buddies and other MLB friends. He's put a ton of effort and personal $ behind this and wants nothing more than to give back to the men and women who serve our country. Check out HeroJam.org for details

A photo posted by Kelley James (@kelleyjamesmusic) on

As they left the pizza place at 2 a.m. Saturday, TMZ said there was some heckling and someone tried to confront Osweiler's wife.

Osweiler stiffed-armed the woman away from his wife, but someone else came up and shoved Osweiler against a car.

"Instead of turning and fighting the guy, Osweiler -- who's on the verge of signing the biggest contract of his life -- held his crew back and ordered everyone into the car," TMZ reported.

TMZ says its reporters spoke to Scottsdale Police, who said the situation did not rise to a level of "criminal violation," so officers did not make any arrests.

"There was no crime reported and no victims have come forward," TMZ wrote, quoting the police statement.