McManus responds that it's no big deal, just simple disagreement 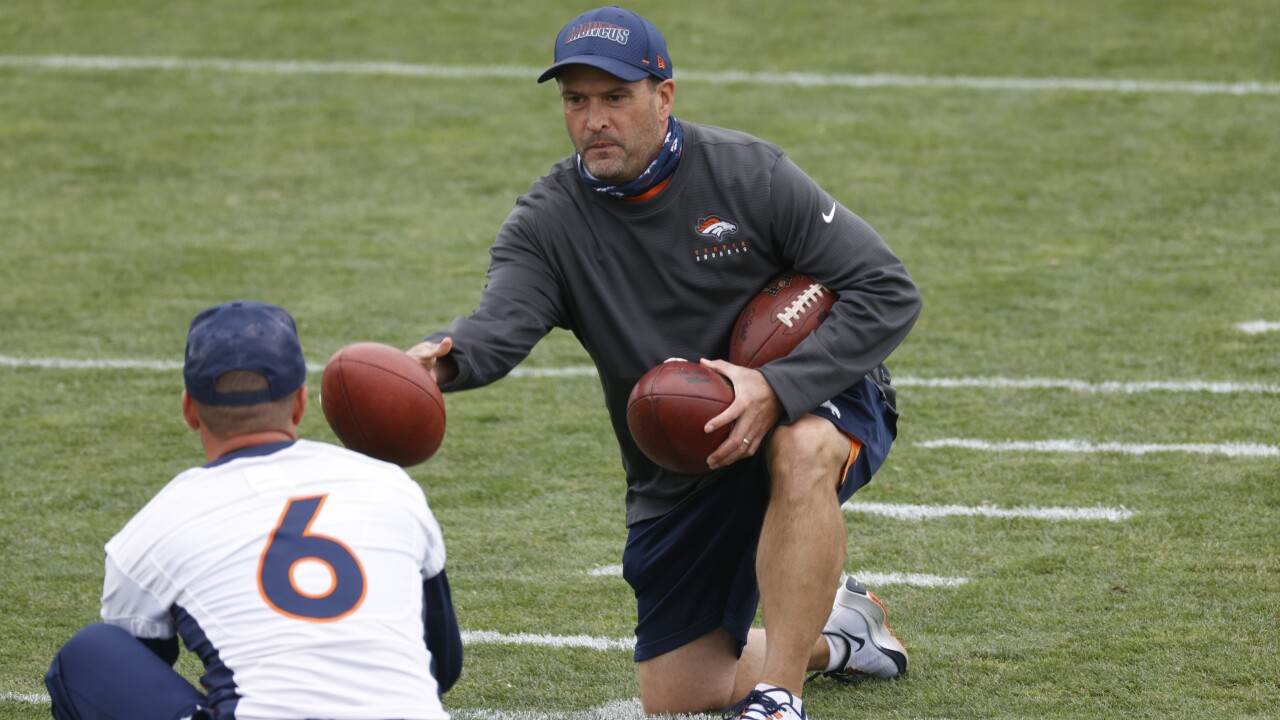 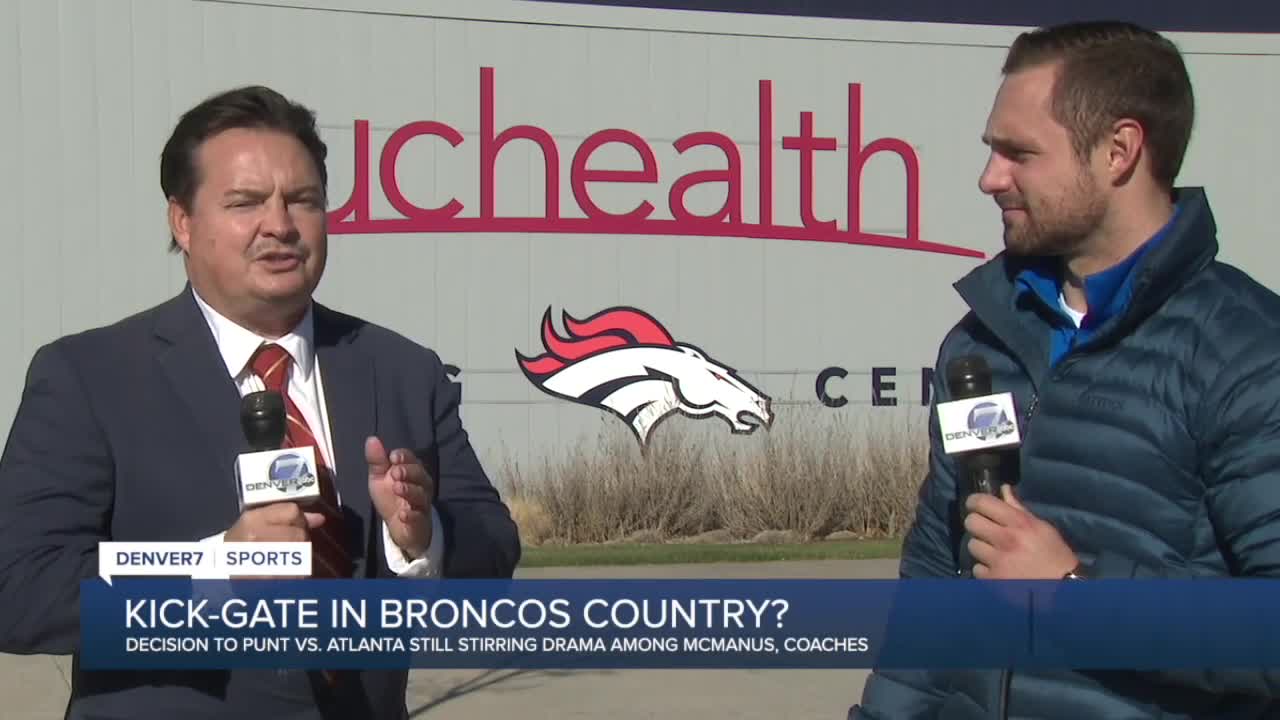 ENGLEWOOD -- A punt last week remains a kick in the pants for the Broncos.

Four days after the Broncos lost to the Atlanta Falcons, drama lingers over coach Vic Fangio's decision to eschew a 59-yard field goal and punt in the first quarter. The sequence came into question because Fangio burned a timeout and still sent Sam Martin onto the field.

“I had a strong urge to try (the kick). I believe it would have been a 58 or 59-yarder," Fangio said. "(Special teams coach) Tom (McMahon) talked me out of it and I had a strong enough urge that I wanted to think about it some more to the point where I did call a timeout.”

With McMahon (pictured above) available Thursday for the first time since the game, I asked him about not kicking in that situation. Martin executed a 26-yard punt with the Falcons taking over at their own 15-yard line.

“Well, the big thing -- what I do is I give my advice to Vic on where Brandon is during pregame with distance, and coach makes that decision from there," McMahon said. "My biggest job is when I see a situation like that -- distance at the 42-yard line, 39-yard line, 44-yard line, where I have to get involved, I give him my advice. In that case, he thought about it and made the decision to punt the ball.”

McMahon never specifically said he told Fangio not to kick the field goal as Fangio stated. I tweeted that McMahon files away McManus' pregame performance and provides that input to Fangio on long attempts, "and the coach makes the decision from there."

McManus quote tweeted it. "Must have been a different pregame. Jets game and New England I was horrible. Atlanta I was (fire). #dontsilencetheplayers," McManus tweeted.

McManus added that, "Situationally, it can make sense not to kick. I can agree with that. But not because of my warmup."

Thursday night, McManus took exception to the headline that this incident had stirred up drama. "Hasn’t stirred things up at all. I disagreed with the Head coach last year and I happened to disagree with the special teams coach this year. #MyOpinion."

McManus is enjoying his best season, converting 16 of 17 field goals, including five of six from 50-plus yards. Last season, McManus expressed his frustration on the sidelines when Fangio elected not to let him attempt a record-breaking 65-yard field goal at the end of the first half against the Chargers. The pair moved on from it as McManus explained in Thursday's tweet.

In the end, the punt against the Falcons had little impact on the game.

However, it raises an issue that traces back to Fangio. It remains well-documented that this is his first time as a head coach at any level. As such, there have been moments he has functioned more as a defensive coordinator than the boss. A year ago, he volunteered that offensive coordinator Rich Scangarello wanted to kneel at the end of the Chargers' game on Dec. 4., electing for overtime. Fangio chose to throw the ball deep, he made clear, and it led to an interference call that paved the way for McManus' game-winning field goal.

Nearly six weeks later, Fangio fired Scangarello as his offensive coordinator, and Scangarello was bothered by the Chargers incident. He was not let go because of that one moment -- his inexperience and the desire for more deep passing strikes played heavily into the decision -- but it did not help.

The Broncos boast a 3-5 record and face a must-win game against the Las Vegas Raiders. As such, this topic should no longer have legs. For Fangio, it represents an example of where he could have taken responsibility and never mentioned McMahon's name in the postgame.

He is the head coach, so these decisions stop at this desk. By bringing up the conversation to the media with McMahon, it prompted questions to McMahon and produced McManus' reaction.

Win this week, and no one cares about a punt. But lose, and it becomes a thread in the fabric of a disappointing season.

Footnotes
Jake Rodgers did not practice Thursday because of a shoulder issue. It opens the possibility that Calvin Anderson could become the Broncos' fourth starting right tackle this season (the fifth if you count Ja'Wuan James, who opted out before the season). Demar Dotson, the starter, worked on the side with trainers as he deals with groin and hand injuries. ...

Broncos rookie Jerry Jeudy practiced on a limited basis because of a shoulder issue. He is on pace to post the most receiving yards by a rookie in franchise history.