Broncos President Joe Ellis on kneeling protests: 'We could not be more proud for our players' 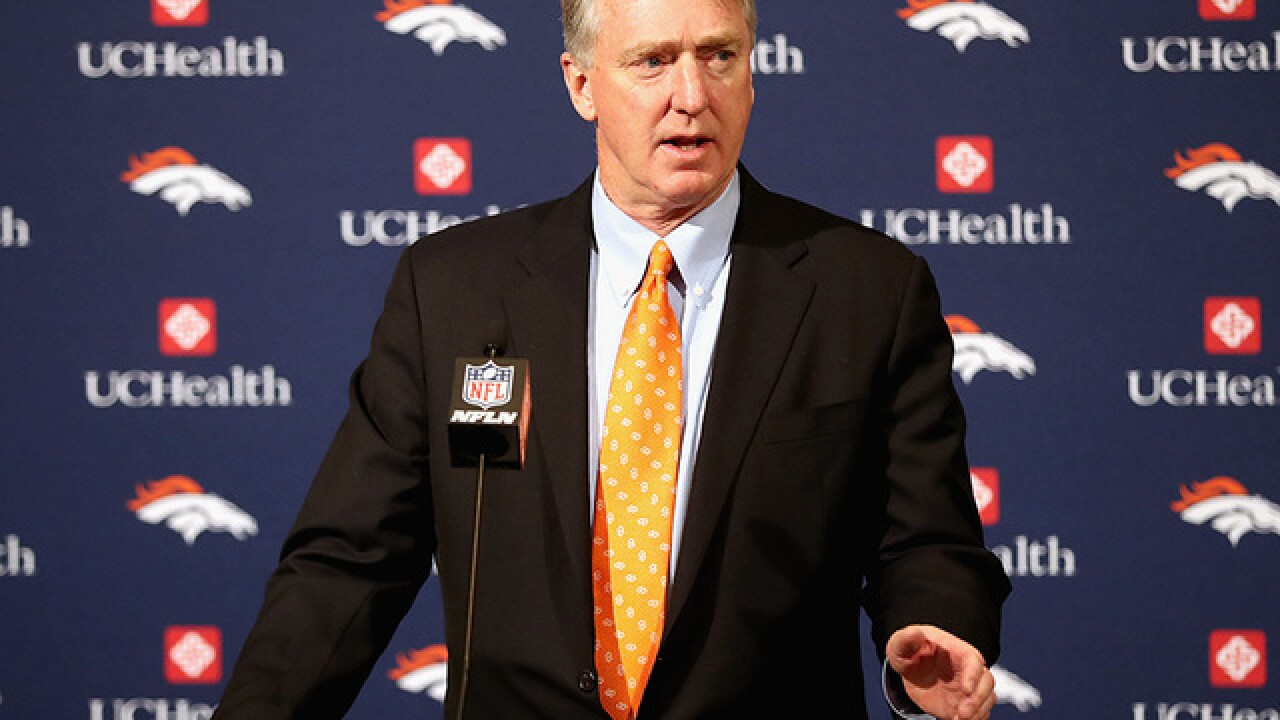 DENVER -- Broncos President and CEO Joe Ellis is joining several higher-ups among the NFL in support for his players to kneel during the national anthem, after President Donald Trump said those who do so should be fired from their teams.

"Our players have shown a tremendous commitment to raising awareness for important societal issues by using their platform in a positive way,” Ellis said in a statement sent to Denver7 Saturday evening. “In addition to their hard work off the field, we have great admiration for their dedication to making our team the absolute best it can be. They've made incredible sacrifices to reach this level, and we recognize they give their all to our team and fans each and every day.

As an organization, we could not be more proud, appreciative and grateful for our players. We'll continue to support them and work together to advocate for values of respect, diversity and inclusion,” he said.

GALLERY: Dozens of athletes kneel during the national anthem in defiance to Trump

During the rally on Friday night, Trump remarked that if fans would "leave the stadium" when players kneel in protest during the national anthem, "I guarantee, things will stop."

Trump also said NFL owners should respond to the players by saying, "Get that son of a bitch off the field right now, he's fired. He's fired!"

In response, NFL teams — including the Denver Broncos — kneeled, locked their arms and raised their fists in a show of unity against the president and his remarks.

But the protests didn’t come as a result of Trump.

Last year, Colin Kaepernick – who was with the San Francisco 49ers, but who is currently without a team -- drew national media attention for refusing to stand during "The Star-Spangled Banner" prior to kickoff, spurring both support and backlash from players and fans alike.

The Saturday backlash came after Trump tweeted early in the morning that he would withdraw his invitation to invite two-time NBA MVP Golden State Warriors player Stephen Curry to the White House after “hesitating” to make the champions’ trip to Washington, D.C.

Curry said Friday he did not want to make such a visit.