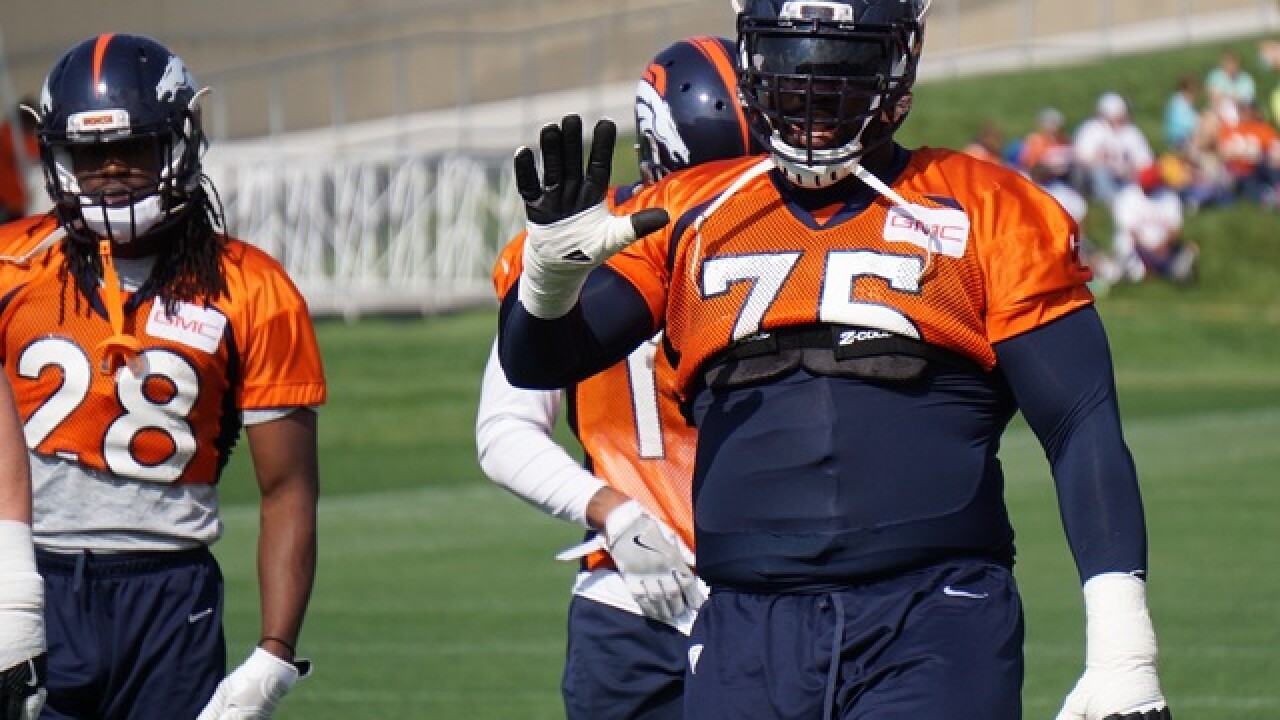 ENGLEWOOD, Colo. -- August brings clarity. And what was assumed with Menelik Watson before camp crystallized over the past three weeks. He has no future with the Broncos.

Sources confirmed the Broncos will place the offensive lineman on injured reserve with a pectoral injury then release him when healthy. Watson will count $6.8 million against the cap this season, but the Broncos were left with no choice as they attempt to upgrade their roster. Watson failed at left tackle in seven starts last season, his first with the team, before foot and calf injuries landed him on injured reserve.

With Watson unable to pass a physical this offseason, the Broncos brought him to camp as one last attempt to salvage their investment after he signed a three-year, $18.75 million deal. Watson moved to guard, but failed to gain traction. He suffered a pectoral injury recently. Watson is a mammoth of a man -- 6-foot-5, 315 pounds -- but has been unable to stay healthy. A former college basketball player, Watson has never played more than 12 games in four seasons. Watson will count $1.3 million against the cap in 2019 as well as part of his pro-rated signing bonus.

Watson was listed at second string right guard, but Jeremiah Poutasi played those snaps last Saturday against the Bears.

The Broncos have consistently been one of the best teams at preventing dead cap money. But this camp they could inflate the number to move on from mistakes. Third string quarterback Paxton Lynch is also expected to be cut or released if a trade market fails to develop.