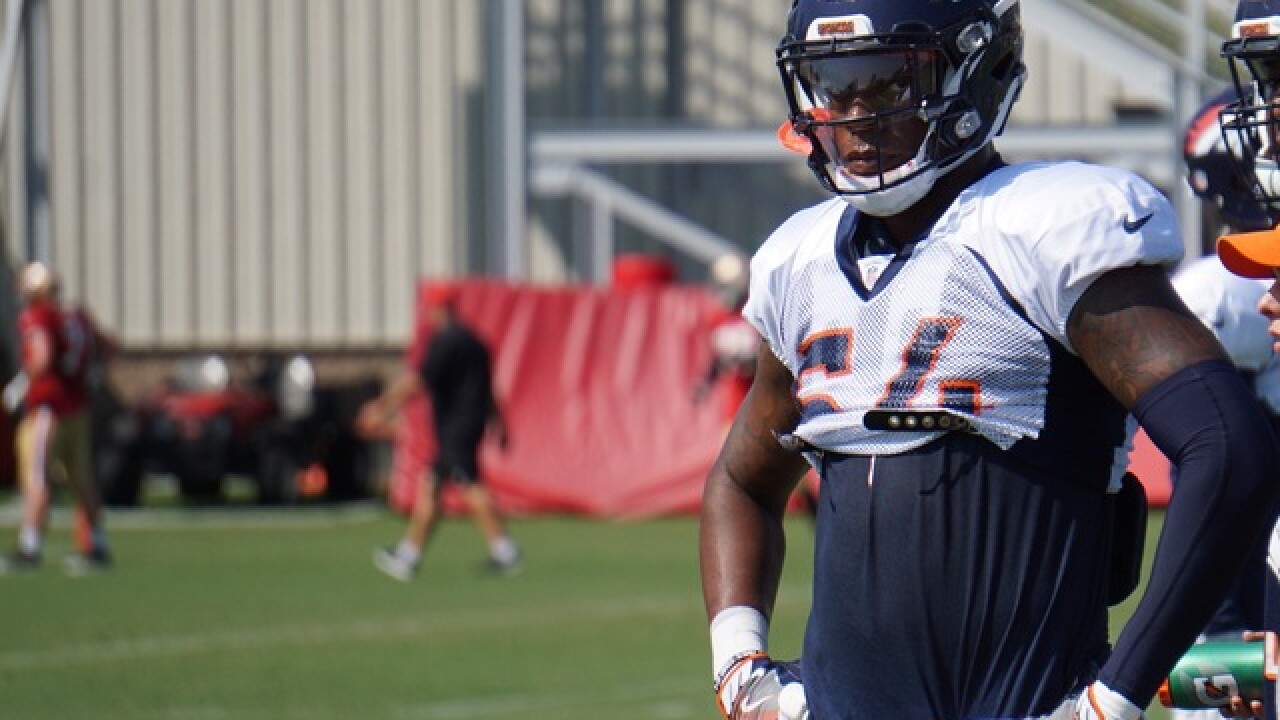 DENVER -- The Broncos continue to demonstrate a first priority this offseason was securing their second line of defense.

A few days after re-signing Todd Davis to a three-year, $15 million contract, the Broncos will keep linebacker Brandon Marshall. His 2018 salary becomes guaranteed on Monday, and an NFL source told Denver7 he will return.

Marshall battled through an injured shoulder last season that he has let heal through rest and rehab over the last 11 weeks. Despite playing through shoulder pain from the third game of the season, Marshall finished with 106 tackles and three sacks, rebounding from a disappointing 2016 campaign.

A former practice squader, Marshall worked his way into starting status through stellar effort on the scout team. He formed a dynamic duo with linebacker Danny Trevathan in 2015, helping the Broncos win Super Bowl 50. Marshall, 28, agreed to a four-year extension worth $32 million, with $20 million guaranteed in June 2016.

The Broncos continue to seek upgrades this offseason through free agency and, eventually, the draft. They are looking to add a right tackle (Oklahoma's Orlando Brown is an interesting candidate if he falls out of the first round), tight end and possibly cornerback and safety depth. Denver became part of Saturday's NFL conversation when the Jets traded for the Colts' third overall pick. The Colts moved back three spots in the first round and added a trio of second-round picks, including two this season.

It suggests the Jets will take a quarterback. It also means the first three picks in the draft could be quarterbacks. The Broncos own the fifth pick overall, and have the flexibility of not taking a signal-caller after signing Case Keenum to a two-year, $36 million deal , with $25 million guaranteed. As such, the Broncos can remain open for business if a team like Buffalo or Arizona wants to move into the top five.

Denver, too, can stand pat and take the best player on the board such as guard Quenton Nelson, defensive back Minkah Fitzpatrick, defensive end Bradley Chubb or wide receiver Clavin Ridley.

The Broncos also have decision to make on safety Darian Stewart. His 2018 salary of $4.5 million guarantees Monday as well.