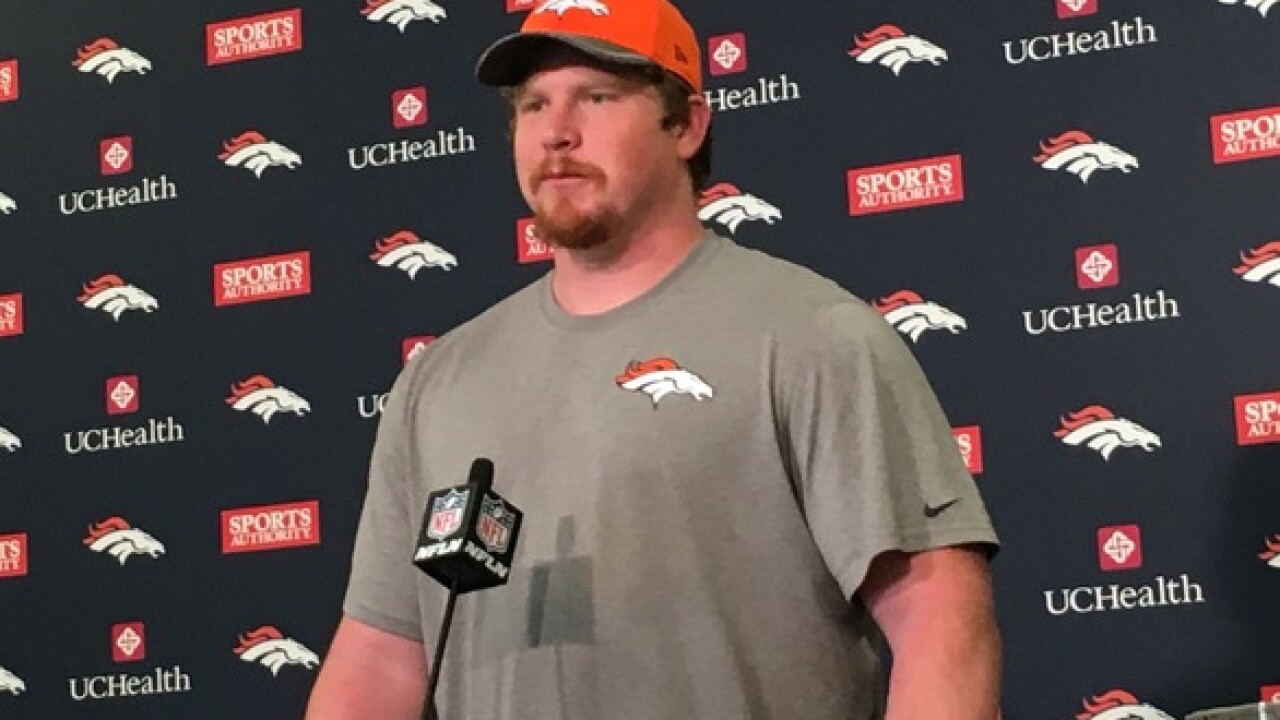 DENVER -- Landing free agents remains a top priority as the Broncos attempt to rebound from a forgettable 5-11 season. However, retaining key players is also critical.

The Broncos made a move toward keeping center Matt Paradis and outside linebacker Shaquil Barrett on Monday, placing second-round tenders on the starters, according to multiple NFL sources. They did not place a tender on receiver Bennie Fowler, leaving him likely to move on.

Paradis and Barrett have an April 20 deadline to sign their tenders.

The tender on Paradis and Barrett is $2.914 million, a worthy pay raise for significant contributors. Paradis has not missed a snap in three seasons, and is healthier now than at any point in his NFL career. For the first time he's been able to experience a normal offseason without dealing with hip pain or rehabbing from hip surgeries.

"Yeah, it's been pretty exciting to actually train," Paradis told Denver7 on Monday. "I am excited to get back and work with (new strength coach Loren) Landow (who started this week)."

Barrett, a former Colorado State star who worked himself up from the Broncos practice squad, netted 11 sacks over the past three seasons. He started nine games a year ago following Shane Ray's left wrist surgery.

Per the collective bargaining agreement, Paradis and Barrett can talk with other teams until they sign their tenders. However, the Broncos would have five days to match any offer or take a second-round draft pick for the player. The second-round tender suggests the Broncos prefer to keep both. Barrett presents an interesting situation. In a weak free agent class for pass rushers, it is possible a team might attempt to sign him.