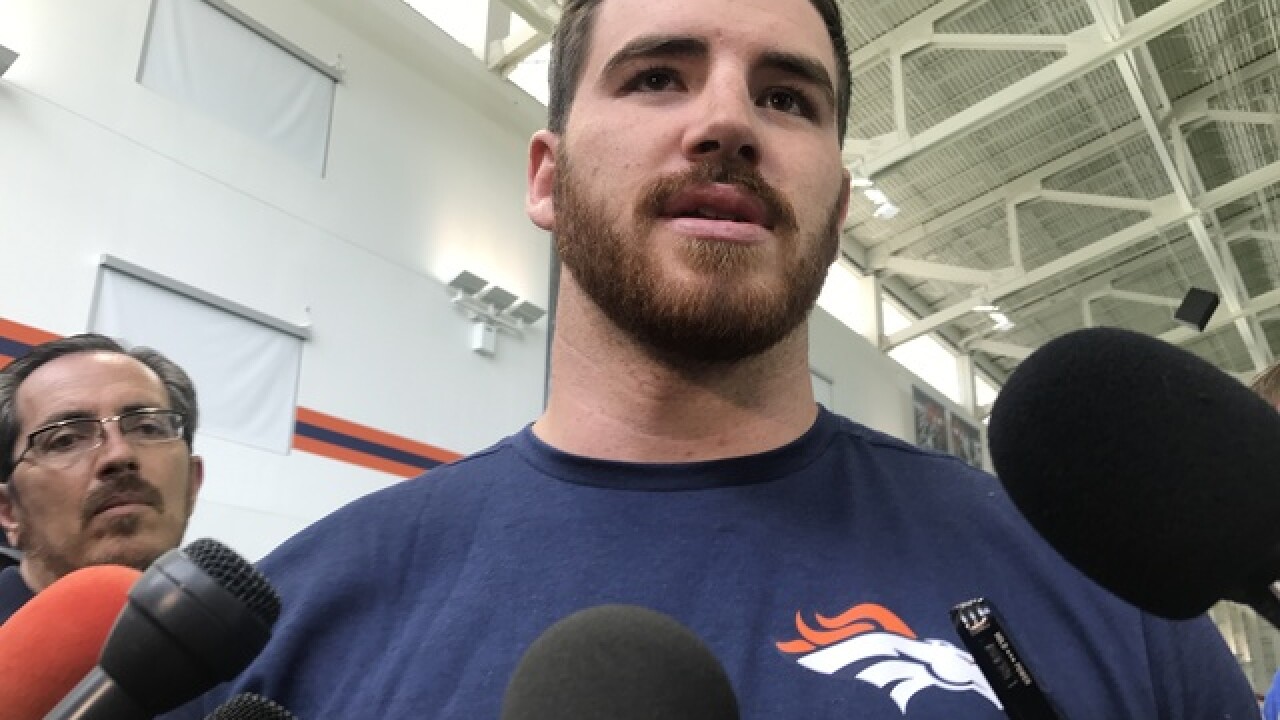 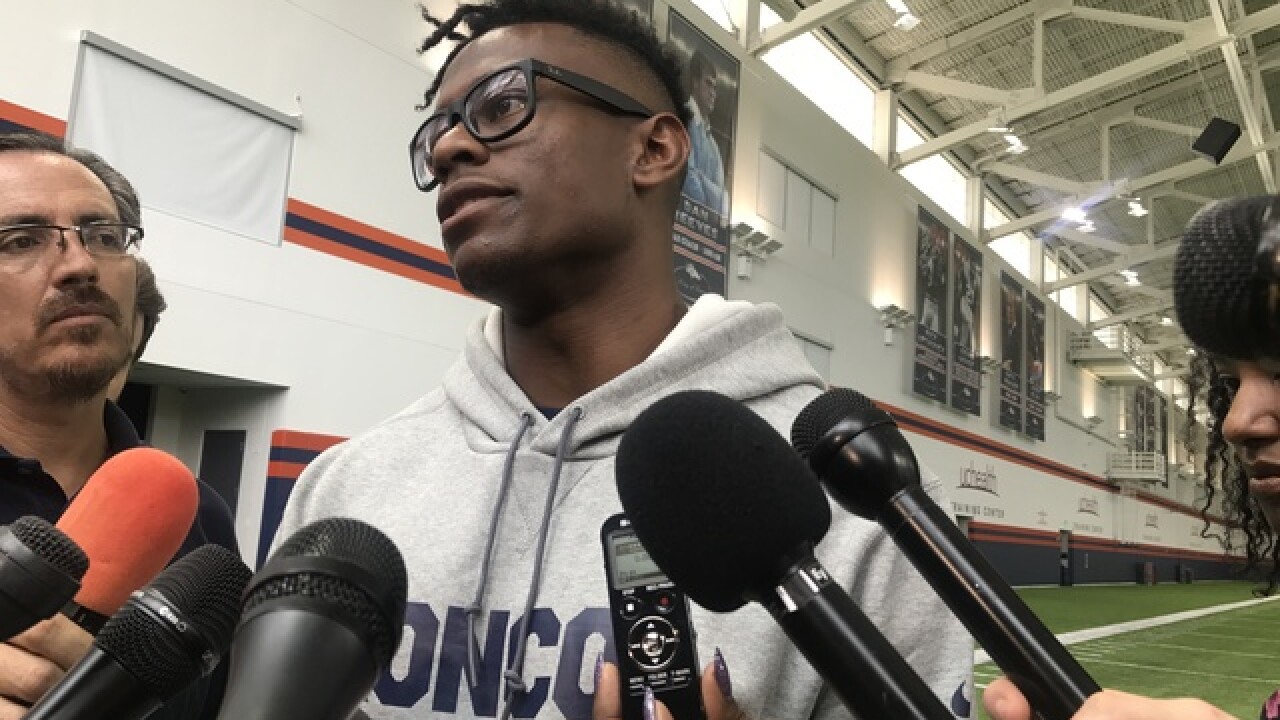 Phillip Lindsay and Sam Jones had to pinch themselves as local kids wearing Broncos team-issued gear for the first time. DaeSean Hamilton and Josey Jewell had to adjust to the altitude, recognizing they were not at sea level anymore.

The Broncos rookies arrived on Thursday and went through orientation on Friday morning and a workout in the afternoon. The first practice available for media viewing arrives Saturday.

The new kids received a blizzard of information on how to be pros at Dove Valley.

"It's surreal," said Lindsay, an undrafted free agent, who will wear No. 2. "It's about being accountable to your teammates, to your coaches, to yourself. I have to get in where I fit in, and right now that’s learning and listening and being quiet. My place is to listen to the veterans and listen to the coaches, take what they want and establish it on the football field.”

Lindsay and Jones not only share a lifelong affinity for the Broncos -- Jones admired All-Pro guard Mark Schlereth growing up -- but a similar path to the roster. Versatility remains critical. Lindsay will return punts, kicks and work as a slot receiver, if possible. Jones can play multiple positions along the offense line. He hopes working out with the likes of Ron Leary before the draft will accelerate his progress.

"Those guys are where I want to be. They are obviously a couple years ahead of me on the journey. Just anything that I can soak up from the vets is obviously super valuable to me. They are all great guys. They’ve all been helping me out," Jones said. "I feel like I fit in well. I’m excited to get to work.”

Hamilton, who will don No. 17,  brings a reputation as a precise route runner, with the Broncos hopeful he will challenge for snaps as a slot receiver. George Coghill, a former Bronco, served as his position coach in high school. As such, Hamilton arrived with insight to Denver and the Broncos. One thing Hamilton brings is an edge. He was not thrilled with how long it took for his name to get called during the draft.

Jewell brings a nickname -- The Outlaw -- and a reputation as sound tackler. He paid attention to the fine print in college, learning and mastering his technique on hits. Will that translate to the pro level? Speed will be a question, but not football IQ or a willingness to play multiple roles.

"This defense is crazy. They've got a lot of playmakers on the defense already. Bringing in the other draft picks up on the front end. They’re just good all-around and it’s an exciting thing to be part of," said Jewell, who will wear No. 47. "Hopefully I can come into special teams and help the coaches, help the players as much as possible there. Then if my role extends, that’d be awesome. Whatever the coaches see fit.”