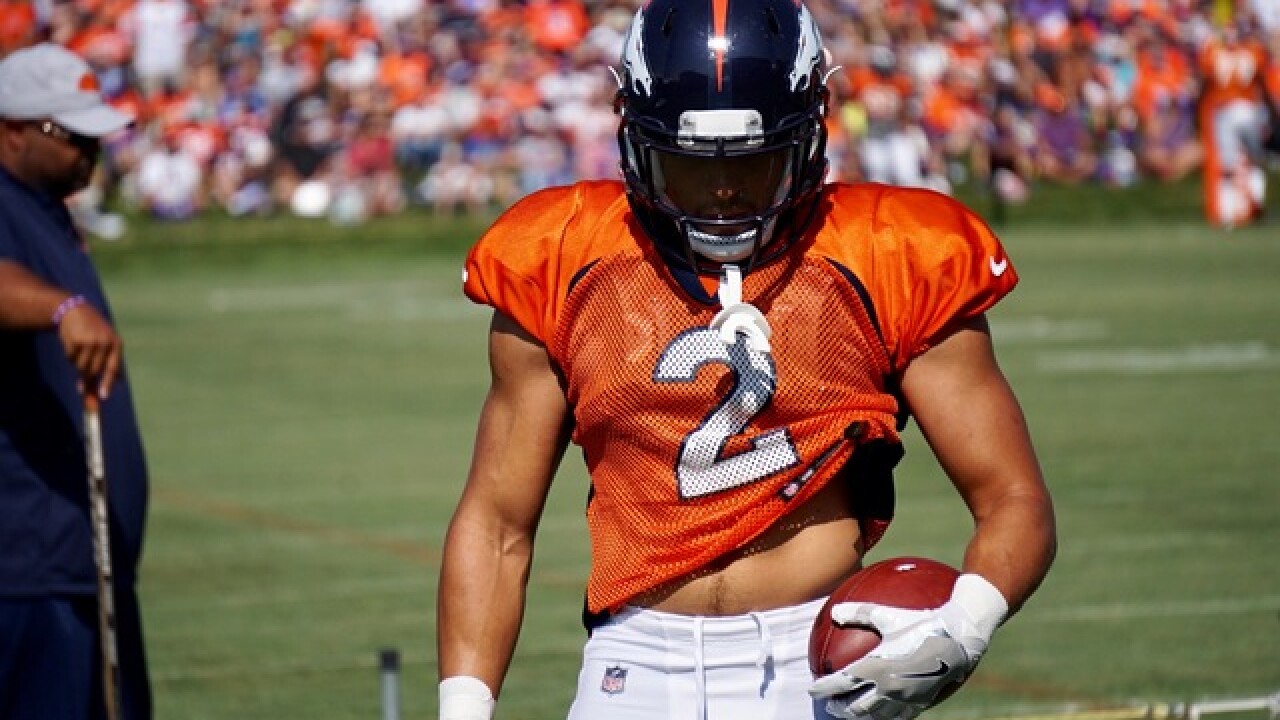 Wake up. Pinch self.

He is the first player from the Broncos Futures Football Program to reach the NFL. From middle school stalwart to high school standout to University of Colorado star, no one boasts deeper local roots than the running back.

But if you think the Broncos' undrafted free agent remains satisfied, then you don't know Lindsay.

The idea of Lindsay landing a roster spot became realistic after the first training camp practice. Linebacker Brandon Marshall let it slip that Lindsay would be the team's "third-down back." The derby remained open, but crystallized with each preseason game. Lindsay caught a touchdown pass at home, and finished the summer with 70 yards on 13 carries.

"This is not a fluff story because he's a local kid," coach Vance Joseph said. "He's earned the right to be here."

For Lindsay, the experience is a bit surreal. He grew up rooting for the Broncos, watching Demaryius Thomas and Emmanuel Sanders. His favorite memory was when quarterback Peyton Manning signed, an addition that led to a pair of Super Bowl appearances and a title in 2015.

"Getting Peyton is the best moment anybody can have. He's the sheriff," Lindsay said. "It's so cool how he demanded excellence from everyone."

Lindsay held a similar role in college. All but one of the Broncos' 10 draft picks served as college captains. And Lindsay filled that role as well, helping CU's program rebound during his time in Boulder.

Playing at home brings advantages. But it can also create issues, like a fishbowl existence full of pressure and distractions. Lindsay insisted that's not the case for him.

"It's easy for me because I am who I am. I don't try to flaunt myself. I am respectful. If people want to talk to me, I talk to them," said Lindsay, who is wearing No. 30 with the blessing of Hall of Famer Terrell Davis. "I just go on. It's normal. Everyone has a job, making a living, and this is mine."

Lindsay rooted hard for the Broncos. He dreamed of playing for the team. Now, his family and friends will be cheering him from the stands.

"I didn't go to Broncos games growing up because we didn't have the money. And two, I was mentally focused on my seasons, starting when I was in Little League to high school to college. I just went down the road," Lindsay said. "It doesn't mean I didn't watch the games -- I did. It's cool to be here with players like Demaryius and Emmanuel. Now, I am ready to do my part to help us win."