Lindsay made history, but believes can do more 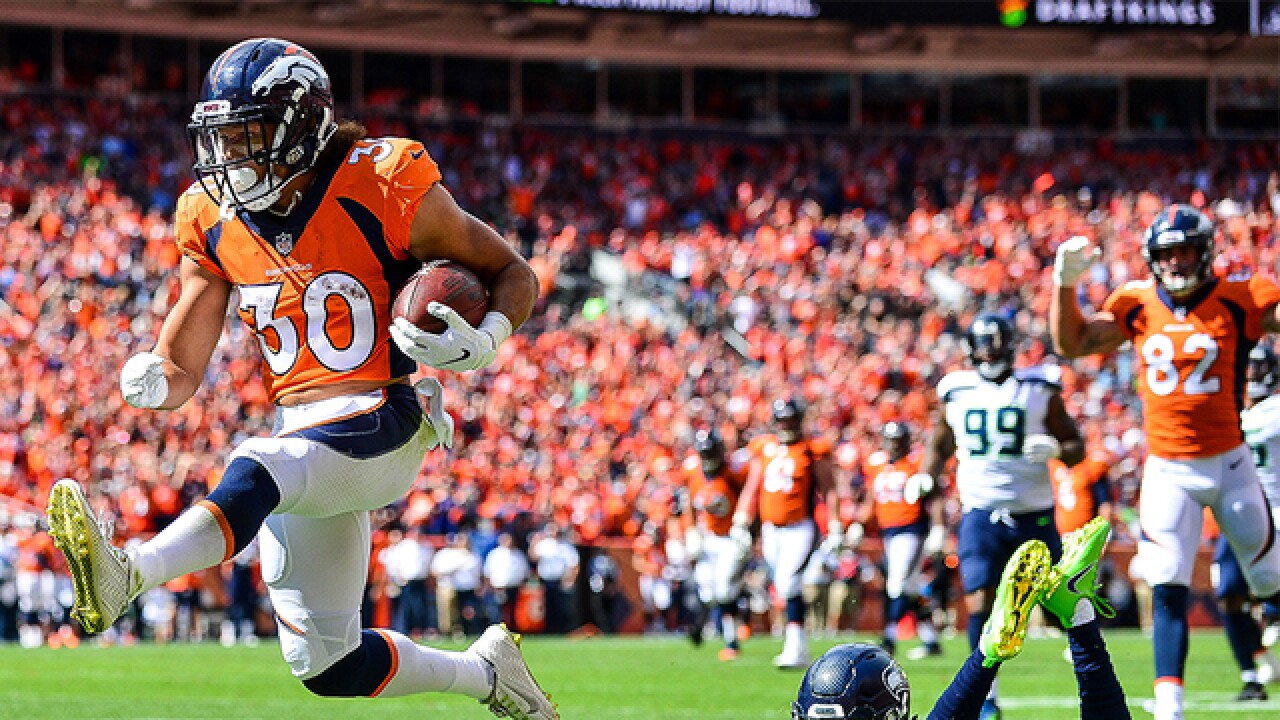 ENGLEWOOD, Colo. -- Phillip Lindsay's motivation never exits. It has left an indelible mark. Across his chest, the tattoo reads: Undrafted.

The idea that Lindsay, a bellcow at the University of Colorado, was passed over 256 times by times in the NFL's 2018 selection process remains hard to comprehend. He was unable to score an invite to the NFL combine in the weeks prior -- he has joked of holding his own combine with his own gear -- hinting of his precariously low profile.

"As (coach) Vic (Fangio) said, there are 32 dumb dumbs that didn’t draft him and I was one of them," Broncos general manager John Elway said. "Thank God we talked him into coming here.”

Lindsay responded to the slight by making the team then making history. After signing with the Broncos for $15,000, Lindsay dropped jaws with his speed, purpose and passion.

"When did I know he was going to be on the roster?" recalled former linebacker Brandon Marshall. "The first day of training camp."

Lindsay became the first undrafted rookie offensive player to make the Pro Bowl. With a late push last month, he now boasts this line on his LinkedIn resume: the only undrafted player to eclipse 1,000 yards rushing in each of his first two seasons. It has created a pathway to a payday, but has done nothing to quench his thirst for greatness.

"I need to keep working." Lindsay said, "so I can find ways to be in the top (of the running back position)."

Per the collective bargaining agreement, the Broncos can rework Lindsay's contract. Elway has never done it for a player in this spot, but he's never had a player like Lindsay. When I asked Elway about a new deal for the former local prep and college star, he admitted he's open to it.

"Yeah, we’ll look at that. Again, we’ll get back into when we start planning and budgeting for 2020 and where we are money-wise. Obviously, Phillip has done a tremendous job and being the first college free agent to go over 1,000 yards (in two consecutive years to start his career)," Elway said last week. “He’s been tremendous, and he’s got a heart the size of his whole body. The way he works. We’ll look at that. We’ll see where we are budget-wise, but yeah, that’d be something we’d look at."

Lindsay remains optimistic. He is entering the final season of a three-year, $1.725 million contract, which he has outperformed. He's in line for a 2020 raise, possibly worth as much as three times his current deal.

"I am hopeful. It is obviously something I would like to happen for me and my family," Lindsay told Denver7. "We will see if something can get worked out. It won't change my approach."

As an emerging leader as part of the team's young core, a group that includes Bradley Chubb, Courtland Sutton, Dalton Risner and Drew Lock, Lindsay eyes 2020 with a different perspective. This offseason he is no longer a patient, but a man with unlimited prospects. He explained that he could not lift upper body weight until three days before training camp last summer after undergoing surgery to repair ligaments in his right wrist. This offseason, he has a new place -- he's no longer living at his parents' house -- and a narrow focus. He believes the Broncos can return to the playoffs next season, and he must excel not just on the ground, but in the passing attack where he failed to make an impact. Lindsay matched his 35 receptions from his rookie year, but his yardage dipped from 241 to 196 and he failed to score.

"I want to show the coaches they can trust me more, and use me more," Lindsay told Denver7 near the end of the season. "I will study even more and get better."

To that end, he plans to work with Theo Riddick and Emmanuel Sanders, among others, on his route running. Lindsay is a mismatch in space, but needs to refine his technique.

"It's about repetitions." Lindsay said before talking big picture. "We gave some games away. Next year we are going to take games. We have the tools. We are going to get a few more pieces in the draft and free agency. For me, I need to do my part to help us win. And if everyone does their part collectively, we are going to be a great football team."

The Broncos are close to contending. Their 7-5 record over their final 12 games screamed as much. But boosts are required. The Broncos ranked 20th in yards per game (103.9), 14th in attempts and 21st in yards per carry. If those numbers aren't flirting with top 10 status next year, the playoffs will be a mirage not a reality. There's no reason Lindsay can't produce 1,500 yards from scrimmage, though to maximize him the Broncos might need to add another running back to compete with Royce Freeman for playing time.

Lindsay feels an obligation to help steer the franchise back on course. He grew up in Denver rooting for the Broncos even though he could not afford to go the games. He read Hall of Famer Terrell Davis' book as a kid, and celebrated the three Super Bowl titles. He connects with fans, signing autographs before games and talking selfies.

"I feel a responsibility when I look up and see them wearing my jersey," Lindsay said. "I want to give them a winner."

His motivation never leaves and remains clear. He sees it everyday in the mirror.