Broncos' Phillip Lindsay ejected for throwing a punch against Ravens 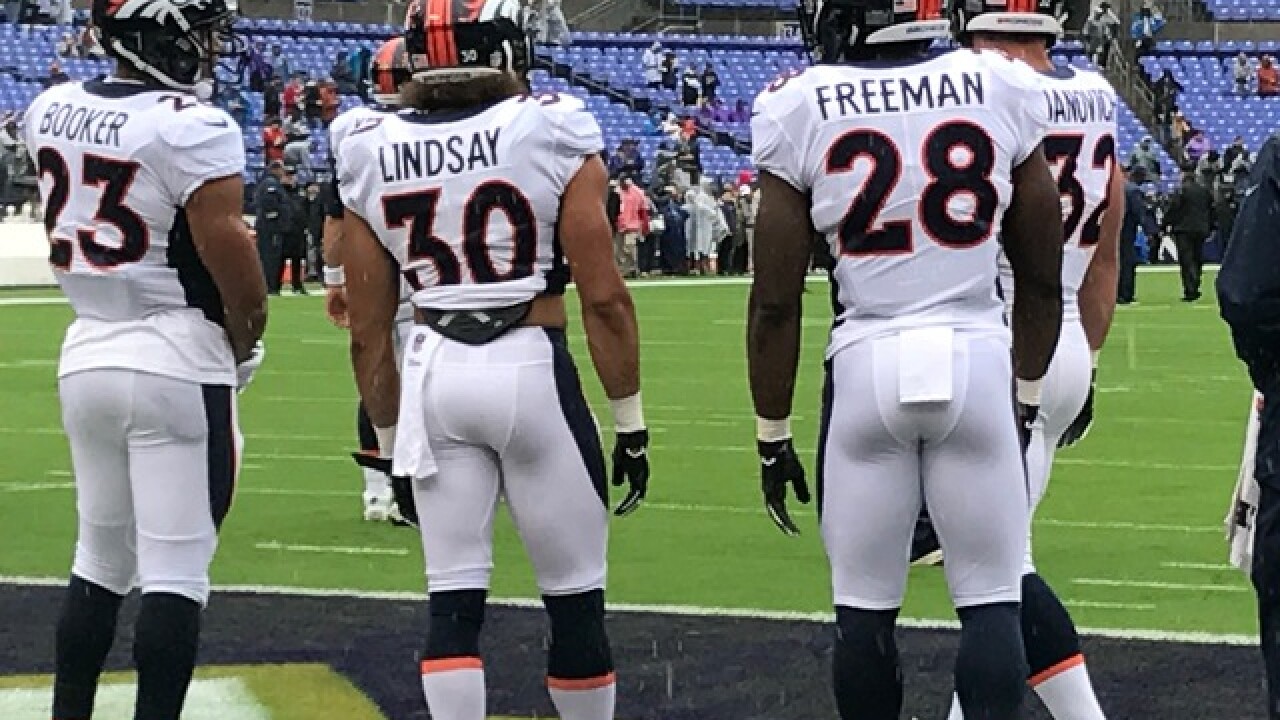 Late in the first half against the Ravens, officials ejected Lindsay for throwing a punch as he joined a scrum during a fumble recovery.

"To be smart. That's the lesson," Lindsay told me. "I have to be smart. I am fighting for my teammates, and I can't do that if I am sitting here in the locker room."

Cornerback Chris Harris Jr. returned a blocked kick for a touchdown moments earlier. However, it was negated by nose tackle Domata Peko's illegal block as Bradley Bozeman flopped from a one-armed push 20 yards behind the play.

"We never got an explanation, really. They said 77 but he wasn't on the field. And then they said 37, and we don't have a 37," Peko said of the penalty that was announced against right tackle Billy Turner, who wasn't in the game. "It's (expletive) tough. But we have to be more disciplined, especially on the road."

Rather than a touchdown, the Broncos took over. And it was over and out for Lindsay.

Ravens linebacker Terrell Suggs slammed into Broncos quarterback Case Keenum for a sack, jarring the ball loose. As players dived into the pile, Lindsay raced in to help. According to multiple players on the field, the incident grew intense because several Broncos felt the whistle had blown with Jared Veldheer recovering the ball. He was hit by a Ravens player, leading to Lindsay's reaction to help.

On the ground, Lindsay tangled with a Ravens defender and either jabbed to keep the player's hands off him or punched. He was lying on his back. The refs saw a punch -- a questionable call -- leading to Lindsay's removal.

He finished with 20 yards on four carries, and no receptions.

"It's my first time ever getting ejected, so yeah I was surprised," Lindsay said. "It's not in my character. That's not who I am. I love the game of football."