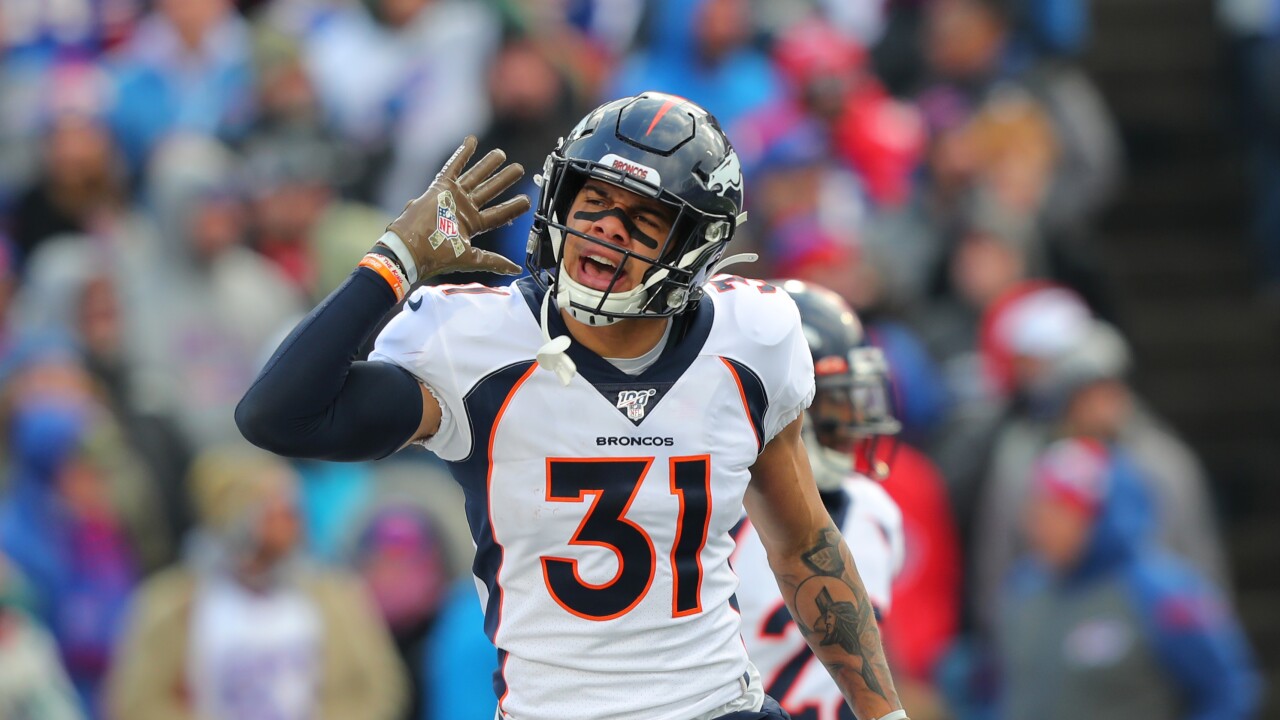 DENVER — The Broncos' game against the New England Patriots has been postponed to Monday over concerns about positive COVID-19 cases among the Patriots, sources confirmed to Denver7 on Thursday.

A decision needed to be made Thursday, as the timing of the game would impact practices and other scheduling into the weekend. The expectation is that the game will kick off at 3 p.m. Mountain Time on Monday, but that is not official. It is not expected to change quarterback Drew Lock's availability this week. Brett Rypien remains in line to start with Lock progressing on a path to return against the Dolphins next Sunday.

No Broncos players have tested positive for COVID-19. The decision was not universally embraced by Broncos players. Veteran defensive end Shelby Harris was upset, tweeting, "Why are we getting punished when we did nothing wrong. Pats go on a bye next week and we are stuck on a short week playing the Dolphins. ... help it make sense."

Broncos kicker Brandon McManus viewed the situation through his lens as the union player rep.

"Obviously we prepared for the game on Sunday and want to play on Sunday, but if the league thinks best possible chance to play the game is Monday than I hope they are right which allowed our players to get paid rather than cancel," McManus told Denver7.

The Broncos-Patriots adjustment comes as the league is also working to contain an outbreak of cases among the Tennessee Titans, whose Week 4 game against the Steelers was postponed after several positive cases.

The Broncos received word Thursday afternoon that the game had been moved back, and that more information would follow. A driving force in decision was the safety of the Patriots. Not only would it allow another day of testing, but it would provide a potential practice path. The Patriots have not been in their building the past few days, and have not worked out since facing the Chiefs on Monday night.

Broncos fans have groused that it is unfair because it increases the chance that Newton will return -- he's been one of the league's top players this season -- and forces Denver to play Miami on a short week. The Broncos, however, have been preparing as if Newton would play.

Reserve Broncos offensive tackle Calvin Anderson summed it up this way on Twitter:
"Us:
-- Follow protocols
-- Have no positive tests
-- Mitigate risks as a team
Result when opponent has multiple positive tests:
--Game is postponed and our team is forced into a short week the following game.

In truth, there are no ideal scenarios anymore.

"I am thankful to be playing the game, especially during these times, man!" Dalton Risner told Denver7. "Let's go get a W."

The NFL began this season determined to everything right. But watching society in general and Major League Baseball specifically -- the other sport staged outside of a bubble -- the sport braced for hiccups. The Titans have let the NFL down -- at least that is the league's view -- and have left America's most popular sport scrambling with scheduling issues.

It landed on the Broncos' doorstep this week.

The Broncos wanted to play Sunday, a sentiment expressed by general manager John Elway, coach Vic Fangio and the players. But, they were bracing for this potential outcome.

"There is talk going on. Guys on teams talking with guys on other teams asking what’s the feeling around their place. From my perspective, most of the guys that signed up for the season knew there was going to be some type of bumpy road along the way. Guys that are playing wanted to come out here and they want to play. Obviously, they want to get paid to play," Broncos safety Justin Simmons said. "We knew this would be part of the process. A lot of organizations have handled it well, and a lot of times that has to deal with luck and not necessarily doing it better than other places. That’s just how it goes. We have to be able to stay on top of that, speaking specifically for Denver. Talking about going to New England -- we have to trust what’s happening in New England. They’re doing what they’re doing. We’re doing what we need to do so when we’re playing."