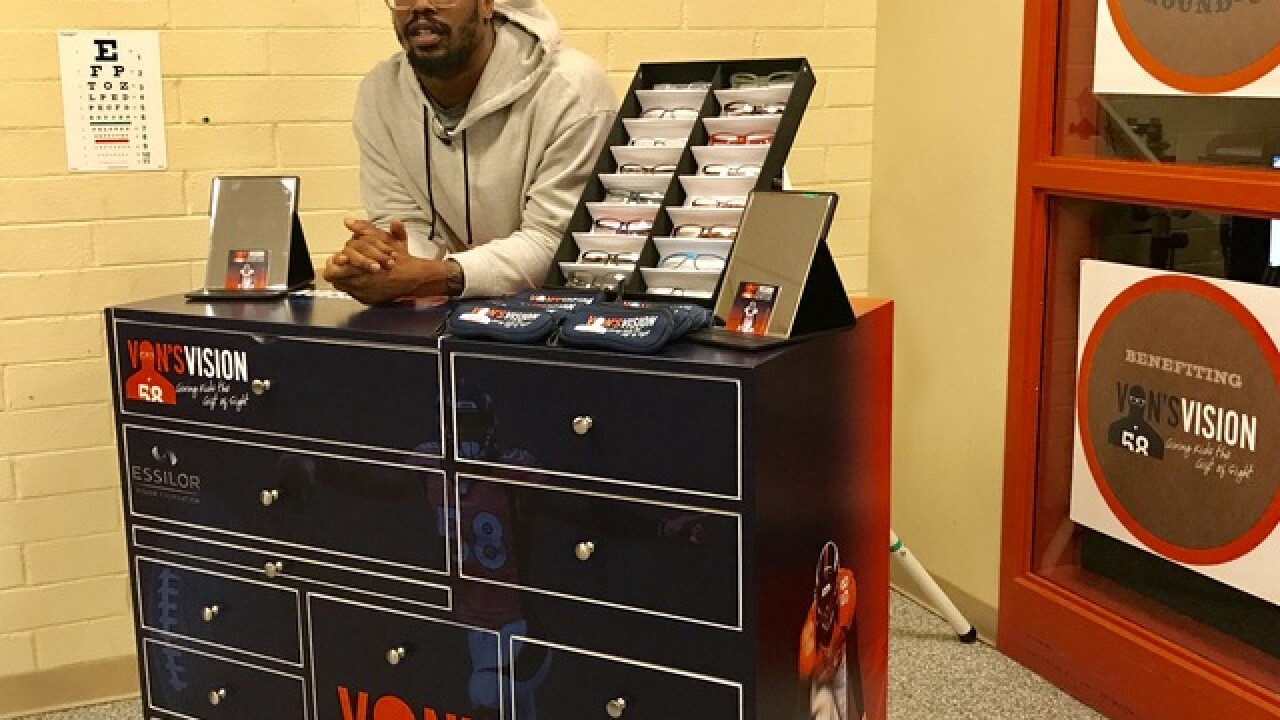 ENGLEWOOD, Colo. -- The question is simple. The answer often telling.

The answer hints of progress, and the work required to dig out of a 3-6 crevice back into the playoff conversation. The Broncos rush the passer and run the football effectively. It has not translated to more wins, but gives them a foundation to build on moving forward over the final seven games and into next season.

Let's start with the pass rush. While the selection of linebacker Bradley Chubb can be debated -- should the Broncos have taken a quarterback? -- his production cannot. He owns eight sacks, and is on pace to equal or eclipse Jevon "The Freak" Kearse's NFL single-season sack record of 14.5 set in 1999. All-Pro Von Miller owns nine sacks, putting him in position to threaten his career-best of 18.5 in 2012. No NFL tandem has more than Miller, who needs one sack to reach 100 in his career, and Chubb's 17 sacks.

"I am looking forward to going up against (Philip) Rivers," said Chubb, who met the quarterback last spring at N.C. State. "But I know he will get rid of the ball quickly."

In a league dizzy drunk with good quarterbacks, a rush is necessary. The Broncos sit tied for seventh with 28 sacks, three shy of the league lead. This represents a significant upgrade from a year ago, and reflects the stardom of Miller and Chubb, who have combined for 11.5 sacks over the past four games.

Remember, the Broncos collected 33 sacks last season, a woeful 22nd overall. It continued a precipitous drop from a NFL-zenith 52 in 2015, and 42 in 2016. As such, the progress is real, and meaningful. It has left Miller optimistic.

"We still have games left. We still have opportunity. Going back to the Super Bowl, me winning it and me being Super Bowl MVP, that was a longshot," Miller told me on Wednesday night at his Von's Vision event. "I live in that world. Here we are again the longshots. I am 100 percent comfortable. We just have to keep grinding."

He's right. Sort of. What the Broncos need to do is keep a lead. Despite the talk of fast starts, that's not an issue. The Broncos rank second in the NFL in first-quarter points. Getting a lead has not been as much of a problem as holding it. (This seems straight out of the car rental scene in Seinfeld).

Improvement suggestions abound. But it's hard to argue against running more. The Broncos average 126.7 yards per game, ninth best. They own 5.16 yards per attempt, second overall. And yet their 24.6 carries sit 20th. It's easy to see why the ground attack should form the basis for the offense. Too often, the Broncos abandon it, either by choice or by nature of the score.

The problem? Case Keenum has played better, but not well enough to win games. Using play action has helped, as has the emergence of tight end Jeff Heuerman. Keenum is playing like a more durable version of Trevor Siemian in 2016. OK, but not good enough. Can he play better? He believes so.

But moving forward, the Broncos need to enhance what they do well. Rush the passer, and rush the football. It won't allow them to save this season, but it will provide a sliver of hope for the future.