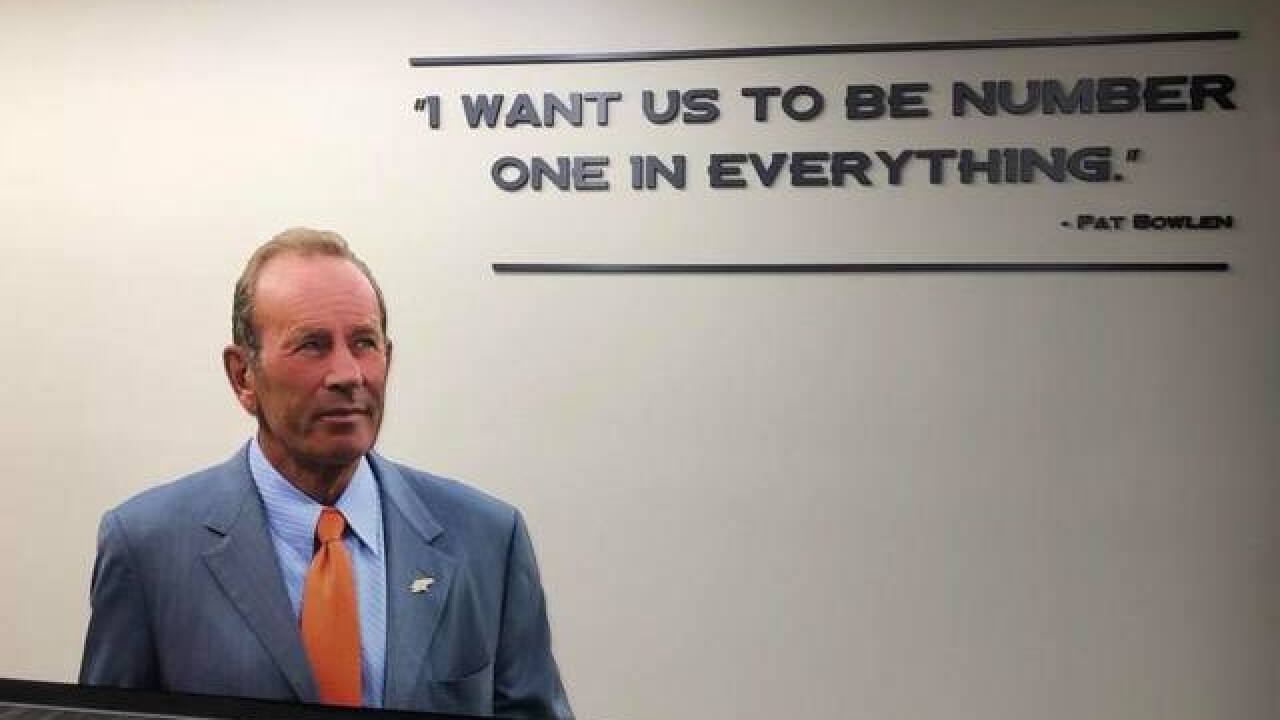 Copyright 2018 Scripps Media, Inc. All rights reserved. This material may not be published, broadcast, rewritten, or redistributed.
<p>Inspirational quote of Pat Bowlen as seen during a tour of the upgraded training facilities for the Denver Broncos at Dove Valley.</p>

Giovanni Ruscitti, Bowlen’s attorney from the Berg Hill Greenleaf Ruscitti law firm in Boulder, filed the brief on his client’s behalf. The filing asserts that granting a stay will “prejudice” Bill Bowlen.

In late October, Bowlen filed a lawsuit asking the trustees be relieved of their duties. The trustees — Broncos president/CEO Joe Ellis, team counsel Rich Slivka and Denver attorney Mary Kelly — responded with the stay request and asking the NFL for arbitration with two of Bowlen’s daughters, Beth Bowlen Wallace and Amie Bowlen Klemmer.

In the document, Bill Bowlen’s legal team called the trustees’ request “nothing more than a delay tactic and attempt to interfere with the Court’s ability to decide important issues relating to (the) Defendants’ misconduct.”

At the center of Bill Bowlen’s objection: His case should not be delayed while the trustees’ request to the NFL for arbitration is considered.