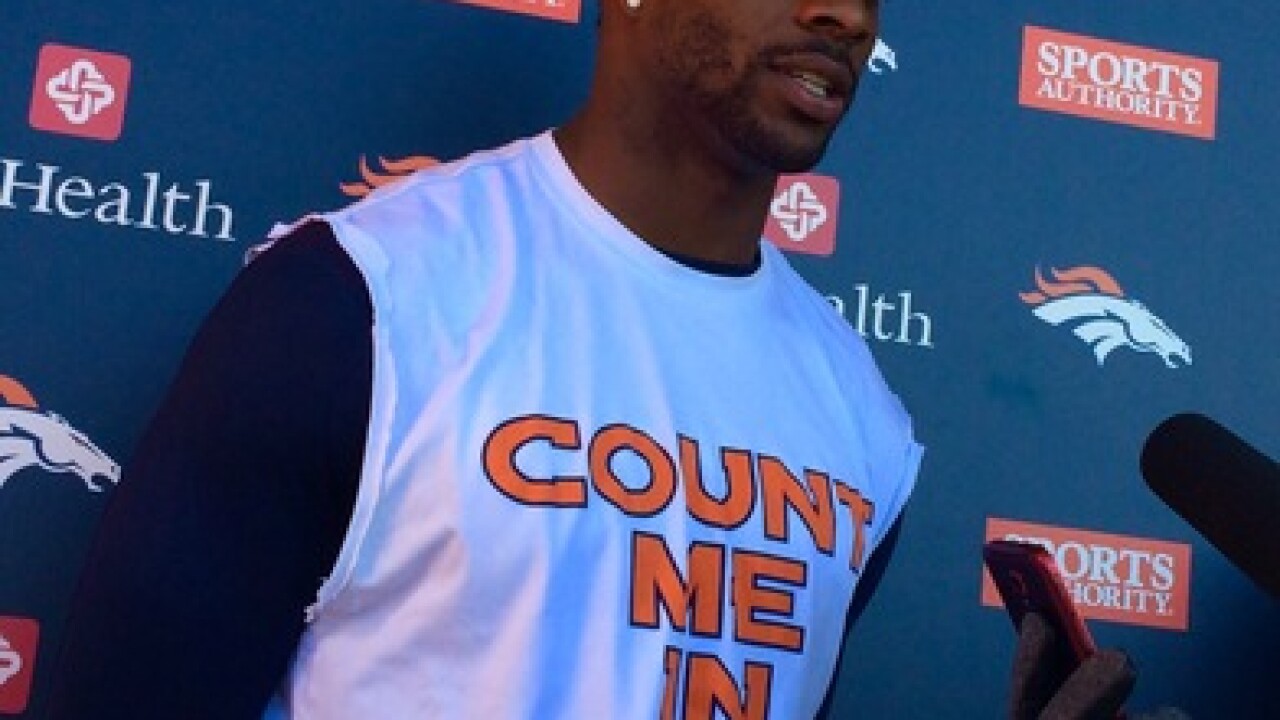 CENTENNIAL, Colo. -- Tired of getting pushed around, the Broncos offense punched back on Monday. Literally.

Late into a spirited practice, wide receiver Emmanuel Sanders attempted a double move against cornerback Chris Harris. He appeared to be breaking free as quarterback Mark Sanchez floated the ball toward the end zone. But as the ball hung in the air, Sanders headed to the ground. Harris pulled him down, resulting in a pass interference. That hardly satisfied Sanders. He pushed Harris and began throwing punches. Harris punched back. Helmets came off. Teammates hustled to the fracas before the combatants retreated to their separate corners.

Sanders threw his helmet again moments later. No one was kicked out of practice, assured coach Gary Kubiak. And Sanders sought out cornerback Aqib Talib and Harris during practice, leaving no ill will as the workout ended.

Sanders told Altitude Sports radio on Monday his temper boiled over for two reasons: the Broncos defense "kicked the offense's butt" on Sunday, and he was tired of hearing about it. And the Broncos' "No Fly Zone" has been holding too much for his liking.

As a leader of the offense, Sanders felt responsibility for putting his foot down. Or his helmet, if you will.
It was a much better day for the offense after Saturday's poor effort. Trevor Siemian took the bulk of first-team reps and connected on two long touchdowns to Sanders and Jordan Norwood. Mark Sanchez also connected on a long pass to Jordan Taylor.

"I thought offensively we practiced pretty good, especially for the first hour and 20 minutes," Kubiak said. "We made a lot of big plays. We had a good competitive edge to us. It's something we've got to find all the time."

Defensive lineman Darius Kilgo (shoulder) returned to practice. ... His return was dwarfed by the loss of Vance Walker to a knee injury. ... Others who did not participate were defensive backs Ryan Murphy and Taurean Nixon and lineman Robert Myers. ... Fullback Andy Janovich (knee swelling) returned to workouts on Monday.