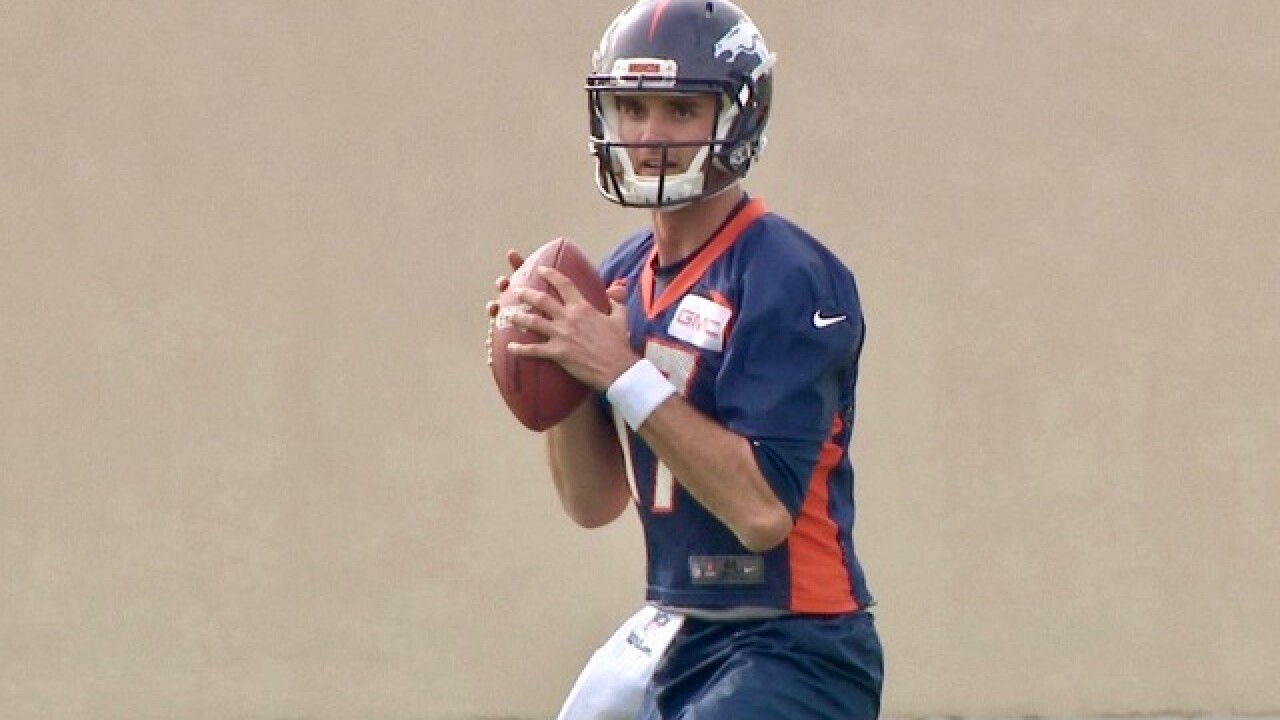 "The team obviously trusts Brock. He has been in this situation before. It's very similar. It's why we signed him. We want a veteran presence who has played in big games," Joseph said. "So far, so good. I am excited about Brock."

With the season slipping away after a third straight loss, Siemian's play left Joseph no choice. Siemian has nine turnovers in his last five games, and reached the abyss with a three-interception outing at Kansas City. The Broncos believe they can move back into the playoff race if they win the turnover battle given the strength of their defense. The feeling internally is that they need a game manager, someone to protect the ball. Osweiler owns experience in that role.

"Ball security is job security," Osweiler put perfectly on his first-day back atop the depth chart. "This week is not about me. This week is solely about our football team finding a way to get a win on the road in a hostile environment against a great opponent. We know we have a huge challenge ahead of us."

However, Osweiler inherits a team different from the one he took over in 2015. With Peyton Manning slumping and injured, Osweiler went 5-2 as a starter, relying heavily on the ground game and a conservative approach. A lot has happened since. The 6-foot-7 quarterback bottomed out in Houston last season after signing a four-year, $72-million contract. The Texans benched and later traded Osweiler to the Cleveland Browns, who cut him loose.

"I believe I have learned from those experiences," said Osweiler, who posted an 8-6 record as Houston's starter last season, but threw 16 interceptions with 14 touchdowns. "I think anyone would."

Joseph told Siemian and Osweiler Tuesday night of his intentions. Siemian expressed disappointment. It was a staggering spiral for a player who started the season with six touchdown passes in his first two games.

"It's hard to say (what went wrong). Certainly last game I was trying to make something happen, especially at the end there," Siemian said, showing professionalism in meeting with the media after his demotion. "The one thing, a lot of the mistakes I have made when I got off schedule and got out of the pocket. It's something I will learn from."

Osweiler returned to Denver as a free agent at the end of training camp, making the veteran minimum. Humbled and hungry to salvage his career, Osweiler worked diligently at practice to fix his mechanics and rebuild his confidence. Multiple players told Denver7 on Tuesday and Wednesday that they believe Osweiler is ready. When general manager John Elway brought back Osweiler, he admitted Osweiler "needs some football rehab."

"I have checked out (of rehab)," Osweiler joked.

Denver faces 7-1 Philadelphia on Sunday, looking for its first road win of the season.

"Brock knows the system having worked with Mike (McCoy's) system from way back in the day," running back C.J. Anderson said. "He knows how to get in and out of things. And having guys he's played with like me, Emmanuel (Sanders), D.T. (Demaryius Thomas), Virg (Virgil Green) helps. It's up to us to support him and do our jobs, too. We need to find a way to get back on track."