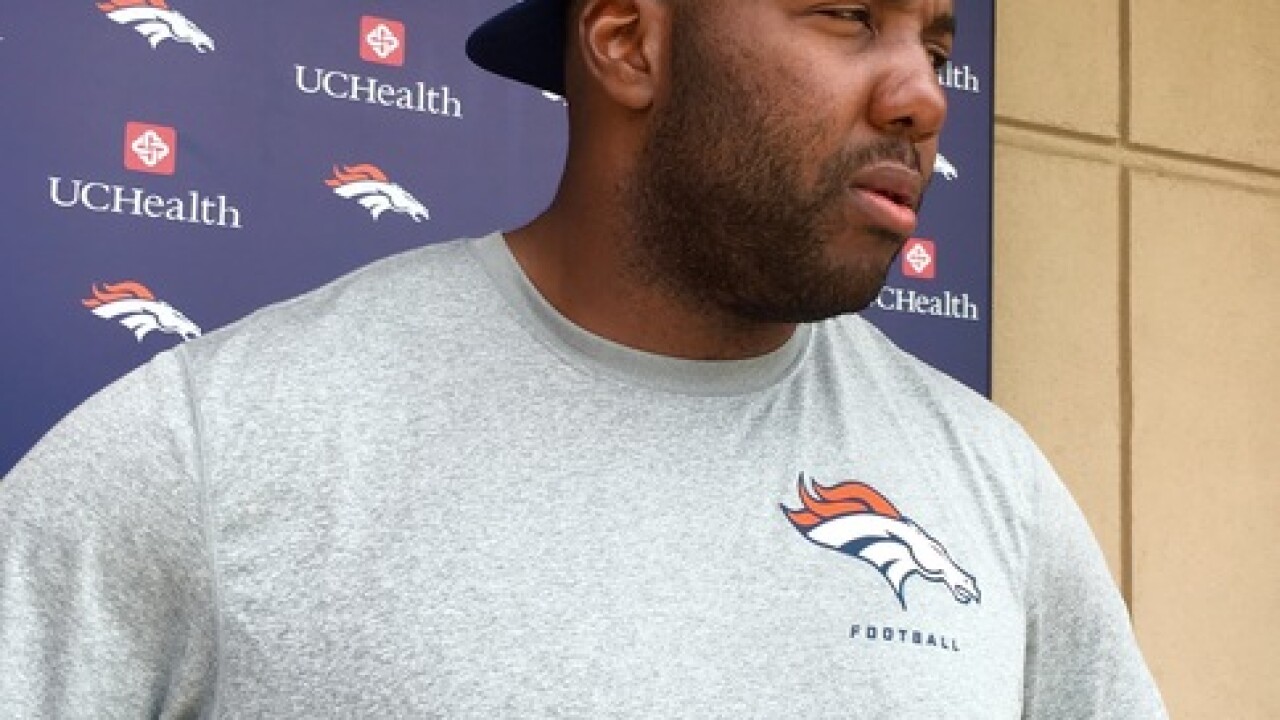 DENVER -- Russell Okung no longer is the right man for the Broncos' left tackle job.

The Broncos informed Okung on Thursday they will not exercise his four-year, $48-million option, according to an NFL source. The decision was not unexpected given Denver's determination to reshape its offensive line under new offensive coordinator Mike McCoy and line coach Jeff Davidson.

Okung started 16 games last season for the first time in his career, but failed to live up to expectations. Pro Football Focus graded him as the league's 38th best tackle, in part, because of his issues in pass protection and with penalties.

Okung, 29, arrived in Denver with intrigue and a solid resume. Okung represented himself in contract talks, and bet on his upside. He signed a one-year, $5-million make-good contract with $3 million in incentives. He made $8 million last season, and had a four-year option that demanded a decision by March 8. It included $20.5 million in guaranteed money, which the Broncos weren't comfortable with given Okung's uneven performance. The veteran, who won a Super Bowl ring with Seattle, played well in training camp, showing no ill effects from offseason shoulder surgery.

Okung helped fellow offensive linemen and possessed leadership qualities. However, cornerback Aqib Talib shouted Okung down in the locker room after the Broncos' loss to the Patriots when Okung attempted to address the team.

Okung made more sense at last season's $8 million salary, but has no incentive to restructure his four-year option given the weak free agent left tackle class. An NFL source indicated that the Broncos had yet to approach Okung about reworking his contract.

The Broncos face a March 13 decision on right tackle Donald Stephenson. No decision has yet been made on his future. He carries a $4 million salary in 2017 with a $2 million cap hit if released. The Broncos benched Stephenson twice -- against New Orleans and Kansas City -- so it would not be a surprise if he's cut. Michael Schofield and Ty Sambrailo have played both tackle positions for the Broncos. However, Schofield seemed to find a home at right guard last season, and Sambrailo's first two seasons have been spoiled by injuries and ineffectiveness.

The Broncos possess roughly $40 million in cap space after clearing $11 million with the Okung move. Cincinnati's Andrew Whitworth boasts the title as the best left tackle on the market. Denver is expected to express interest in Whitworth, who continues to say in interviews that he would be open to staying in Cincinnati. Other tackles available, mostly with experience on the right side, include Kelvin Beachum, Matt Kalil, Rickey Wagner, Riley Reiff and Sebastian Vollmer.