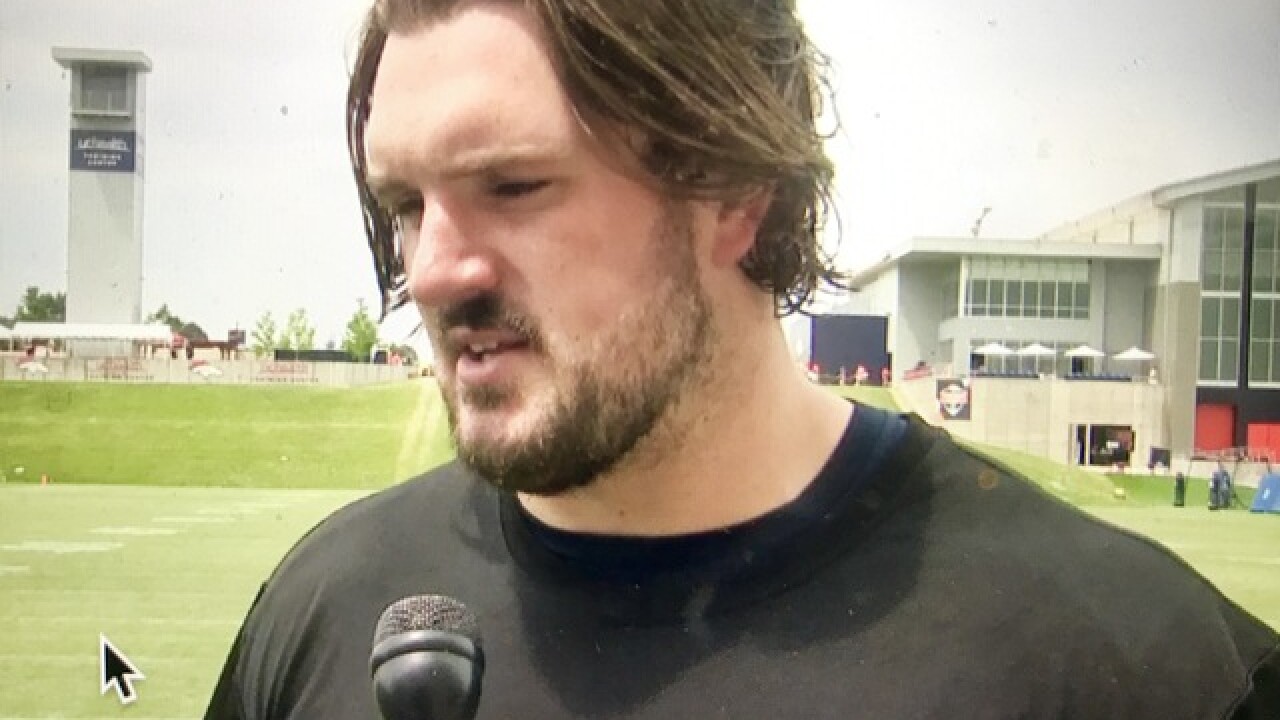 The group allowed 52 sacks last season, and contributed to a feeble attack that scored 18.1 points per game. For Keenum to reach his potential, he must remain upright. The plan remains to use a heavy dose of quick passes, protecting the offensive line through scheme. Regardless, improvement upfront is necessary.

"There's a huge sense of pride. We are working hard. We want to prove it. We don't want to be slappys," said McGovern, a former star at Missouri. "We are striving to be great, striving for it everyday we are out here."

Uncertainty lingers. McGovern earned the right guard spot with his 2017 finish, leaving Max Garcia as the clear No. 2 and in a fight to make the team. McGovern boasts power -- his weight room exploits are the stuff of legend -- and strength, but continues to work on his technique in attempt to hold down his spot.

"I hope that's the case, but you never know until the first game. There's a million different things that can happen, especially in this league. I have to keep my head down, and keep grinding," McGovern said. "You have to prove it."

It has been a slow, steady climb for McGovern. He did not play in 2016, and started the final five games a year ago after Ron Leary suffered a back injury. Leary shifted to the left side. He will play in the preseason opener as will new right tackle Jared Veldheer. Microwaving development remains critical.

"The offensive line, it is an unorthodox thing we do. It's not normal when you think of the technical stuff involved. I have learned from experience (to reach the starting lineup). There was nothing like those game reps," McGovern said. "We are trying to build that chemistry. To be a good offensive line, you have to work together. On defense, 10 guys can do the wrong thing and one player can make it a successful play. On offense if 10 guys do the right thing and one is wrong, that mistake can mean the play is over."

The Broncos starters will play up to two series on Saturday against Minnesota as the Broncos open their preseason at home for only the second time in two decades. From left to right, it will go left tackle Garett Bolles, Leary, center Matt Paradis (a contract extension candidate before the season begins), McGovern and Veldheer.

Von Miller will play in the preseason opener, a change from a year ago. He told Denver7 he's looking forward to it. "That's what I am supposed to do, right? Those are my guys. I am down."

Vance Joseph detailed his plans for the exhibition opener. He plans to play the starters no more than two series, including quarterback Case Keenum and Miller. The backups will go until the middle of the third, with third-stringers like Chad Kelly finishing the game. There will be mingling of the second and third units. And Joseph did not rule out Kelly getting some snaps with the backups. ... Devontae Booker and Royce Freeman will split time with the starters. The Broncos desperately need a starter to distinguish himself over the next month. ... Receiver River Cracraft continued to make a solid impression as he bids for a final roster spot, scoring twice and delivering a one-handed catch. ... Outside linebacker Bradley Chubb told Denver7 he can't wait to play in front of Broncos' fans after hearing so much about them. His parents and girlfriend will make the trip to see his NFL debut. .... Tight end Jake Butt will start and play more than a few series. He hasn't played since Michigan's bowl game in his final college season. Butt has received high praise for his blocking and pass catching as he tries to keep the starting role. "You have to be able to do it all. It puts so much more pressure on the defense if you can do both," Butt said.