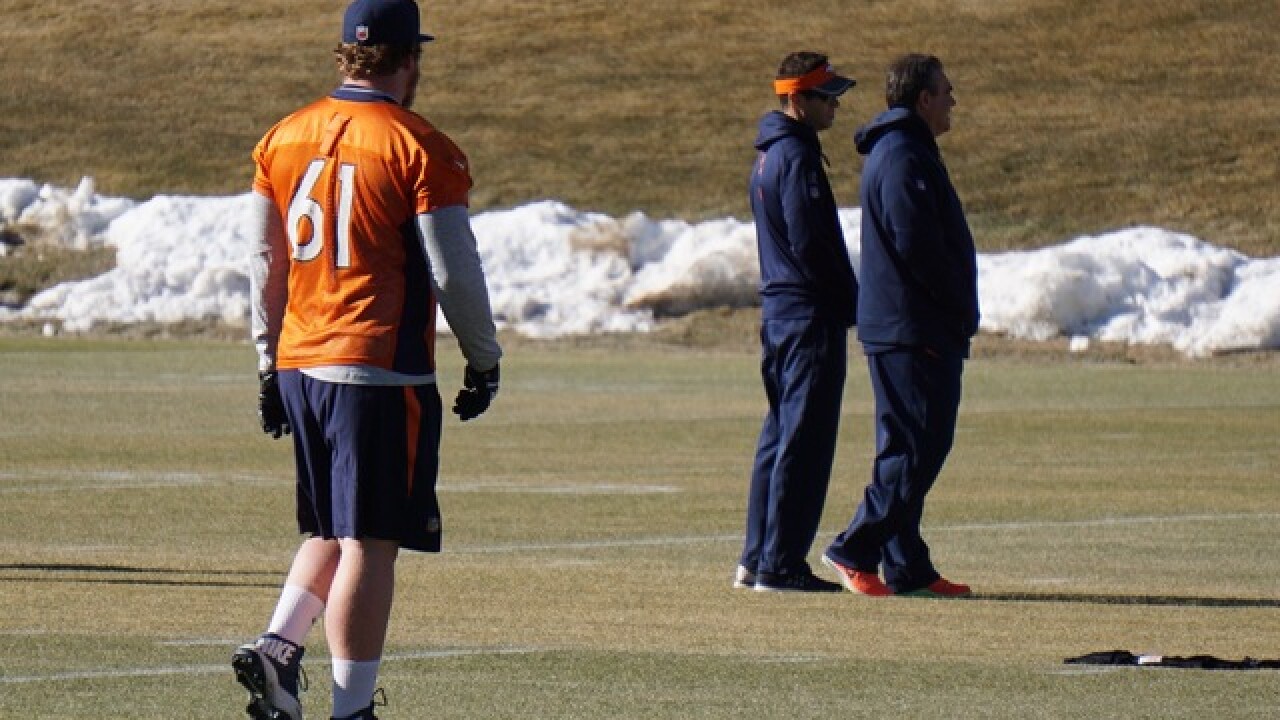 CENTENNIAL, Colo. -- Matt Paradis began his Broncos career as a practice squad player, relegated to the shadows. Friday provided another mile post in how far the former Boise Star has traveled in his promising NFL career. The Broncos named him their Ed Block Courage Award winner.

"I will be back for next year, they are very confident about that," Paradis said

So painful was the issue, Paradis barely practiced over the season's final three months. It bothered him because he loves the grind, and how reps improve chemistry with teammates. But his body wouldn't allow for the extra work.

"I have been battling through it and I have to keep going," Paradis said. "I was confident I could make it through the season. The training staff had a great plan."

He will undergo two separate operations on his hips. Dr. Marc Philipon, director of hip research at the Steadman Philippon Institute in Vail, will perform the first procedure right after season's end. A second operation will follow soon after.

"Get them done and get back there as soon as possible," Paradis said. "Everyone gets injured. It's more of a luck thing. It's been a wild ride. But it's been a good one and it's a long way from over yet."

According to Pro Football Focus, Paradis ranked second among all centers behind only Dallas' Travis Frederick.

Ed Block was the athletic trainer of the Baltimore Colts. Under General Patton in World War II, he earned a Purple Heart. Each NFL team names a winner of the award, selected by their teammates for exceptional courage, character and inspiring effort.