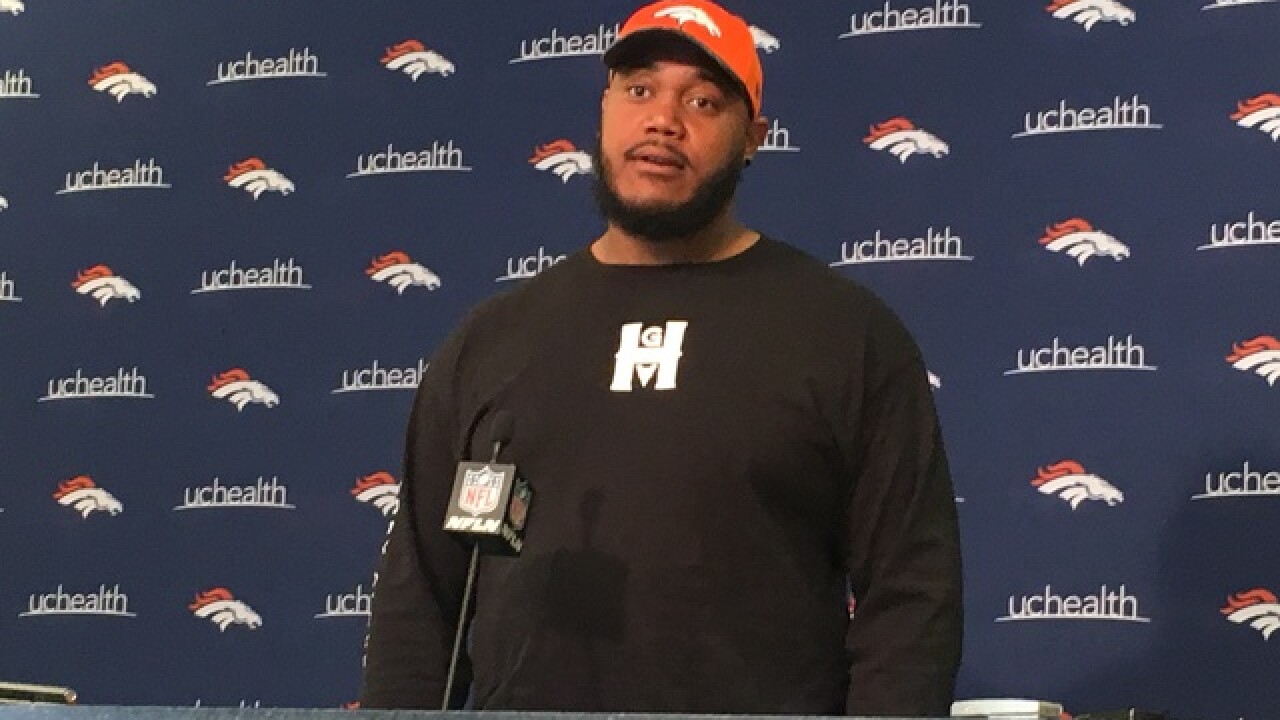 ENGLEWOOD, Colo. -- The sobering line dance continued for the Broncos.

A third offensive lineman was lost for the season after left guard Max Garcia tore his ACL, according to multiple sources. He practiced fully on Thursday, but after experiencing discomfort following practice he underwent an MRI revealing his injury.

It's the last place where the Broncos needed an absence. Garcia joins previous starting left guard Ron Leary (Achilles) and center Matt Paradis (broken leg) on the shelf for the season. The shuffling has left new center Connor McGovern flanked, in some ways, by four tackles.

The line -- the foundation for any team -- is trying to turn quicksand into cement.

The group is as follows: left tackle Garett Bolles, left guard Billy Turner, center McGovern, right guard Elijah Wilkinson (making his first start) and right tackle Jared Veldheer. The Broncos signed center Gino Gradkowski for depth, leaving them with some options to move pieces around if an inside player like Wilkinson struggles.

In a frustrating season, the Broncos have consistently blocked well in the running game. Denver averages 126.7 yards per game, ninth best. They own 5.16 yards per attempt, second overall. Can that continue with a makeshift group? And what does it mean for pass protection where the Broncos have allowed 24 sacks?

Against the backdrop of injuries, the Broncos face a Chargers team that has yielded 11 points per game over its last five, and won six straight overall.

Broncos linebacker Brandon Marshall (bone bruise in knee) did not practice Friday, leaving him expected to miss Sunday's game. He needs more time to heal. ... The Broncos will be healthier in the secondary with the return of cornerback Bradley Roby and safety Darian Stewart.