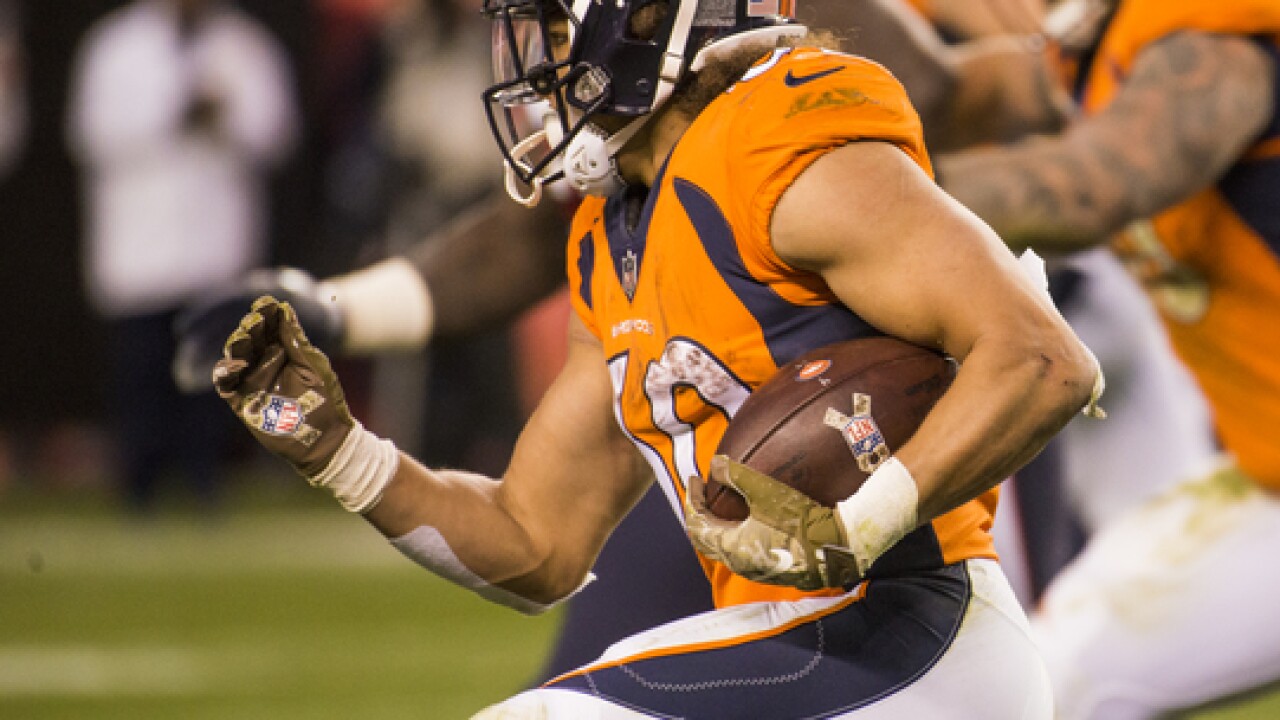 Such is the challenge facing the Broncos as they attempt to reach the playoffs for the first time since the Super Bowl 50 season. It's not realistic, not after an embarrassing loss to the Jets and a home defeat to the Houston Texans. Those losses -- part of a string of six in their last seven games -- make hope a tough sell. Since 1990, four teams have started 3-6 and qualified for the postseason. Washington in 2012 represents the last team last to pull it off. Denver would have to likely go 6-1 over its remaining schedule to duplicate the feat. That's a problem for a team that is 10-21 over its last 31 games and 8-17 under coach Vance Joseph.

So what demands focus as the Broncos return from the bye week? My Denver7 things to watch:

It's fair to argue the Broncos should have taken a quarterback in the last draft, to start the rebuilding project in full. However, Bradley Chubb -- a pick I advanced for weeks because the team was always leaning on signing a veteran QB -- has delivered. He is on pace for 14 sacks, leaving Jevon Kearse's single-season record of 14.5 set in 1999 within reach. Chubb should chase history and establish himself as a cornerstone piece moving forward.

The Broncos are no strangers to good young backs. Lindsay is attempting to become the sixth Broncos rookie to eclipse 1,000 rushing yards. He leads all NFL rookies with 591 yards on the ground, leaving him on pace for 1,350. "He is not a fluke," coach Vance Joseph said. "He is a good player."

I second that (freaking) motion.

Von Miller worked in sync with Chubb last month. I hate to talk about individual stats for a former Super Bowl 50 MVP, but Miller could reach a new career-high. He netted 18.5 sacks in 2012. He's projected to finish with 16. A personal best would be a nice way to go into the offseason as the team reshapes its defense.

I don't believe the Broncos quarterback job is too big for Case Keenum. I do believe it is bigger than he expected. Keenum arrived to a fan base impatient over two consecutive playoff absences. He arrived with expectations of improving a position that sabotaged last season. He's been OK. Spooked by early picks, Keenum has improved, playing his best game in a loss to Houston as he benefited from play-action calls and the emergence of tight end Jeff Heuerman. Keenum has the final seven weeks to answer questions about his future. Is he part of a longterm plan, a placeholder for a young quarterback, or gone all together?

Joseph explained it well Monday. "I want to win more games. That's the bottom line. That's the business we are in." Joseph owns an 8-17 record, including 2-10 on the road. It's impossible to see him returning without a strong U-turn. The team has competed for him this season, and saved his job with a victory at Arizona. The next three weeks, however, are daunting with the Chargers, Steelers and Bengals looming. The Broncos will be underdogs in all three games, leaving them staring at a 3-9 mark entering the final month, meaning a change would likely be an issue of when, not if.

The final seven weeks remain a proving ground, if not last call for veterans. There's no guarantee Derek Wolfe, Domata Peko, Brandon Marshall and Bradley Roby, among others, will be back. It's unlikely the latter two will return. Wolfe, who credits stem cell treatment for fixing his neck injury prior to this season, said Monday he has "no regrets" about re-signing with the Broncos, though he admittedly took less on his contract because he believed he would spend several years on a great defense coached by Wade Phillips. "Life changes. It happens," Wolfe said.

The Broncos are not close to a playoff team. Their three wins came against teams with losing records who are currently a combined 7-20. Showing progress on the road is critical going forward as this team looks to rebound. The Broncos haven't won an AFC West road game since Dec. 6, 2015. "It does feel like forever," Wolfe said.