Von Miller will join 'Dancing with the Stars' 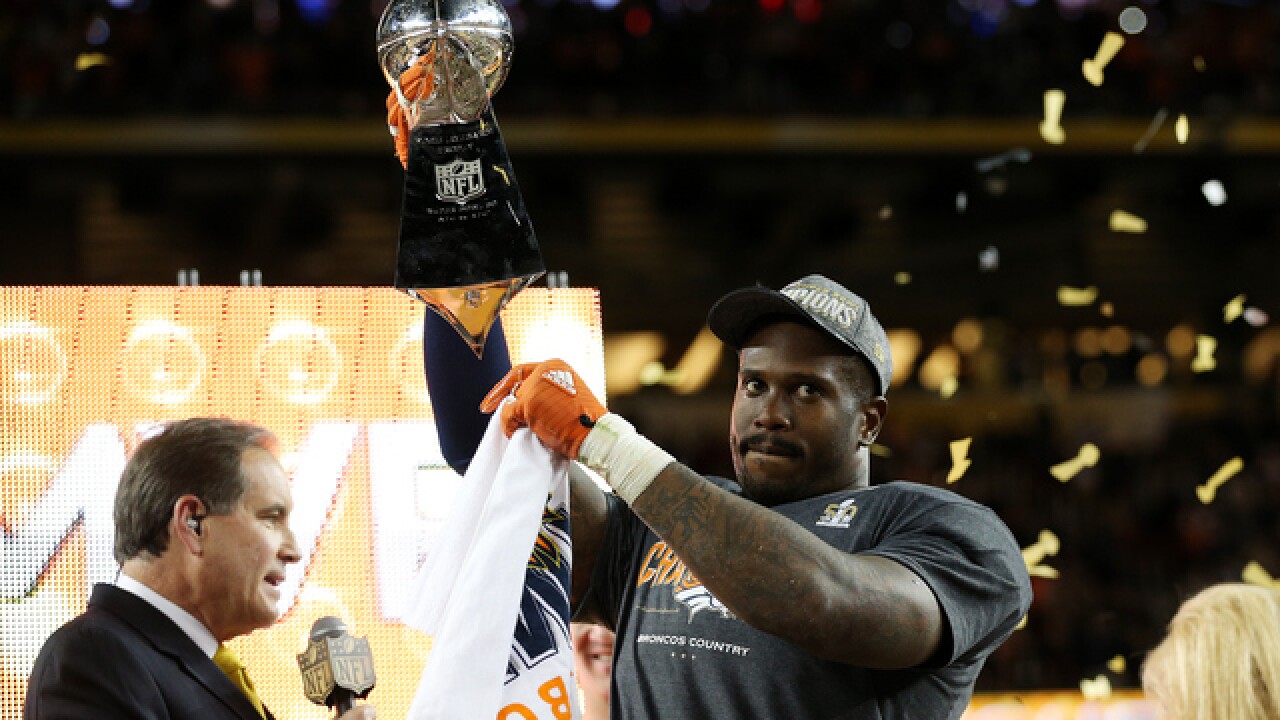 Von Miller won't have to worry about getting fined for the dances he's about to come up with next.

A person with knowledge of the situation confirmed to The Associated Press on Thursday night that the Super Bowl MVP will be a contestant on ABC's upcoming season of "Dancing with the Stars," which you can watch right here on Denver7 starting Monday, March 21.

The person spoke on condition of anonymity because the show's full cast won't be revealed until next week on "Good Morning America."

BSN Denver first reported Miller's scheduled appearance on the popular prime-time show. Miller has made a career of sacking QB's and celebrating with different dances, some of which have gotten him fined. His "Key and Peele" sack dance last season cost him $11,567.

Since Miller's pair of sack strips of Cam Newton led the Denver Broncos past the Carolina Panthers 24-10 in the Super Bowl, he's been a staple on the talk-show circuit, ESPN and the NFL Network. He also made a cameo on "Saturday Night Live" and presented at the Grammy Awards.

The Broncos placed their exclusive franchise tag on him this week, buying them more time to work out a long-term contact that's expected to make the 26-year-old linebacker the NFL's highest-paid defender.