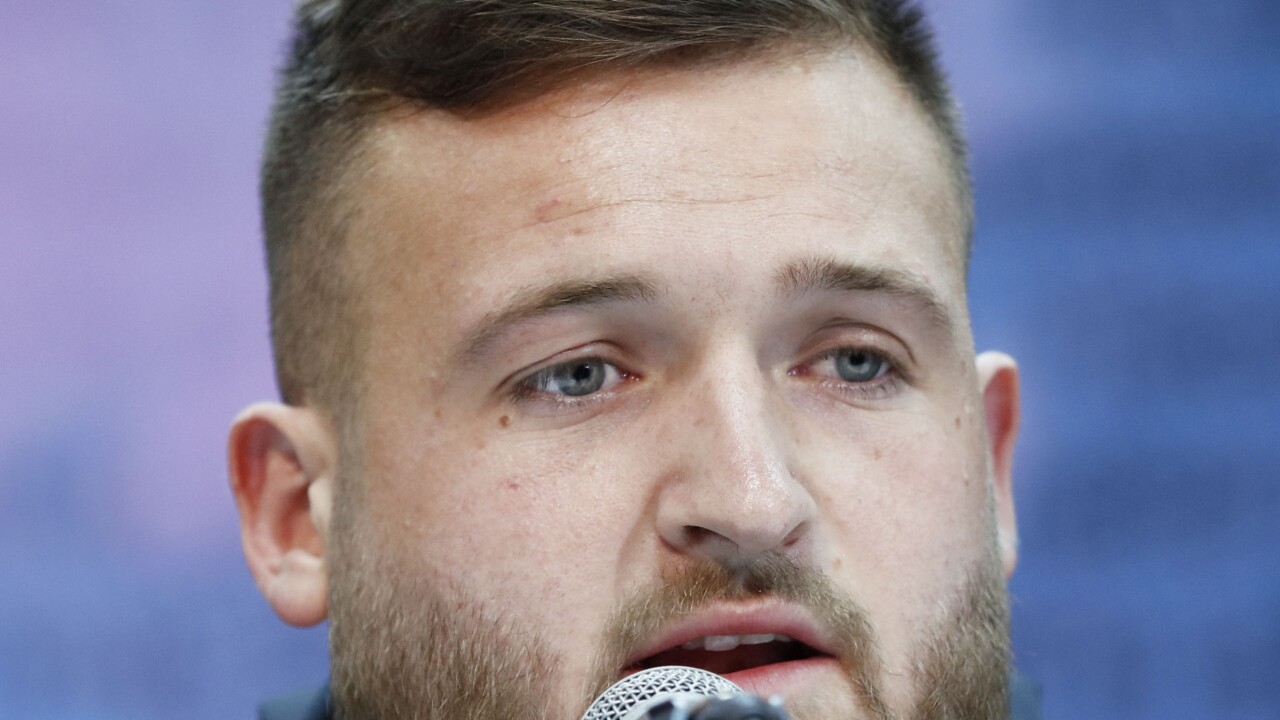 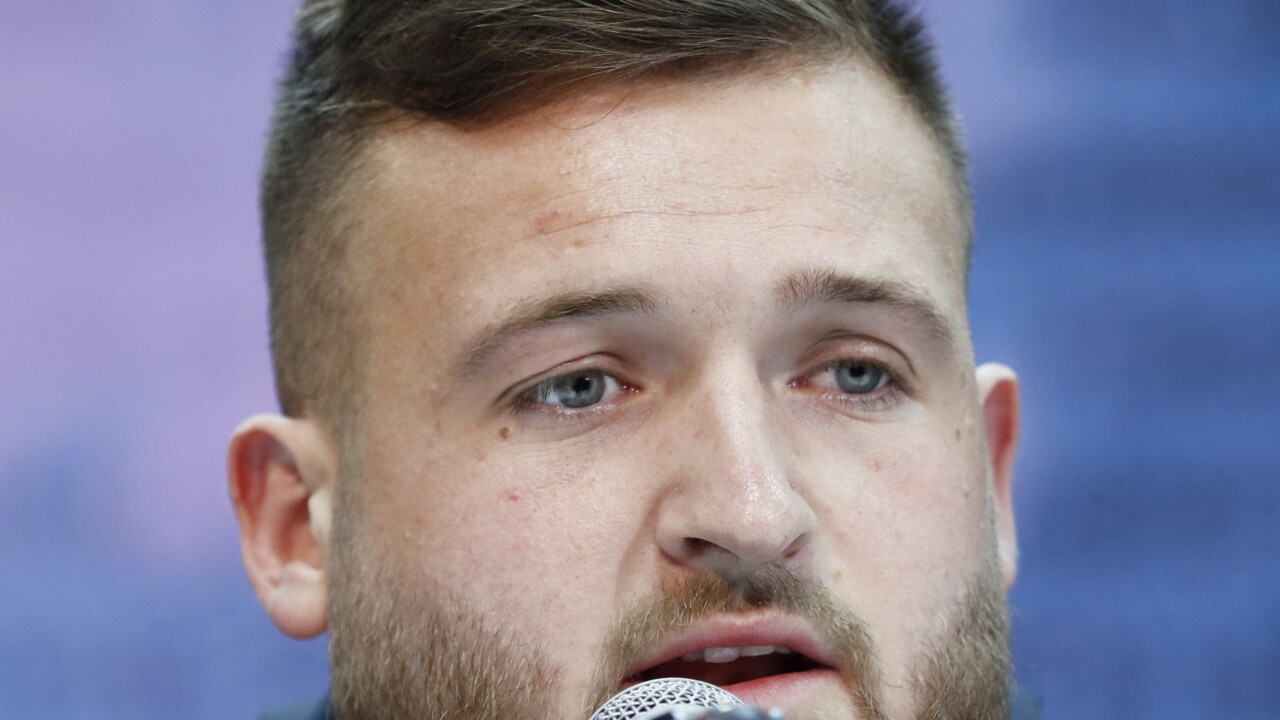 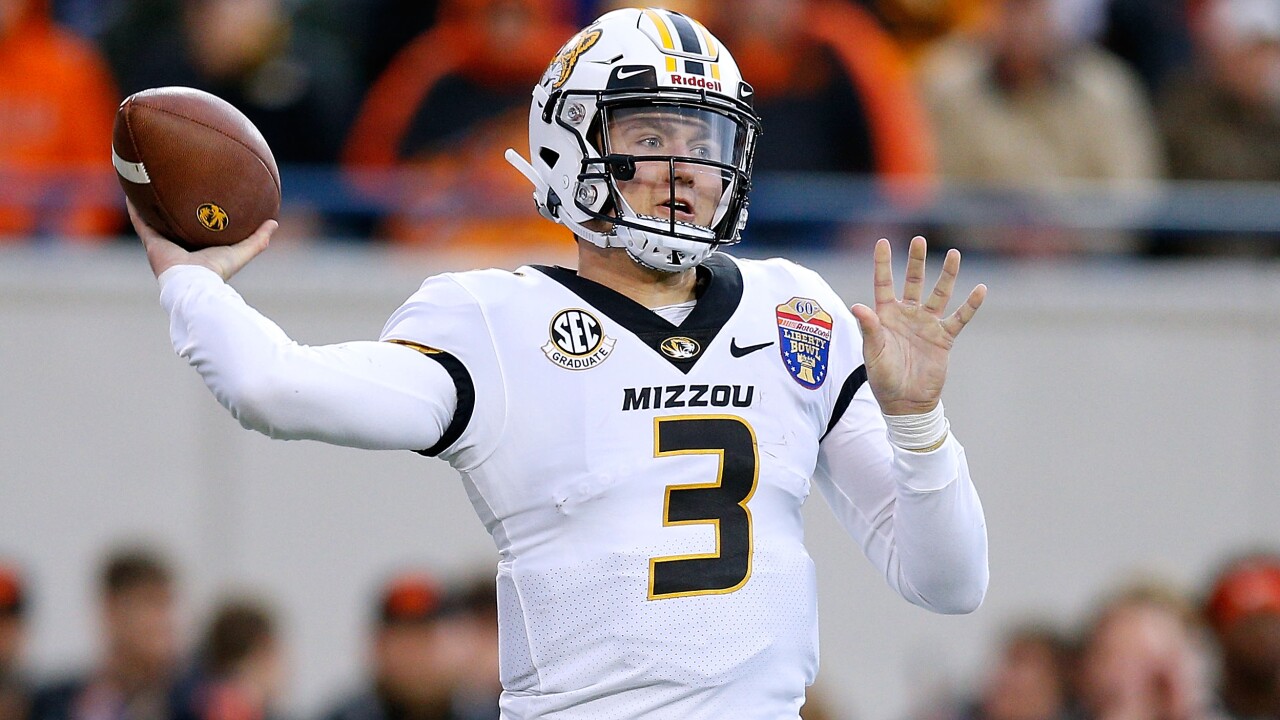 The Broncos threw a curveball Friday with a passer. After picking local favorite Dalton Risner, a Kansas State offensive tackle, with the 41st pick they traded up and selected Missouri quarterback Drew Lock with the 42nd pick.

"Dalton brings great versatility to our OL along w/toughness and attitude," said Broncos general manager John Elway. "Drew was a four-year starter in the SEC, and he’s going to learn from Joe and compete for the backup role."

The Broncos resisted the temptation to take Lock in the first round, but at 42nd, they found value in the former Tigers star.

He is known for his big arm, and ability to make plays while scrambling. He is the third quarterback taken in the draft behind Kyler Murray, Daniel Jones, and Dwayne Haskins. Lock can be brought along slowly if necessary. However, this will make for interesting conversation because the Broncos are dating, not married to Joe Flacco. He has one year of his contract guaranteed. Elway compared the situation to Brett Favre and Aaron Rodgers in Green Bay, where Rodgers learned for multiple seasons before teaking over.

In Risner, the Broncos get a former Wiggins High star who wanted to be in Denver. He emerged as a stalwart at Kansas State. He can play all five spots on the line, and has excelled at center, and primarily tackle. The plan is for him to initially play guard. He was watching the draft from Denver so he won’t have far to go for his news conference on Saturday.

"I saw 'Denver, Colorado' on the caller ID and got tears in my eyes," said Risner, who is expected to play guard for the Broncos. "I played at (Mile High Stadium) in high school. I told myself that the next time I play on this field it will be for the Denver Broncos."

Risner jumped on film for the Broncos. Offensive line coach Mike Munchak loved his versatility and "nastiness." Risner should push to start at guard where the Broncos currently have Ron Leary, coming off an Achillies injury, and Elijah Wilkinson at guard. Risner grew up a Broncos fans. Lock grew up a Chiefs fan.

"I am ready to learn under Joe Flacco," Lock said. "So the last somewhat hours, however long it was. It was definitely interesting. What happened, happened there. The sun came up today. I ended up being a Bronco. I had an awesome visit there. Ending up being here is perfect. I couldn't be more excited."

Broncos on defense with third pick
The Broncos were on the offensive in this draft, taking three straight offensive players in Fant, Risner and Lock. With the 71st pick overall in the third round, the Broncos flipped the script.

selected Ohio State defensive tackle Dre'Mont Jones. He is valued for his versatility. He can play inside and outside. He lacked power at times on plays, but was productive, earning All-Big Ten honors. The Broncos visited with multiple defensive ends throughout the draft process, looking to get younger and add depth along a line where Domata Peko was let go and Derek Wolfe is entering his eighth season.

"I was able to mature more in the film room, and that allowed me to be more confident on the field," said Jones, who visited the Broncos. "I know they have coaches with a lot of experience. I am expecting an upfield style."

Former DeMarcus Walker, who is playing closer to 290 pounds now, has never gained traction in the pros after switching from inside to outside and back to inside along the line.