Broncos' keys to victory over Jaguars 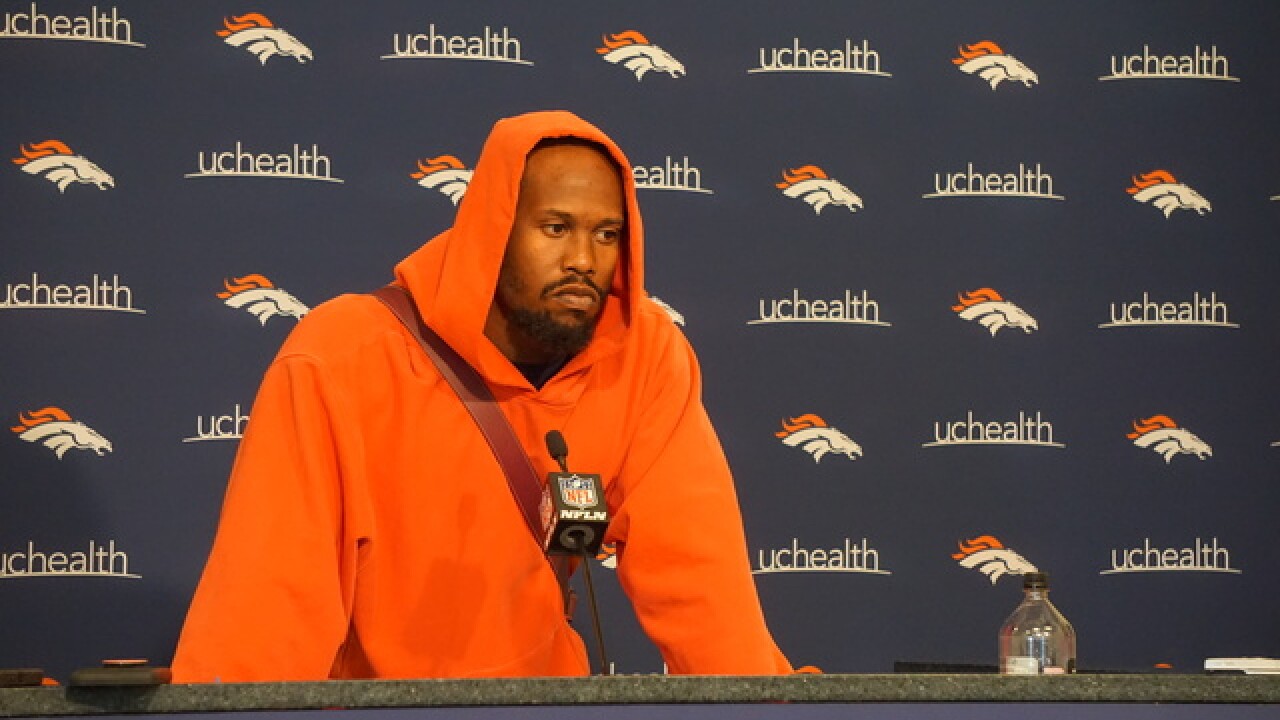 That simple question hangs over the Broncos game Sunday against Jacksonville. The Broncos have not won since Dec. 2, dropping seven straight while failing to score 20 points in any of those games. They are favored over the Jaguars. Given how the season is going, that could be last time that sentence is written.

So again, if not now, when?

My Denver7 keys to the Broncos' first victory of the season:

Sack QBs, sack groceries
The Broncos defense has no sacks and no takeaways, the first team to pull that it off its first three games since the sack became an official statistic in 1982. It left Von Miller taking no questions on Thursday. Teammates told me Von is frustrated and focused on a breakout game. Safe from criticism since 2013, Miller has received the wrath from many fans for the team's slow start. The Jaguars line is compromised, but rookie quarterback Gardner Minshew protects the group with good instincts on when to get rid of the ball. Jaguars quarterbacks have only been sacked five times this season. No excuses, Miller has said. Time to show out.

Force a fumble!
This is the crazy thing. Not only have the Broncos not recovered a fumble, they haven't forced one. The Broncos need to play with a sense of urgency, looking to create havoc on tackles. Listen, the average number of takeaways this season is four. So it's not like the Broncos are trailing by a huge amount. However, the lack of gamechanging plays is like coffee without sugar.

Start me up
The Broncos talk about how their offense is close, how it is right there. Nobody wants to here it. They have anveraged 19.5 points over their last 51 games. Don't talk about it, be about it. The Broncos have not scored a first quarter touchdown. Do that, and Denver will win.

20-20 vision
Those focusing on Von Miller as the reason the Broncos remain winless are missing the point -- 20 of them to be exact. You can't win in the NFL when you can't reach that mark consistently. For the Broncos to be taken seriously they need to average 22.5, which would place them in the middle of the pack statistically. How bad is it? Denver averages 15.3 points -- that's 21 fewer than Baltimore, the league's top scoring team. Anything less than 20 at home is unacceptable.

Go Go Gadget
Lost in the latest loss, Diontae Spencer delivered a 60-yard kickoff return. Change the field once today, and it could be the difference in the outcome. Given the speed Spencer has shown, I would look to use him on at least one gadget play offensively moving forward. Also, no more missed PATs from Brandon McManus. Denver cannot afford to leave any points off the board.

X-Factor
When a team wins, it often can be traced to an unlikely star. How about a big hit from Duke Dawson or Trey Marshall, both of whom figure to get more snaps with Kareem Jackson dealing with a hamstring injury. Or how about linebacker Corey Nelson making a play in coverage? His workload figures to increase with Josey Jewell limited by a hamstring issue.

Win one for Vic
Vic Fangio waited four decades to become a head coach. He has waited nearly nine months for his first win. It's time. Here's why. It's hard to have confidence without results. What Fangio is teaching is sound. But victories are needed to maintain complete buy-in in my opinion. Again, the Broncos are favored. If not now, when?