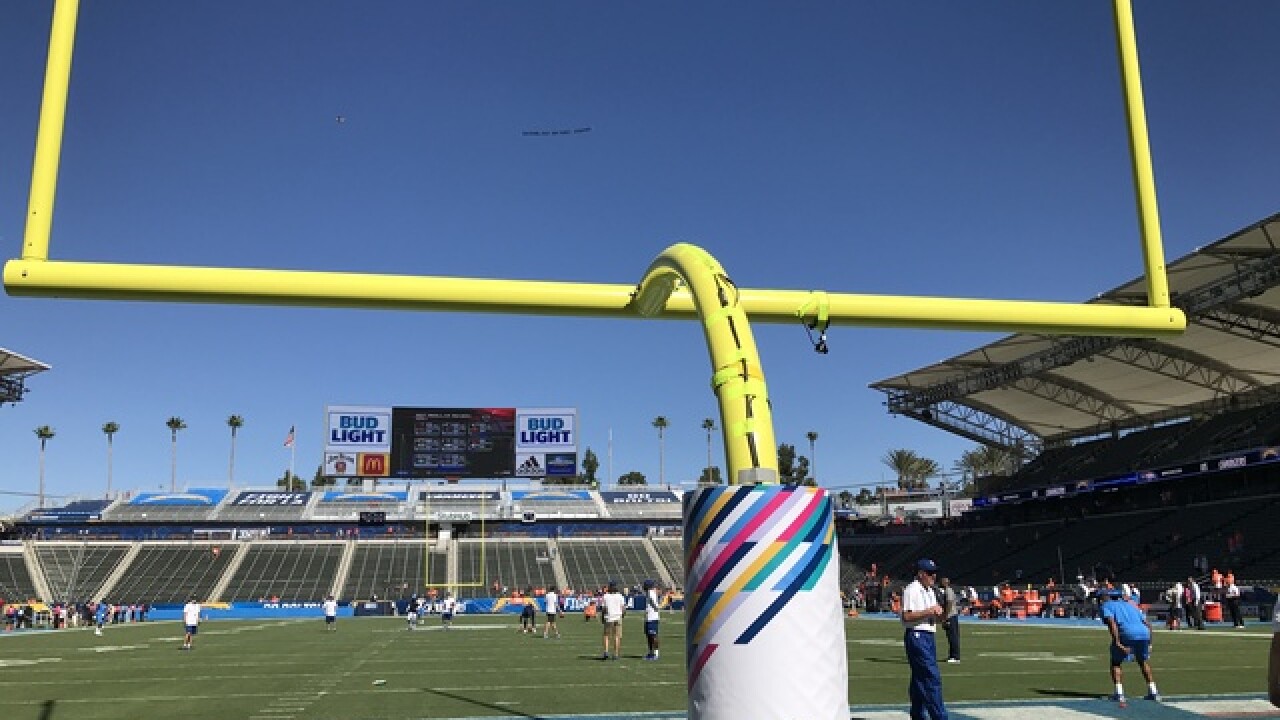 The lure masks the dark side. This is where dreams go to die, failed casting auditions turning into nights of Top Ramen soup and late shifts at forgettable wages.

It is into the backdrop the Broncos step clumsily, trying to regain relevance in a season fading to black. Denver arrives as a loser in six of its last seven games. Only five teams have reached the playoffs after starting 3-6, Washington the last in 2012. This marks the second straight season Denver sits in this spot, leaving them in danger of back-to-back losing campaigns for the first time since 1972.

This is the last place to start living a dream, but an avenue exists to compete and possibly pull off the upset. My Denver7 keys to a Broncos win:

All talk of fast starts is misplaced. The Broncos rank second in first quarter points. Their problems spread across the second and third quarters when they lose leads and never regain them. The Chargers have won ugly multiple times. Can Denver make them scramble late, and lean on a field goal? That gives the Broncos more than a puncher’s chance before a crowd that will feature a sea of orange.

Quarterback Case Keenum admitted the Broncos must pass to win. He’s right. Sort of. They must use play-action passes to win, especially in the red zone. Keenum showed comfort on the fakes and bootlegs against Houston. The key components Sunday? Lean on receiver Emmanuel Sanders, connect on a big strike to Courtland Sutton and hope tight end Jeff Heuerman delivers back-to-back strong performances for the first time in his career.

The Chargers are averaging nearly 8 yards per play on first down. The Chargers are not good on third down -- a 34 percent conversion rate -- because they rarely reach that point. The Broncos need to neutralize running back Melvin Gordon to bait quarterback Philip Rivers into taking chances, something he’s done far less of this season.

The Broncos are unlikely to unleash a sack attack. Rivers has been sacked 13 times, seventh fewest. Denver requires inside pressure to get Rivers off his mark. When he moves horizontally, it opens the possibility for Von Miller and Bradley Chubb to create a turnover with a tipped pass or strip fumble.

The pressure ties back to coverage. Can the Broncos blanket Rivers’ first option? I believe Chris Harris Jr. will spend most of his time on Keenan Allen. That leaves mismatches with Mike Williams and Terrell Williams. The chore falls on Bradley Roby, who must play his best game of the season, and Tramaine Brock. Adam Jones, much to my dismay, has been relegated to special teams. Upsets require X-factors, and perhaps safety Su’a Cravens, in more snaps in his second game, can create a turnover in coverage vs. ageless tight end Antonio Gates.

The Broncos need a big punt return from Jones. He is willing to take risks, but the blockers must control their foes longer to give Jones a chance.

Luck and hope are not strategies. This is an elastic-type stretch, but the Broncos figure to catch a break at some point on the road where they haven’t won against an AFC West team since Dec. 6, 2015, topping the Chargers 17-3. The Broncos are due. Or something like that.