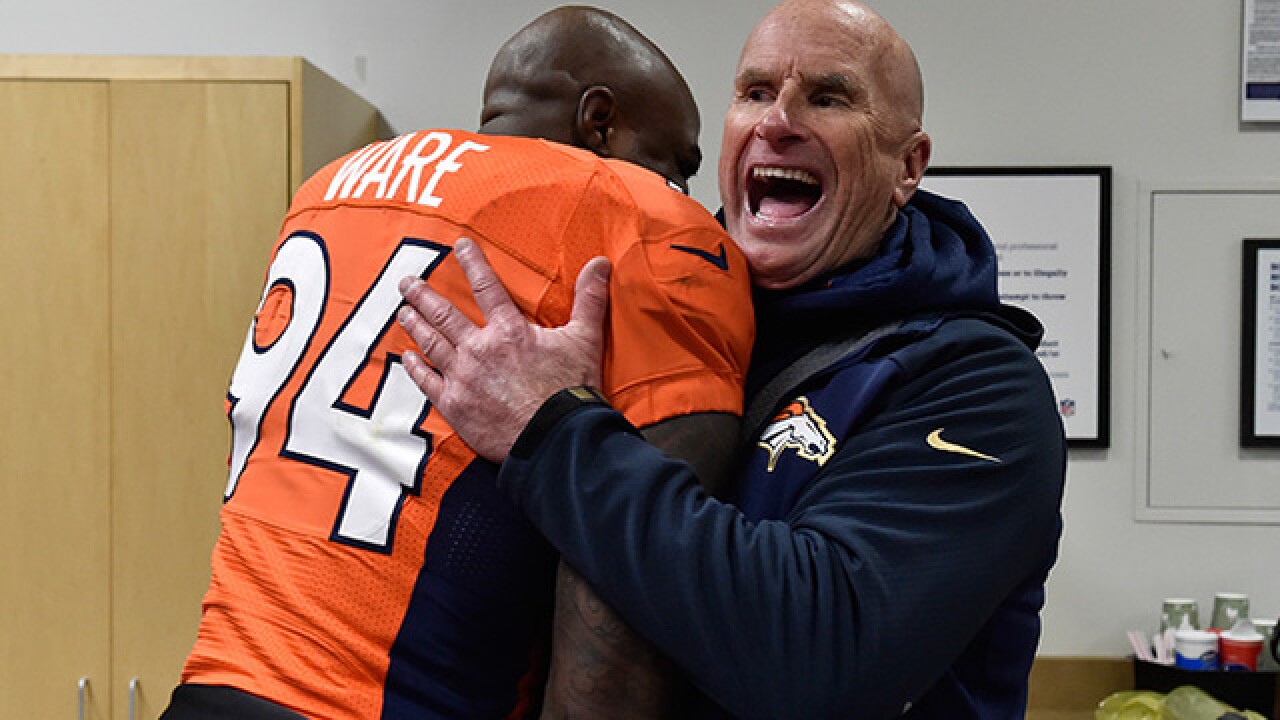 DENVER -- To understand the significance of Vance Joseph's first coaching staff, don't look only at who the Broncos hired. Focus on who they kept.

Joseph believes the defense can improve under new coordinator Joe Woods' watch -- not only because of his vision, but his help. Coaches under contract are staying put: Linebackers Reggie Herring, defensive line Bill Kollar and outside linebackers Fred Pagac.

The Broncos plan to continue using the 3-4 defense, which turned them into an attacking unit anchored by menacing pass rushers and Saran Wrap-tight coverage by cornerbacks over the past two seasons.

"I am grateful coach [Phillips] was here because he put a stamp on this defense that won't go away. And hiring Joe Woods from the same system, we should get the same production on defense," Joseph told Pro Football Talk Live. "Keeping Bill Kollar and Reggie Herring intact, and Fred, this defense should not take a step back. It should take a step forward."

There have been some anxious moments for players regarding the assistants. While most players realized Phillips' departure was possible, they were unsure if any assistants would follow him. Keeping continuity on defense falls in line with John Elway's plan of enhancing a team strength.

Joseph filled Woods' vacancy with the hiring of secondary coach Marcus Robertson, a former coach with Oakland and an All-Pro safety as a player.

Want Broncos news? Denver7 Broncos insider Troy E. Renck is your source. He talks to the players, covers the games and reports scoops on Denver7 and the Denver7 app. He is a CU grad who has covered pro sports in Colorado since 1996, including 14 years at The Denver Post. Follow him on Facebook, Twitter and TheDenverChannel.com’s Broncos page. Troy welcomes most of your emails at Troy.Renck@kmgh.com.