Broncos' Vance Joseph navigates crisis: 'It starts with me' 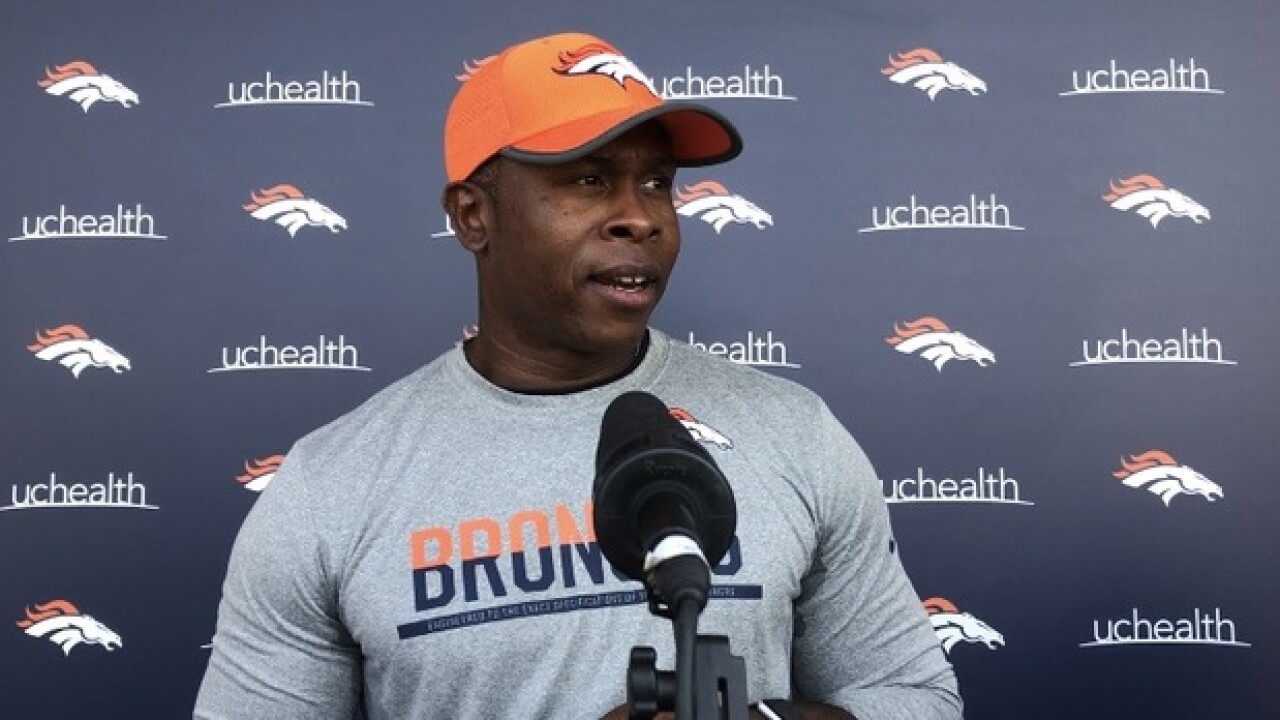 CENTENNIAL, Colo. -- Roughly 20 feet around the corner where the Broncos walked to their bus, the sign mocked them. Above the entrance to the Temple University football locker room, it read "Greatness Doesn't Quit."

Of all the Broncos' issues in the 51-23 loss to Philadelphia, the most serious accusation lobbed was that Denver checked out. Coach Vance Joseph challenged the players after the game to "self-check," joining him in looking in the mirror.

A day after the debacle, Joseph watched the film. While multiple commentators accused the Broncos of quitting Sunday, Joseph does not believe that was the case.

How does this team move forward, developing accountability and salvage a season sabotaged by four-straight losses and zero road wins?

"It's not the losing, it's how we are losing," Joseph said. "I have to coach better, and I have to get our coaches to coach better. Understand this. We have time, but time is running out."

The Broncos will stick with quarterback Brock Osweiler for one more week, which comes as no surprise. He played at a level similar to Trevor Siemian, a smattering of good plays sandwiched by two awful interceptions.

Monday, Joseph said repeatedly the Broncos need to find their identity. It raises the question if the Broncos will change their offensive approach. Joseph admitted they are considering it. Offensive coordinator Mike McCoy leans on three-wide sets that have been underwhelming and left the quarterbacks facing constant pressure.

Even in Sunday's loss, the Broncos showed promise early when running the ball, then strayed from it. It is fair to wonder if the Broncos have the personnel to employ three wides given Demaryius Thomas' declining production, Emmanuel Sanders' right ankle injury and the lack of a reliable third receiver or tight end.

“It starts with me," Joseph said. "I say that because we have to figure out our brand of football."

A popular topic among fans now is when will Paxton Lynch receive a chance? Multiple sources say he needs additional practice to be ready. During the broadcast Sunday, the crew said Joseph indicated Lynch needed more time to be mentally and physically prepared.

"Physically (Lynch) has been hurt (with a throwing shoulder injured in the third preseason game)," Joseph said. "I wasn't talking about lack of football IQ."

Lynch told Denver7 on Monday that his shoulder feels fine throwing, but the training staff must feel comfortable that he's ready to take a hit in a game. If the Broncos lose to the New England Patriots -- and they are a heavy underdog -- Lynch playing makes more sense as Denver evaluates options as the position.

In the first seven games, the offense wore the blame. Now, no one is innocent after the Eagles riddled the Broncos for four scoring drives of more than 75 yards.

The Broncos have reached midseason as a crisis, not a contender.

It is a jarring juxtaposition for players with Super Bowl 50 rings. Joseph's ability to navigate this situation will reveal a lot about his leadership and the team's future.

The Broncos announced Monday that tight end Jake Butt (knee) and quarterback Chad Kelly (knee and wrist) will be placed on the IR. Kelly was never a strong candidate to play this season. Butt thought he would play, but the determination was made for a longer recovery as he heals from a second ACL tear. "Being on IR, I still have stuff that I have to handle in here everyday. I am still going to locked in and learning as much as I can. In terms of the overall health of my knee, it probably is going to help me longterm."