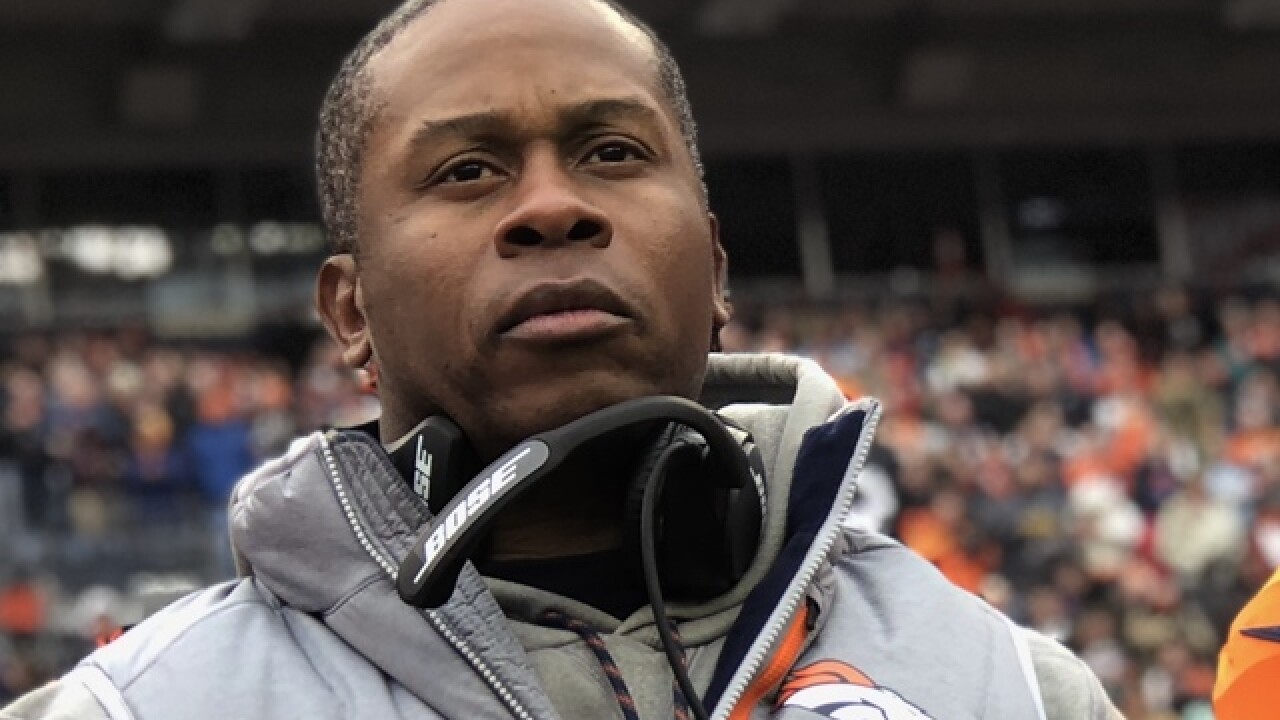 A Super Bowl champion two years ago, the Broncos have won four of their last 14 games, including once on the road since 2016. The crossroads has arrived with jobs seemingly on the line.

"It's a combination of everything, and bottom line, it starts with me. We have to continue to work and stay positive," Elway said on 760 AM radio. "We have to play Thursday like we are fighting for our lives."

The Broncos don't do moral victories. As such, Vance Joseph is potentially coaching for his continued employment on Thursday. The Broncos are 1-9 on the road in his tenure. Lose to Arizona following a humiliating defeat at New York and it's hard to imagine Joseph survives.

"Absolutely," Joseph said when asked if he's fighting for his job. "That's every coach in this league. Every week. If you don't feel that way you are missing something. If we were 5-1, I would feel that way. That doesn't motivate me. I am motivated to win games."

By any metric, that has not happened enough since Joseph took over. The Broncos posted a 5-11 record last season, stained by an eight-game losing streak, the franchise's longest in 50 years. This season, they followed a 2-0 start with four consecutive defeats. The past two left an indelible image as the Broncos became the first team in NFL history to allow running backs to eclipse 200 yards in back-to-back games.

"Obviously, we've gotten very soft in there and to give up the amount of yardage we have the last two weeks has been tough," Elway said. "We're not playing well inside...That is a big, big concern right now."

Joseph explained Monday that the Broncos' rush issues involve the nickel defense. The plan was to limit the Rams' passing attack — which they did for the most part — but they had no answer for Todd Gurley.

How do you correct it in a short week? There are no easy answers. The Broncos are dealing with a critical injury — left guard Ron Leary is lost for the season with a torn right Achilles — and don't have resources on the defensive line to turn to, other than second-year pro DeMarcus Walker. The defensive line has been punished, while linebackers and cornerbacks have struggled with missed tackles in the run game.

"Once you get in a season, there's not a lot of fixes...There isn't as a magic switch and magic answer this time of year. As a whole we have to play better," Elway said. "(Thursday's mentality) should be that we're fighting for our lives."