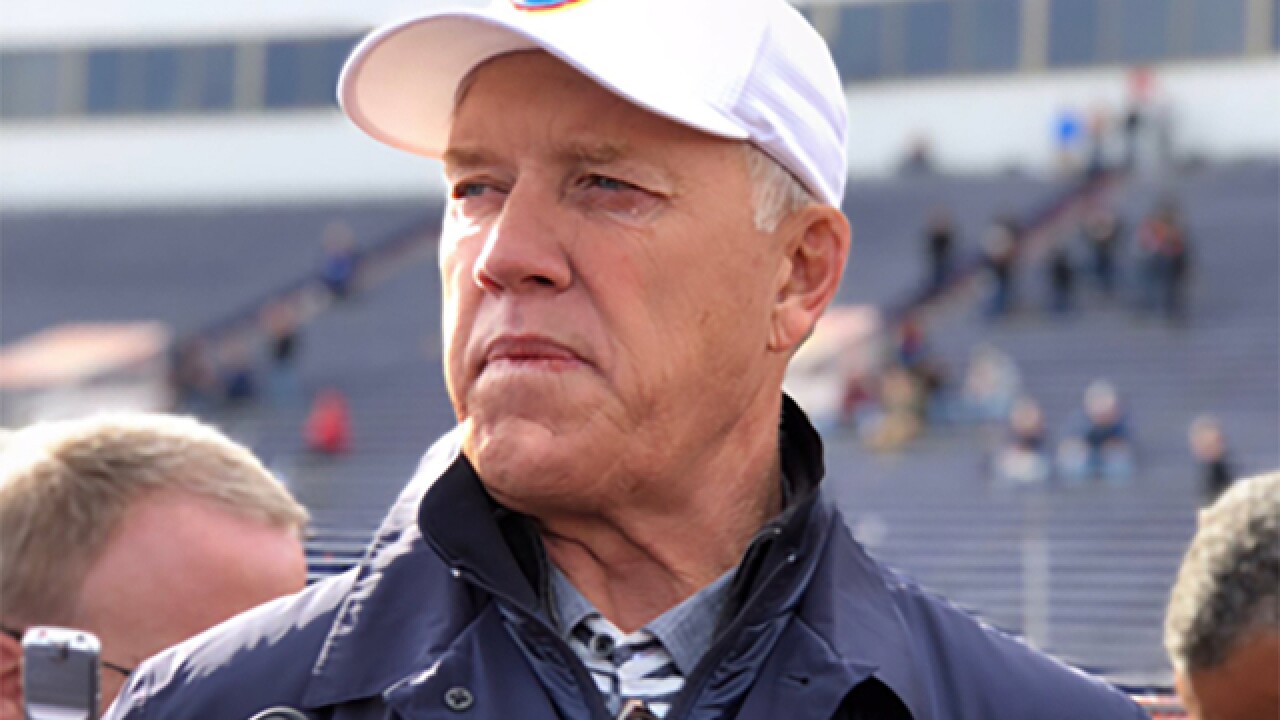 Copyright 2018 Scripps Media, Inc. All rights reserved. This material may not be published, broadcast, rewritten, or redistributed.
<p>John Elway speaks to reporters at the 2018 Senior Bowl practices.</p>

As a player, he did his best work when alarms were blaring and the clock was ticking toward expiration.

As a general manager, he refuses to make moves until he has to. It has left him with a reputation as a shrewd negotiator, as someone who is not afraid to scribble a line in the sand and walk away. This offseason he has exercised patience -- with the exception of the primary goal -- in targeting needs.

The Broncos did not finish 5-11 by accident. They require multiple upgrades. The next big moment this spring arrives in the draft. The Broncos hold the No. 5 pick overall. Elway, willing to show discipline, remains open to all possibilities from a quarterback to a trade.

"It's funny everyone thinks they know what we are taking -- I don't know what we are taking yet," Elway told the team's website from the NFL owners' meetings in Florida. "We still have to do all our homework and ultimately look at all the different situations that could come up whether it be a trade back or a possible trade up. We have to look at all those and see where it falls. Plus, go through all the scenarios. If this happens, we will do this. And if that happens, we will do that. We are getting busy on that. We will have a good plan in place."

The decision whether to take a quarterback continues to percolate, agitate and excite Broncos Country. The Broncos have not selected this high in the draft since nabbing Miller in 2011. With Keenum's contract, Denver is dating, not married to him. So the Broncos can say with a straight face that a quarterback is a possibility. However, the rookie quarterback will make $18 million and, in an ideal world, will not play next season, learning as a backup. That makes a lot of sense for 2019. It seems counterintuitive to helping the Broncos end their two-year playoff drought next season.

Denver insists it believes in backup Paxton Lynch. Listening to Elway talk about this year's draft, however, suggests the Broncos are looking for something different if they select another young arm.

"Any quarterback who plays in this league is very talented physically because you have to be able to throw the football, be athletic and be tough. It's always hard to find out what they are made of, the inside. Half the quarterback position is really about heart and being able to stand in there in tough situations and take the beating that you take not only on the field but off the field," Elway said. "Trying to figure that out, and who can handle that the best is the most difficult thing."

The Broncos' issues go beyond quarterback. It motivated Denver to add McDonald and Veldheer last week. They represent veterans who have served as team captains in the past.

"We are excited about both of them. Clinton is a guy we like because we feel like he can add some pass rush from the inside, which we need. He had played very well for the Bucs," said Elway of McDonald, who signed a two-year, $7 million deal with $4 million guaranteed. "Jared is obviously going to come in and play right tackle for us. It's been a hole for us. He's had a great eight-year career. He's a vet with a lot of experience who has played very well. So we are excited to at least plug that hole for a little bit."

Running back C.J. Anderson's future remains uncertain with the Broncos. The team will consider adding a running back in the draft from a deep class. It creates the possibility Anderson could traded on draft day -- see Kapri Bibbs last year -- or return as the veteran anchor. Again, the Broncos have not made a decision because they do not have to yet. ... Outside linebacker Shane Ray posted a recent workout video on Twitter showing what I have been saying on 104.3 The Fan. He is adding weight after being unable to lift a year ago because of his left wrist injury. DeMarcus Walker is also putting the pounds back on as he shifts back to defensive end.