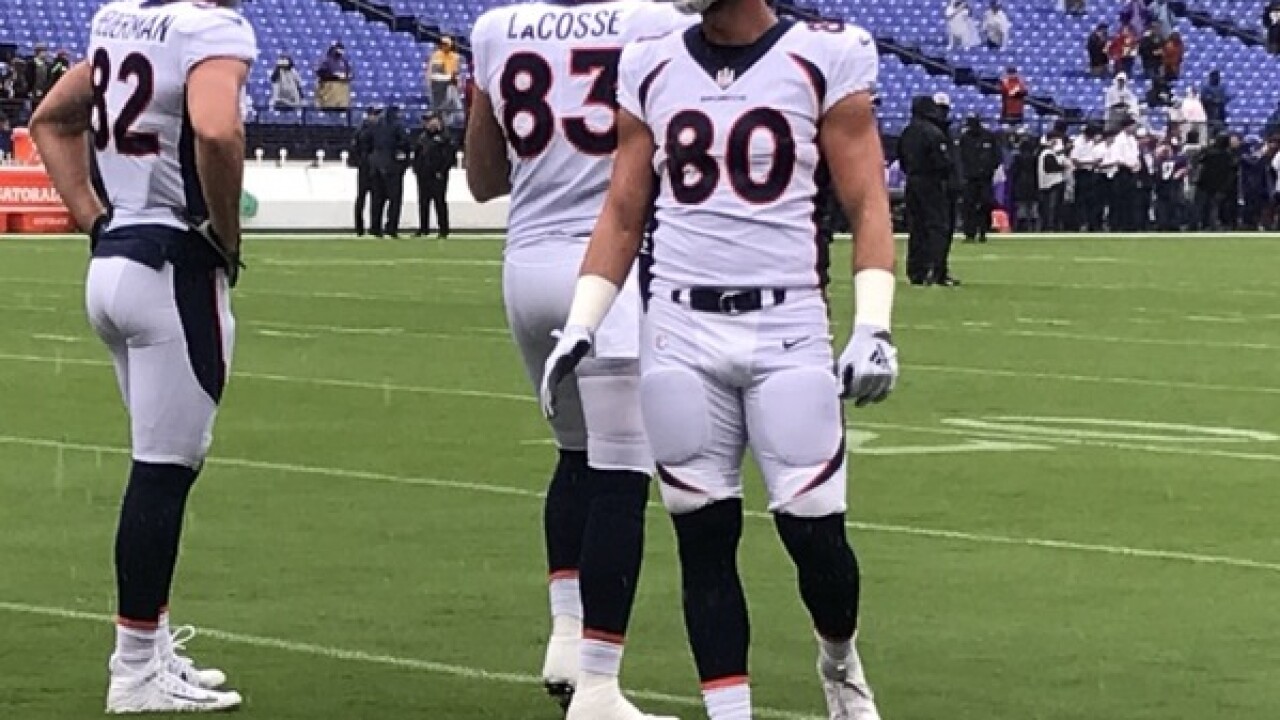 ENGLEWOOD, Colo. -- Jake Butt's second season will end like his first. Butt will miss the remainder of this year after tearing the ACL in his left knee in a non-contact drill at practice Thursday.

“Jake has worked his tail off to recover from his previous injuries, and we feel terrible for him," coach Vance Joseph said. "He’s a great kid who’s developed into a very good football player. We have no doubt Jake will come back stronger than ever.”

Butt missed his rookie year while rehabbing the second torn ACL on his right knee. Both of those injuries were suffered before he arrived in the NFL. Butt worked diligently to return to the Broncos, and provided a spark for the offense in the first three games. He caught eight passes for 85 yards, and set up the winning score against Seattle with a critical third down catch.

As news surfaced, it hit teammates hard. The reactions varied from "sad," to disbelief to linebacker Brandon Marshall summing it up, "that's (expletive)."

Butt tore the ligament during a coverage drill at practice. It mirrored how the Broncos lost Jeff Heuerman to a knee injury prior to his rookie season. The Broncos will turn to Heuerman, who has battled his own knee injuries, and Matt LaCosse. It's possible they will add another tight end for depth. They cut Austin Traylor in training camp after LaCosse beat him out. Brian Parker could be a candidate as well.