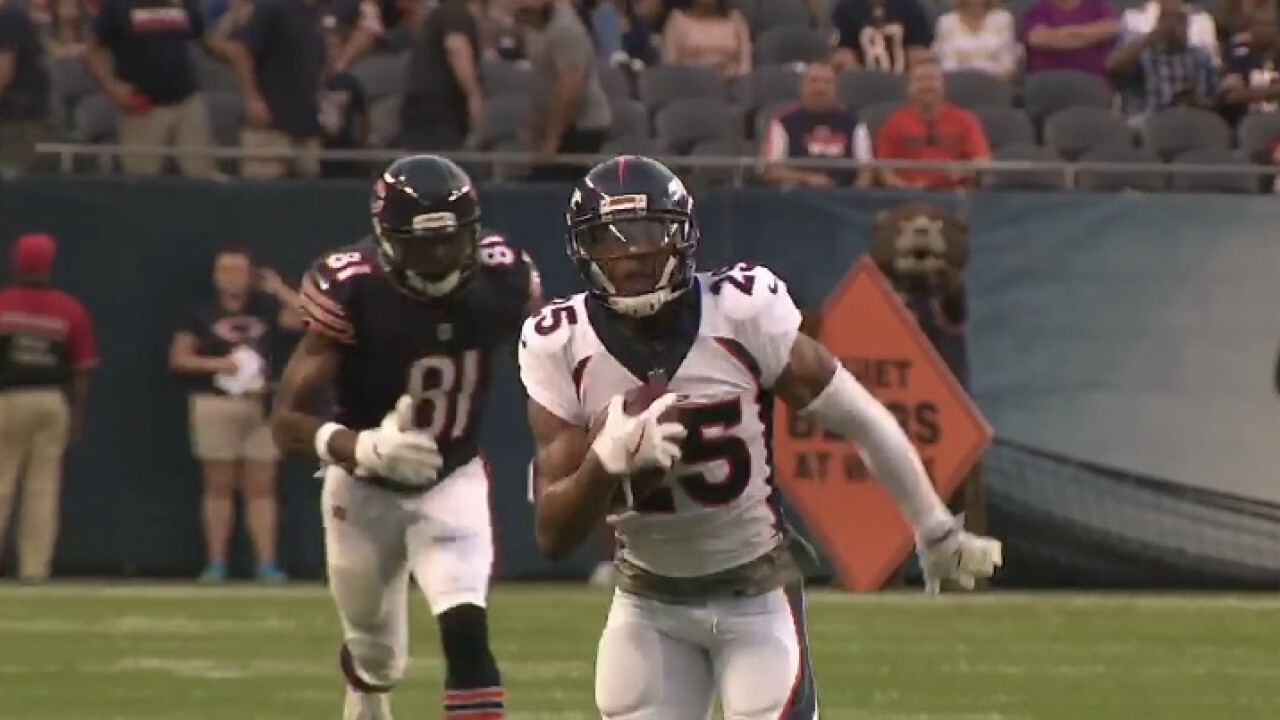 DENVER — Increased dialogue between the Broncos and Chris Harris Jr.'s camp has created a potential path to a solution to the offseason impasse.

Following a proposal Monday, the Broncos and Harris' sides continued talking this week. One possibility is a boost in this season's salary -- not in incentives -- as a way to accommodate Harris and minimize the team's risk for a star cornerback who turns 30 on June 18, per sources. There remains ground to cover, but the percolating in recent days hints of optimism that was absent for weeks.

Harris received a $1 million option bonus in March leaving his compensation for this season at $8.9 million. Harris has skipped voluntary workouts this offseason while seeking a contract extension worth slightly more than $15 million in average annual value.

Miami's Xavien Howard ($15,05 million) and Washington's Josh Norman ($15 million) represent the top paid at the position. While Harris has sought an extension, saying earlier this offseason he wanted to retire a Bronco, a one-year boost represents an interesting scenario toward a resolution. Harris could land additional money toward his goal of $15 million per season while hitting the free agent market after the year. Denver, meanwhile, would be only changing the outlay for this season. The Broncos do not have to do anything since Harris is under contract. They could also seek a two-year deal with no guaranteed money in the second season. Again, a short-term solution is the focus.

Why do anything? Getting Harris back in the fold will help chemistry, while also improving coach Vic Fangio's chances of executing a U-turn in his first season.

Broncos general manager John Elway, who is directly involved in these talks, found a way to reward Harris a year ago with a $3-million incentive package based on individual honors, interceptions and team wins. Harris made extra money, but did not trigger all of the escalators. Finding common ground this time figures to center on increased guaranteed money this season not incentives.

Harris represents one of four undrafted cornerbacks to make at least four Pro Bowls with his original team. He made it last season despite playing 12 games. The Broncos finished the season on a four-game losing streak after Harris fractured his right leg on Dec. 2 at Cincinnati. He healed quickly and played well in the Pro Bowl, posting an interception.