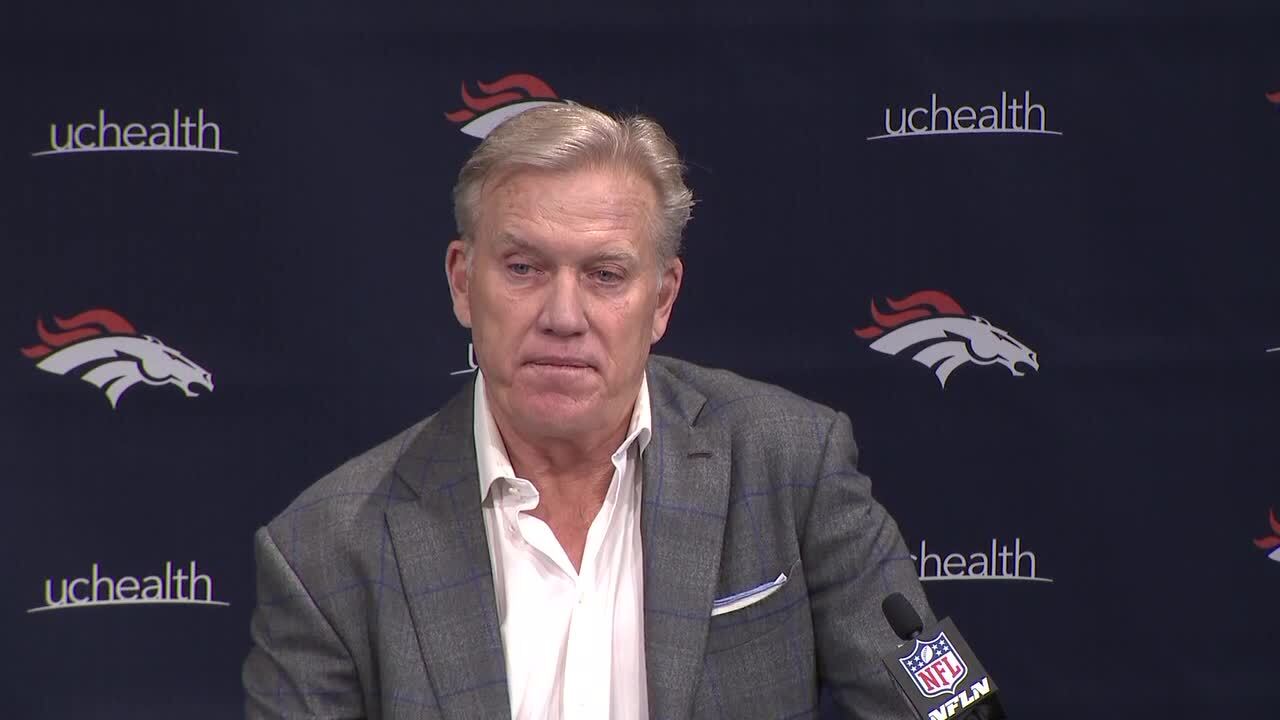 ENGLEWOOD — After leading the Broncos to five division titles, two Super Bowls and a world title, John Elway carved a solid reputation as an executive. However, blame is landing squarely on his doorstep after the team's first back-to-back losing seasons since 1972 and the current group looking to avoid the first 0-5 start in franchise history.

Talk radio shows are calling for his firing or resignation. Such is the current mess of the Broncos. During his weekly radio spot, Elway was asked by 850 KOA's Dave Logan, with the question framed around Elway's competitive nature, if there is a point where Elway would consider walking away.

"It's always tough, and it doesn't get any (easier) the older you get. It actually gets probably a little bit tougher. Ultimately this comes down to me, so I’m here to get this thing figured out, and we're going to keep battling on this thing, and we're going to try and find a way to win some football games," Elway said. "No, it's not easy. I've dealt with ups and downs my whole life and this is the one time we're 0-4, we're a little bit behind the 8-ball. But now is really the time to put our nose to the grindstone, work at this and see if we can get it figured out. That's what my goal is going to be, and that's what I am going to do."

This is new territory for Elway. He made a career of going to and winning Super Bowls, retiring after the 1998 season with back-to-back crowns. Tuesday, he admitted this is his "toughest" time since he's been with the franchise.

"You know, it is. It is awful frustrating," he said on 850 KOA with Dave Logan and Rick Lewis. "But I will tell you this: I think the most frustrating thing is that we've had chances to win games, and we haven't been able to do that. I think that's why I am still very positive about what we've got going on. I really like our staff and really believe we have the players to win."

The Broncos held the lead with 92 seconds or less twice at home, before the Chicago Bears and Jacksonville Jaguars walked them off. The Jaguars' loss represented a gut punch because Denver held a 14-point advantage in the first half, easily its largest of the season. However, the close calls don't mask Bill Parcells' adage: "You are who your record says you are." The Broncos are saddled with an eight-game losing streak -- longest active in the NFL -- and haven't won since Dec. 2. Elway hates to lose. As a player, he often controlled outcome, his fourth-quarter comebacks defining his Hall of Fame career. As a GM, it remains difficult to make an impact once the roster is built. The front office's report card is measured by the standings for a team that believed it was a playoff contender entering the season.

The Broncos have shown bursts of promise during their winless start. However, the dots are easily connected on why they reside in the AFC West basement. The Broncos rank 26th in average points per game (17.5), 21st in red zone touchdowns (six) and last in takeaways (zero). The latter challenge became more steep to overcome with outside linebacker Bradley Chubb lost for the season after tearing the ACL in his left knee for the second time -- it happened seven years to the date he did it in high school.

"Well I think we're on the rise. I think when you look at it, defensively, we've got to play better. But, offensively, I think we've continued to make strides, and gotten better each week, which I am excited about," Elway said when asked if the current team is better than the one that faced the Chargers last year on the road. "Defensively, anytime you lose a player like Bradley we are going to have to have some people step up and play better. And it puts more pressure on people on the defensive side, as well as offensively. We've got to do a better job and be more perfect — as far as when we are on the field — of trying to get points every time we are out there. Everything included, as far as the situation we are in, you know a lot of times it's easier to identify problems. It's tougher to fix them. We've got to figure out the tough part."