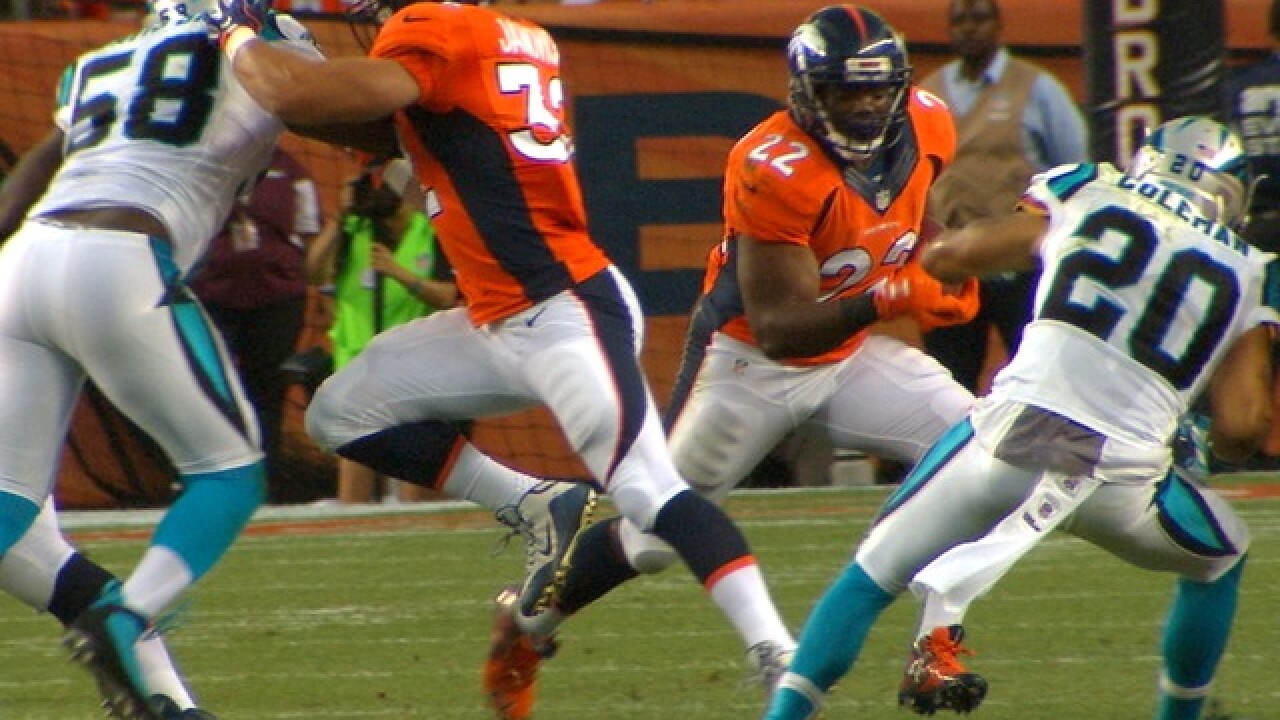 DENVER -- Wins become important this time of season more for how than against whom.

The Broncos claimed a victory over the NFC defending champion Panthers, white-knuckling the outcome until Graham Gano's kicked sailed wide left. Not everything went right for the Broncos. In fact, coach Gary Kubiak admitted he couldn't sleep Thursday, unable to comprehend how the Broncos won with three turnovers inside the Panthers' 30-yard line.

Denver did deliver on the ground. For a team that managed only 194 yards offense in Super Bowl 50 -- the fewest by a winning team -- the 148 rushing yards were encouraging. It could prove pivotal Sunday if Demaryius Thomas is sidelined as the Indianapolis Colts were gashed for 116 yards in a season-opening home loss to the Detroit Lions.

The Broncos possess a new weapon: fullback Andy Janovich. Not only did the rookie score on his first rushing attempt -- racing 28 yards -- he delivered multiple crease blocks on linebacker Thomas Davis, helping C.J. Anderson to a game-best 92 yards on 20 carries.

"Um, shoot (No.) 58 was talking crap the whole time. That's all right. I guess that's just football," said Janovich, on his welcome-to-the-NFL moment. "That's why I am here (to block). That's probably one of the only times all year I get the ball. My job is to block."

The NFLPA announced Sunday it will initiate a compliance investigation into the Cam Newton incident from Thursday. The NFL followed suit, saying it would conduct a "review of the medical team's response to the Cam Newton tackle." The NFL insisted on Friday that proper concussion protocol was followed, but now appear to be backtracking. Newton's safety became an issue after Broncos safety Darian Stewart hit him in the head on the Panthers' final drive. Newton remained in the game. His teammates were critical of the officials, saying not enough was done to protect the reigning NFL MVP.

... The Broncos face Colts quarterback Andrew Luck this Sunday. The quarterback knocked Denver out of the playoffs in 2015, and ended their undefeated season a year ago. However, the Broncos lacerated Luck's kidney a year ago on a tackle by linebacker Danny Trevathan.