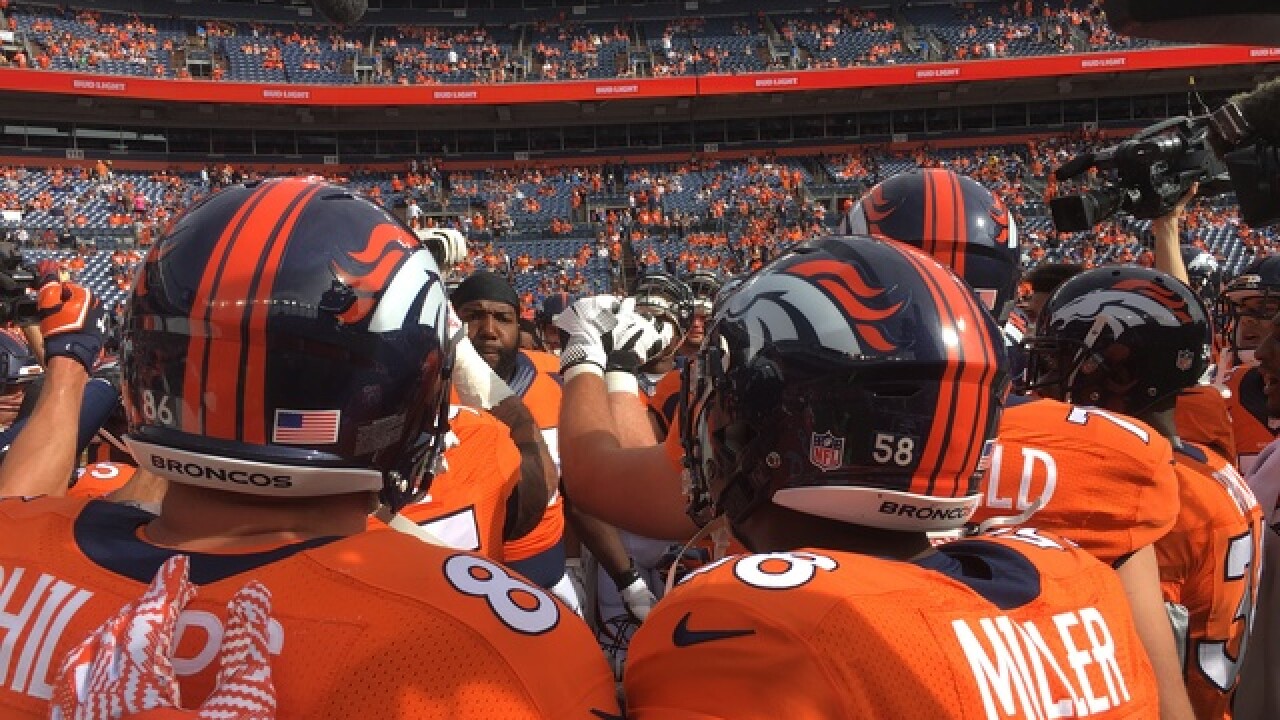 DENVER -- The Broncos continue to travel down parallel tracks as free agency prepares to open Tuesday.

When they chased Peyton Manning, they had no Plan B. As they mull pursuit of Tony Romo, they have multiple potential paths. Romo isn't yet Plan A. The Broncos need him to be released and discuss contract parameters to make sure it works in the puzzle they are piecing together.

Romo, who turns 37 in April, boasts four starts in two seasons, and his resume includes multiple broken collarbones and a fractured L1 vertebra in his back. The Broncos can't wait forever on Romo given their multiple needs on the offensive and defensive line.

The tackle market, in case you haven't noticed, is thin. Cincinnati's Andrew Whitworth is 35, making it hard to justify a longterm deal. It sets up for the Broncos to pursue a right guard aggressively. The Bengals' Kevin Zeitler, perhaps? It seems unlikely if his market settles between $10 and $12 million. That is tackle money. Remember in 2013 the Broncos needed a guard and many figured they would pursue Andy Levitre. They shopped from the second tier, hitting a bonanza with the signing of Louis Vasquez. Following a similar path makes sense this week with Ronald Leary and T.J. Lang expected to be available at a lower price than Zeitler.

As for the defensive line, the splash signing would be former local prep star Calais Campbell. He is a leader, and an impact player. However, he will be in demand, sending his price to more than $10 million per season, and possibly in the $12 million range. Same goes for Ravens stalwart tackle Brandon Williams.

The Broncos showed they are willing to pursue mid-range options. They missed on Earl Mitchell, who signed with the 49ers for $5.5 million in guaranteed first-year money. Chris Baker fits the mold, and he rates above Mitchell. A former undrafted free agent with the Broncos in 2009, Baker is a seven-year veteran who has continued to improve. An NFL analyst described him Tuesday night to Denver7 as someone who "plays hard. Is a run stuffer." Baker projects to receive $8 million per season. His agents are expected to talk to Washington Tuesday. If he doesn't receive the offer he wants, the Broncos could move quickly.

The Broncos allowed 130.3 yards per game last season on the ground, ranking 28th in the NFL. New defensive coordinator Joe Woods has identified improving the rush defense as a "top priority."

Coach Vance Joseph praised linebacker Todd Davis at the combine. The Broncos are expected to play a second-round tender on Davis and kicker Brandon McManus. Both are restricted free agents. The second-round tender makes it less likely another team will sign either player to an offer sheet.