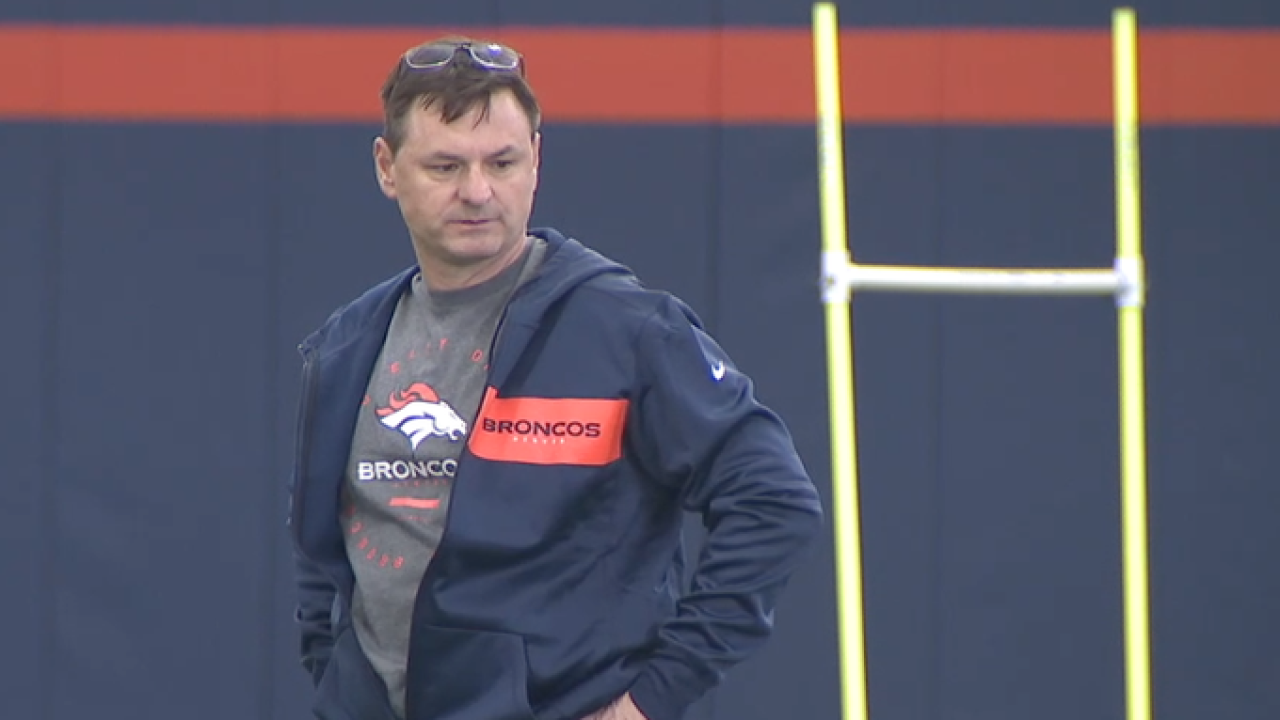 Fangio targeted former New York Giants coach Pat Shurmur for the job. The sides have agreed in principle for Shurmur to join the Broncos, though the deal is not yet official. The Broncos moved quickly because Shurmur had multiple options, including the Bears.

The draw of Drew Lock was enough to convince Shurmur to join Denver. Shurmur was a fan of Lock's last spring leading into the draft. Shurmur worked well with Daniel Jones last season as the rookie threw for 3,027 yards, 24 touchdowns and 12 interceptions in 13 games.

Scangarello's status became quicksand midway through the season over underwhelming performances and communication issues. Scangarello, however, accepted the criticism, and moved on as the Broncos won four of their final five games with Lock under center. It was not enough to save his job with the Broncos ranking 28th in yards (302.6), 27th in points (17.7), 28th in red zone touchdown percentage and 20th in rushing yards per game. Per multiple sources, Fangio wants an offense that takes more shots down field, uses gadget plays to keep opponents off balance and shows the ability to make adjustments after the 15-play opening script runs out.

So the carousel continues to spin. The Broncos will boast their fifth playcaller in as many seasons in 2020 with the new coach following Gary Kubiak, Mike McCoy, Bill Musgrage and Scangarello.

"After a lot of consideration and discussion after the season, I determined that a change at offensive coordinator ultimately would be best for our team,” Fangio said. “We need to do everything we can to get better—in all areas—as we start working toward next year Rich is a bright coach with a great future ahead of him. I appreciate all of his hard work and thank him for his contributions to the Broncos.”

The Broncos averaged 21 points under Lock and upset Houston on the road in the final month. They also finished with a winning home record for the first time since 2016. After diving into the film from last season, Fangio concluded the offensive isn't good enough or aggressive enough. Playoff teams need to score 23 points per game, and be unpredictable. The Broncos went into their shell too often. It's not fair to blame Scangarello entirely for this, but it was a reflection of his lack of feel during games, exposing his inexperience.

A new coordinator means that there could be a few changes to the offensive staff. However, offensive line coach Mike Munchak is not going anywhere. It makes the Broncos the only team with two former head coaches on their offensive staff with Shurmur and Munchak.

In his one season, there were some odd moments with Scangarello. Quarterback Joe Flacco ripped the conservative playcalling in a loss to the Colts -- it was Flacco's last game because of a neck injury -- saying the team was essentially playing to lose, and acting unfairly to the defense and team. This was an indictment of Scangarello, who seemed comfortable coaching during the week, but struggled to take chances on Sundays.

A few weeks later, Fangio said after the Broncos beat the Chargers that it was his decision for Lock to throw deep in the waning seconds that led to an interference penalty against Courtland Sutton and the winning field goal. Fangio clarified a day later that the coaches -- Scangarello included -- asked what he wanted to do rather than say they should take a knee and run out the clock.

What it symbolized was that Fangio wants an offense that would be tough to game plan against. That's not the Broncos, and he didn't see Scangarello, after several instructions to do so, becoming more aggressive in year two. The Broncos ranked 25th in completions of 20-plus yards and 27th in touchdowns (five) in the same category. The Chiefs, a team that the Broncos need to figure out at some point if they are to challenge for a division title, ranked first in the latter with 19.

Multiple offensive players were caught off guard by the move because Fangio said the day after the season that he planned no changed with his coordinator. But the sands shifted a few days later after the end of the season meeting with Scangarello and other coaches, like Shurmur, becoming available.

A decision is expected soon on the new offensive boss. Fangio believes it represents a path to improvement, if not the postseason.