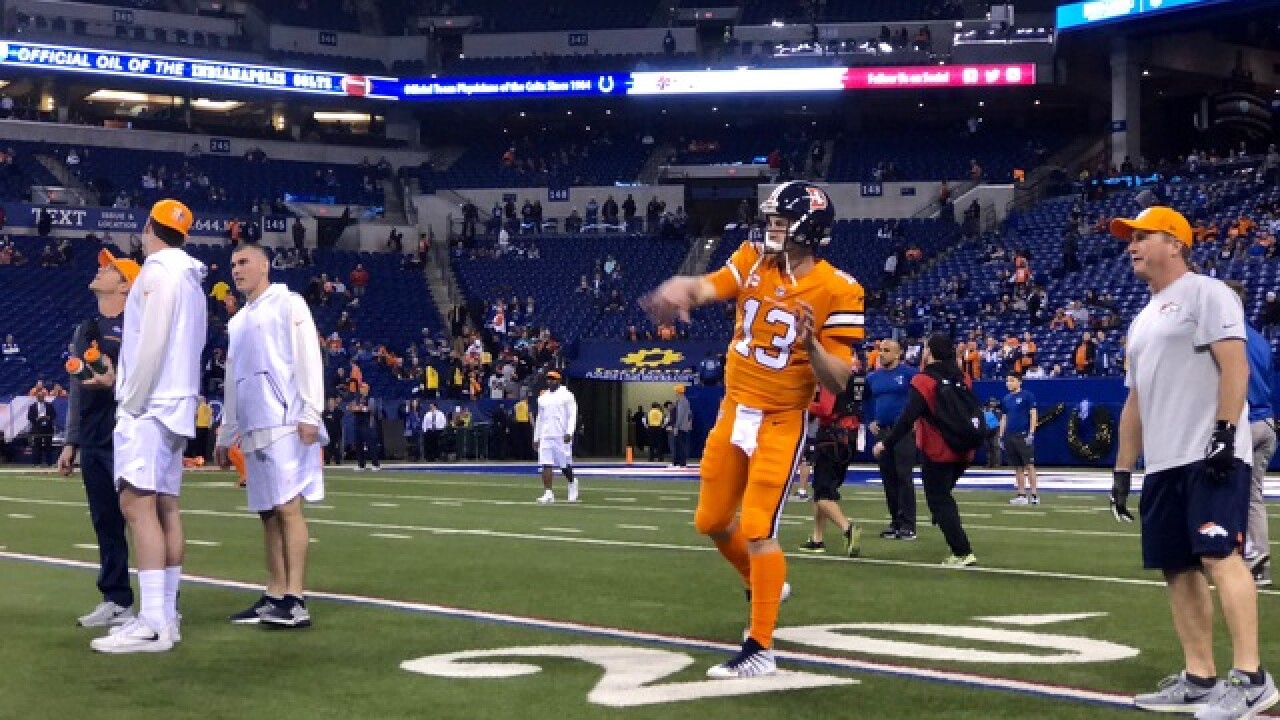 DENVER -- Trevor Siemian could use a slug of Dramamine.

He is now a Minnesota Viking, with the Broncos trading him in a deal involving draft picks, per an NFL source. The deal will involve Siemian and a 2018 7th-round selection going to Minnesota for a 2019 5th round pick.

It complete a dizzying ride in Denver for Siemian, and allows for a fresh start.

The past three seasons went thusly:

-- The Broncos took him in the seventh round of the 2015 draft. They were the only team to work him out after knee surgery. After shelving the idea of playing professionally, Siemian swerved from a career in commercial real estate at the urging of teammates and college coaches. He won a Super Bowl ring as a third stringer behind Peyton Manning and Brock Osweiler.

--Following Peyton Manning's retirement, Siemian emerged as a strong candidate for the starting job in April, pushing the acquired Mark Sanchez. Siemian won the spot for coach Gary Kubiak, becoming the first Northwestern quarterback to start on opening day since Otto Graham for the Browns in 1955. Siemian battled through shoulder and foot issues to compile an 8-6 record as a starter.

--With a new staff and a reshaped offense, Siemian won a second straight derby, holding off first-round pick Paxton Lynch in training camp. However, Siemian struggled in the three-wide sets of offensive coordinator Mike McCoy. He posted a pair of three-interception games. The Broncos benched him, but Siemian finished the season as the only starter to win a game, going 5-5. For the second straight offseason he underwent left shoulder surgery.

In Minnesota, Siemian, whose trade clears $1.9 million in cap space for the Broncos, would serve as the backup for Kirk Cousins.