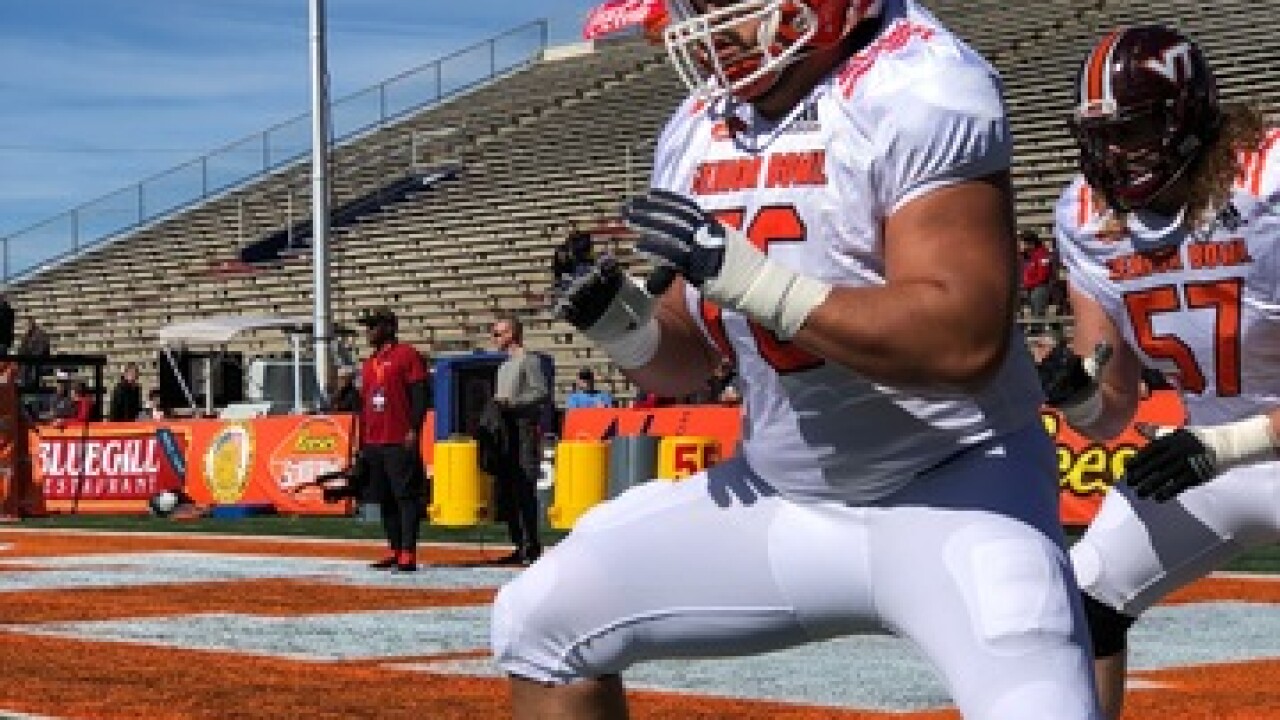 DENVER -- The Broncos' presence on the clock with the No. 5 pick in the NFL draft is not because of some rub of a genie's bottle -- it's because they were not very good last season.

They dropped to five victories and endured an eight-game losing streak, their longest in 50 years. As coach Vance Joseph said, "We don't want to pick here again."

It makes finding the right player critical. That could be a quarterback, if general manager John Elway decides there's one he cannot live without when Denver's turn comes around. That could be a running back, if Saquon Barkley remains on the board because of a run on signal-callers. That could be a defensive end, if Bradley Chubb's pass-rush grade remains impossible to ignore for a Broncos team that finished with 33 sacks, 22nd in the NFL last season. That could be a guard, if history is disregarded and the Broncos go with safest pick in the top 10, Notre Dame's Quenton Nelson.

The latter is unlikely, but a need exists, nonetheless.

Nelson impressed me at the combine. He appeared as if he were a 1980s villain: big, bold and brief. "I want to break my opponent's will," he uttered. Anyone who watched the Broncos' offensive line struggle can appreciate Nelson's blunt physicality.

I maintain he goes eighth to the Chicago Bears. So what does that mean for the Broncos at the 40th pick overall, or later on? My look at starting right guard candidates:

Will Hernandez, UTEP: Hernandez won one-on-one battles at the Senior Bowl and dropped jaws. He is a mammoth of a man, who can impose his will in the running game. He lacks some length, making him vulnerable in pass protection against stunts. But his size and athleticism are intriguing. Pair him with Ron Leary at left guard, and the middle of the field feels protected and sturdy.

Isaiah Wynn, Georgia: Wynn plays with an edge. Offensive linemen need not apologize for being nasty. The Broncos lost their confidence and swag. Wynn brings attitude and reliability in the passing game.

James Daniels, Iowa: The Broncos hosted him on a visit. He is extremely athletic and versatile. His size draws concern, as he would likely to have to add weight at the pro level. But he has good quickness and never seems to be out of position and reaching, which leads to penalties at the next level.