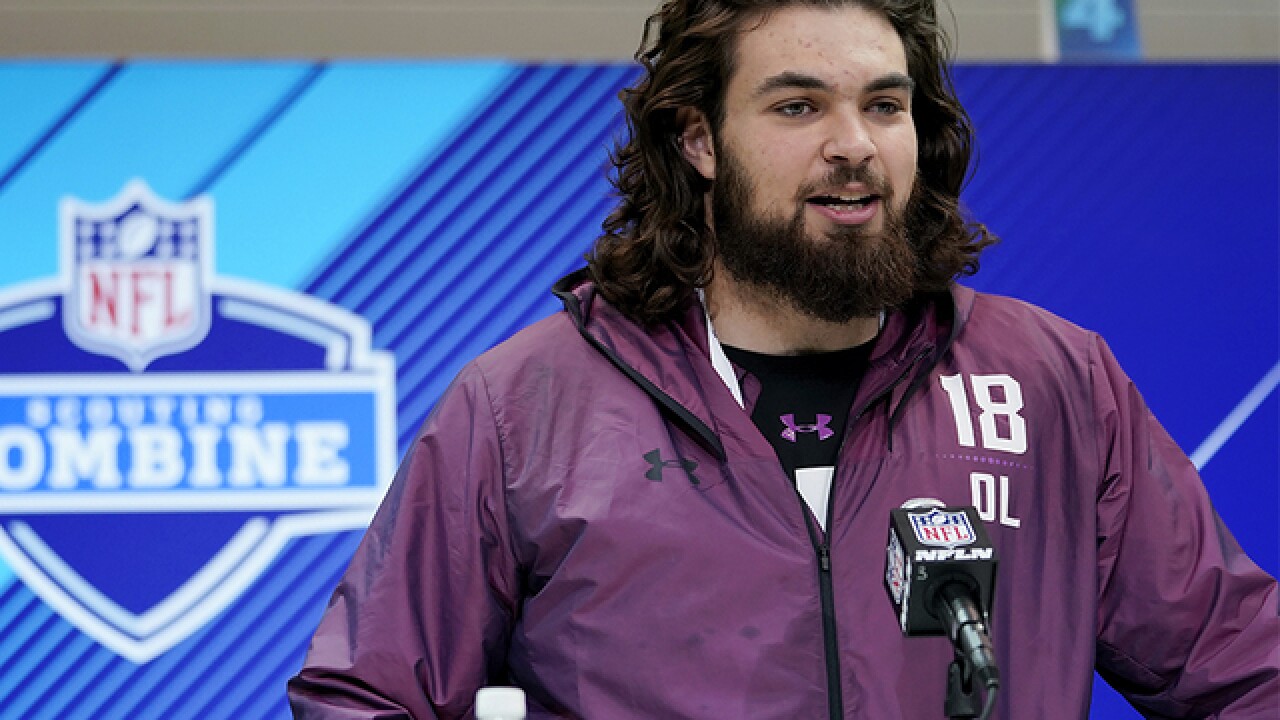 CENTENNIAL, Colo. -- At 15 years old, Sam Jones walked into Six Zero Strength and Fitness Facility with his mother Susan. He told performance coach Matt McChensey he wanted to be a Division 1 football player.

"I knew he was a good player. But you have to work. And his work ethic sets him apart," said McChensey, a former Broncos player and one-time Niwot High star who runs the gym, told Denver7. "I am just a bridge. He sacrificed. He wants to kick ass. He made it happen."

Jones realized a dream. His Sunday morning will go something like this: wake up, pinch self.

Growing up in Highlands Ranch a huge Broncos fan, Jones joined his favorite team Saturday, drafted in the sixth round with 183rd overall pick. His mom told Denver7, "It is surreal."

Jones struggled to wrap his head around his new reality.

"I wish I had words to describe what I am feeling right now," Jones said. "This is a childhood dream come true. My parents and I kind of joked about it, 'What if I ended up back in Denver one day.' I was like, 'It would be too good to be true.' But here we are. This is incredible."

McChensey started to think it was a possible over the last few weeks. Jones worked out six days a week at his facility. On many of those days he plowed through the drills with Broncos guards Ron Leary and Connor McGovern, and left tackle Garett Bolles.

"He was working with those guys and watching him next to them you would be hard-pressed to tell he was a rookie," McChensey said. "I had a sneaking suspicion it could happen with Denver. I felt good about it when they didn't take a linemen early. He's not just the hometown kid. He's good. He can play both guard spots, snap the ball. He's super athletic. He can help the Broncos in a lot of ways."

Jones looks like a cast member from "Game of Thrones." The Broncos players told him he would likely have to cut his locks. Regardless, he looks the part. Now can he play it?

"He's a hard worker," Ron Leary told Denver7. "I hope he's ready to come in and compete. Competition is something we need more of in the O-line room. Emphasis on NEED."

Jones forged his reputation as a star in high school. He played with a mean streak. He fielded multiple offers before settling on Arizona State. He left school with a year of eligibility, ready for the next phase of his life. He had no idea it would intersect with the first phase.

"I loved the Broncos. I still can't believe it," Jones said. "I joked the other day with (my family) that I could be the only guy living with his parents. I know my mom would probably like that, but I think I might have to get my own place."