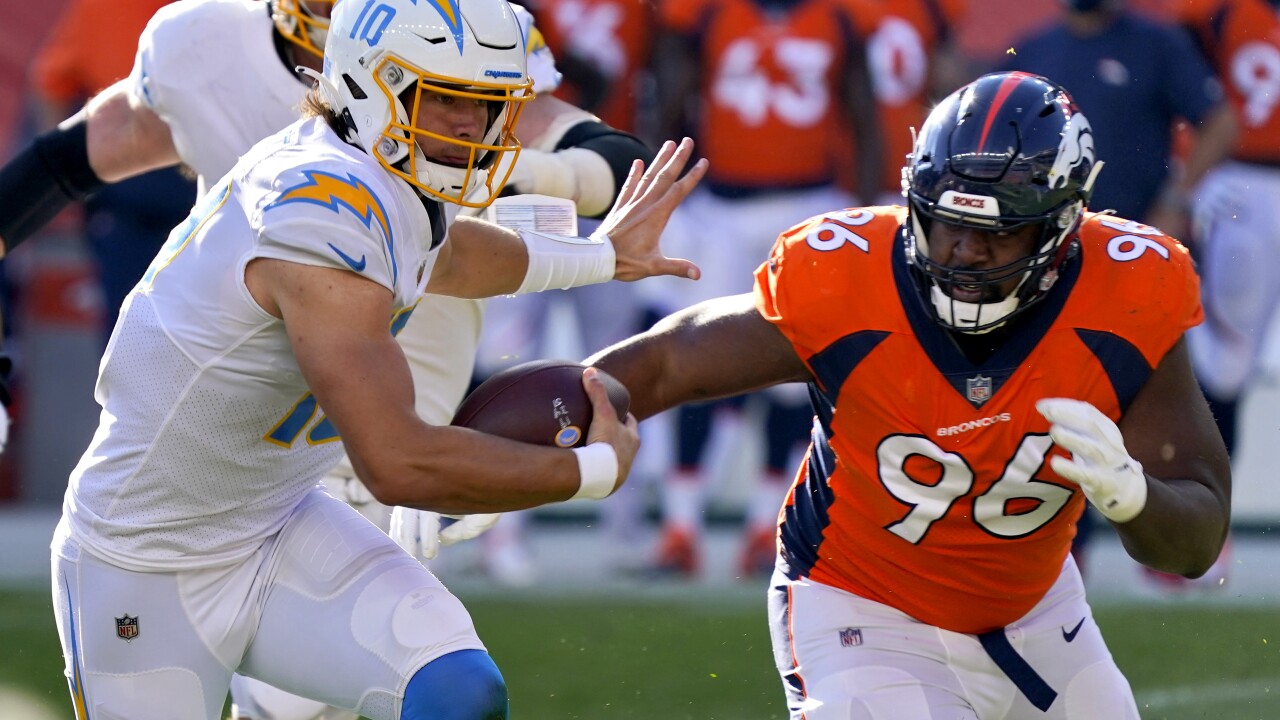 DENVER — The Broncos host the Miami Dolphins on Sunday for what will be the final Denver home game with fans in the stands, the team announced on Friday.

The Broncos informed season ticket-holders of the decision on Friday morning. The Broncos will play their final two home games, next week against the Saints and Dec. 20 against the Bills, with no fans allowed at Empower Field at Mile High.

The Broncos have allowed 5,700 fans at games since Week 3 of the season, operating under a variance granted by Gov. Jared Polis. The variance is still in place — and no cases have been traced to games — but with cases surging in Denver and across Colorado, the team decided to make Sunday the final game with fans.

While we are confident in our safety protocols, we have made the decision — in consultation with the state and public health experts — that Sunday will be the last game played in front of fans at @EmpowerField this season.

The Broncos in a statement Friday said they remain confident in their COVID-19 safety protocols at the stadium, but restricting fans will be a "precaution ... consistent with the recent guidelines issued by local officials to limit gatherings with the holiday season approaching."

Denver and about a dozen other Colorado counties were being moved Friday to "Level Red" on the state's COVID-19 dial, bringing about more restrictions for indoor dining and retail businesses.