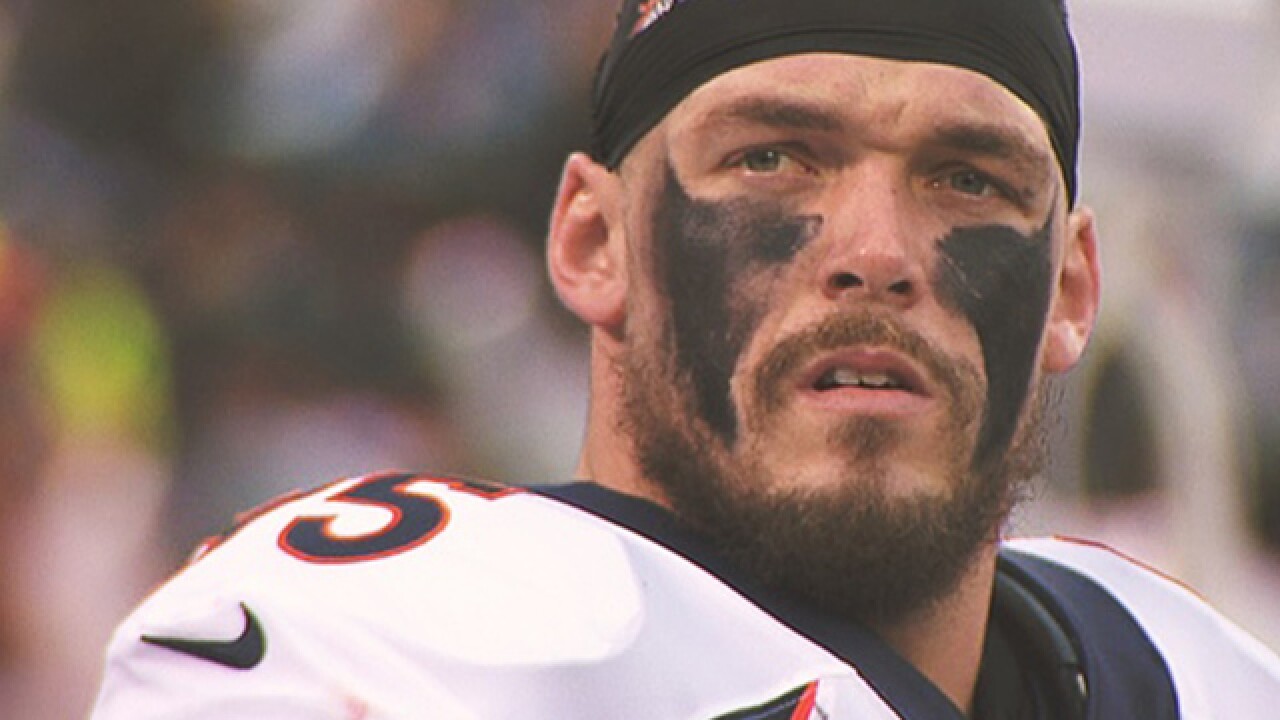 ENGLEWOOD, Colo. -- The question was simple. The answer was jarring.

As Derek Wolfe walked toward the locker room Sunday, Denver7 stopped him. I asked Wolfe, what is different between this camp and last summer.

"I can feel my right arm again," Wolfe said.

The sobering answer hinted at the pain he played through for two years, and explained his optimism about rebounding in 2018. In the season opener following Super Bowl 50 -- Wolfe's last big campaign -- the defense endured a facemask that nearly ripped his helmet off. From that moment, things changed, leaving Wolfe compromised, frustrated and finally resigned to surgery.

Wolfe played through a fractured elbow, cantaloupe-sized ankle, and mangled fingers, but last season at Oakland he reached his threshold of pain and sanity. In the first quarter, he lost feeling in his right arm. Again.

Playing inside against the run while providing a rush remains difficult. Doing it with one functioning limb is impossible.

Wolfe admitted to suffering from spinal stenosis in the C7 segment of his neck. Per spine-health.com, this signals a nerve root has become compressed, causing pain on the arm. Surgery became his best option. It has paid dividends in camp. Wolfe looks healthy, strong and explosive. He's smiling again.

"It's hard to be positive and be in a good mood when you are in pain all the time. It's totally different now," said Wolfe, who praised the addition of Clinton McDonald, comparing him to solid veteran Antonio Smith from a few years ago. "I feel great. I am able to work on my rush technique because I don't have to worry about protecting the right side of my body. We have a good group. All I care about is helping us win games."

Wolfe finished with 31 tackles and two sacks last year. It prompted general manager John Elway to admit last week that they need more from Wolfe. He averaged 5.5 sacks and 50 tackles the previous two seasons. Early indications in camp suggest he could return to that production.