Broncos Denver7 things to watch for in preseason game vs. Bears 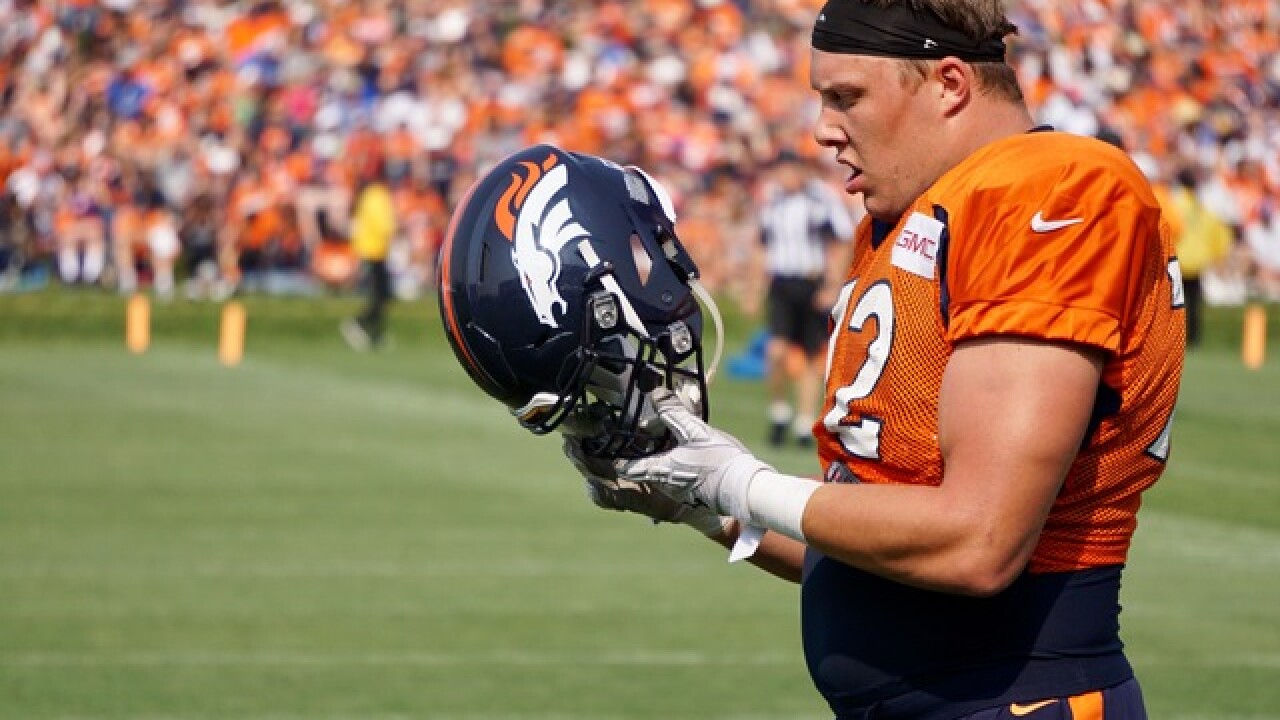 ENGLEWOOD, Colo. -- As first impressions go, the Broncos would like a second chance.

After delivering heavy doses of optimism for five months following the signing of Case Keenum, the Broncos didn't exactly take their fans' breath away last week. They took a punch to the windpipe as the first-stringers went three-and-out twice, totaling 12 yards. The only missing element was a turnover to deliver a dead-on impression of last season's ineptness.

Take two figures to be better because the starters will play longer. Look for Keenum and crew to go into the middle of the second quarter. Forget winning the game, it's time for the offense to start winning series and overcoming negative plays.

The concern about the group leads my Denver7 things to watch in Saturday's game against the Chicago Bears:

General manager John Elway expressed disappointment about last week's stumble. He wants the group to show "more pride." That wasn't a compliment. It was a strong hint. Enough. Show progress. It begins with Keenum. He looked sharp Thursday against the Bears. He needs to carry it into the game. Something along the lines of 7-for-10 for 100 yards and a touchdown would work. At the minimum, Keenum needs to produce points.

The reality with Keenum fits roughly two-thirds of the league's starters. He needs balance to succeed. The Broncos must establish an identity on the ground. The coaches insist it remains an open competition, and they know what they have in Devontae Booker. That is faint praise. He has never bust a run of more than 20 yards in his career. They do know who he is, which means it's time to give rookie Royce Freeman a longer look to see if can win the job. He produced a 23-yard touchdown last week. Yes, he showed technique issues in pass blocking, but improved. Also, let's see Phillip Lindsay with the ones as a third down and receiving threat. The Broncos require a more diverse backfield to force teams to chase ghosts.

Youth should be served

Give Jake Butt, Courtland Sutton and DaeSean Hamilton two quarters of run. It's time to start microwaving their development. Any offensive revival this season will include an infusion of youth. They will be inconsistent, but you can live with their mistakes given the potential reward.

The Vikings embarrassed the Broncos' first-string defense, gashing them on the ground. Film work showed blown gap assignments. In scrimmage work versus the Bears, the starters stood up. Do it again. Get a three-and-out, and provide a reminder of why this is the team's strength.

The New Fly Zone boasts potential and questions. I will remain worried about this group until I see Tramaine Brock show he can function at a high level. As it stands, the Broncos are thin. Isaac Yiadom, a rookie, has started at nickelback. He shows remarkable athleticism, but his youth is obvious. If Brock is unable to step up, I will continue to suggest adding a veteran like Kayvon Webster.

Keenum will be fine. I believe that. I don't have similar confidence in the offensive line. And that directly impacts Keenum. Left tackle Garett Bolles experiences hiccups daily in practice. He's working on new sets, which I can appreciate. He needs to improve. Having Ron Leary next to him Saturday -- and for now that's likely -- will help. Leary, the team's best offensive lineman, is not 100 percent following offseason knee surgery. Connor McGovern and Jared Veldheer have been encouraging. However, they cannot afford many missteps.

To QB or not QB, that is the question?

The fascination with the team's backup quarterback spot surprises me. If Keenum misses significant time, this team is not going to the playoffs. Chad Kelly earned the No. 2 spot. How he plays will figure into the Broncos' next move. I fully expect Denver to trade or release Paxton Lynch -- the latter is more likely. Kelly has played one football game in 652 days. Even if he performs well, can the Broncos afford not to get a veteran? Teddy Bridgewater's big game on Thursday could create a path for Josh McCown's availability in a deal. He would be ideal in this scenario.