Broncos Denver7 things to watch for in preseason finale 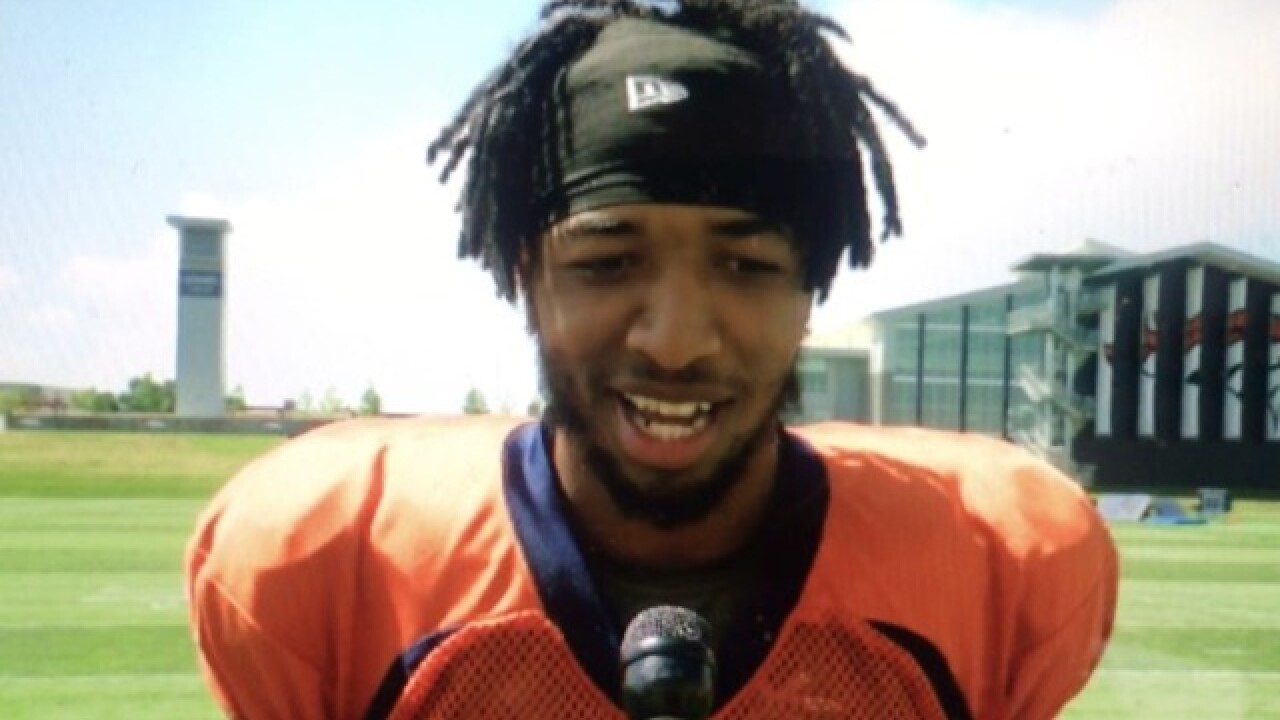 This offers the final chance for the Broncos' bubble players to make the 53-man roster. The reality is few jobs are hanging in the balance. But don't tell that to the 10 or so players with a realistic sliver of hope in landing one of the scant vacancies. With the stage set in Arizona, my Denver7 things to watch for vs. the Cardinals.

Chad Kelly will make the team. The issue is where he lands on the depth chart. He sits second behind Case Keenum. He has made a compelling case -- one that can go stronger in the first half tonight -- to remain the backup. It's more likely than not that he remains there. Let's be honest, you don't give yourself the nickname "Swag" because you lack confidence. He has carried himself like a future franchise quarterback. It has not gone unnoticed by teammates.

Paxton Lynch wants to be in Denver. He has shown a morsel of self-awareness over the last few weeks, showing competitiveness lacking since he joined the NFL. The reality is the better Kelly plays the more it helps Lynch. I know, weird, right? The Broncos are not looking to add a veteran No. 3. If Kelly proves he can be trusted at least through the first week, then Lynch could survive as the third-stringer. No trade market exists for Lynch. And if the Broncos cut him, the cap hit over the next two years is roughly $5 million. Keeping him, in other words, would amount to paying him to run the scout team rather than paying him to go away.

Jeff Heuerman and Jake Butt anchor the top spots on the depth chart. Heuerman's play this summer either amounts to a great tease or the emergence of an unexpected weapon. Who is third string? Austin Traylor, Matt LaCosse and Brian Parker have all made a bid. I would not be surprised if LaCosse wins the spot.

The Broncos defensive line depth gives this group fangs. The Broncos signed Clinton McDonald to play the role filled by Antonio Smith in the Super Bowl season. McDonald has overcome a shoulder issue. This could change, but it feels like McDonald and DeMarcus Walker are vying for one spot. Weighing 270 pounds, Walker looks like the player the Broncos thought they drafted in the second round in 2017. McDonald can provide an inside rush, and provides a relentless motor. This could go either way with tonight a potential shifting point. It would be better if the Broncos find a way for both to stick.

Adam Jones is making the team. The Broncos did not sign the 34-year-old not to keep him. Broncos defenders embraced the controversial move. With Champ Bailey's blessing, Jones is expected to become the first player to wear No. 24 since 2013. Jones' arrival spells trouble for corner Brendan Langley. The Broncos will likely keep five corners. That leaves Chris Harris Jr., Bradley Roby, Tramaine Brock, Isaac Yiadom and Jones.

To create a spot somewhere else on the roster -- find a way to keep outside linebacker Jeff Holland -- the Broncos could go with five receivers, knowing Jordan Taylor (on the PUP list after hip surgery) will be available down the road. It means Isaiah McKenzie's chances have nosedived. Is his punt return ability worth keeping him when Phillip Lindsay and Jones can fill the spot? Receiver Tim Patrick, pictured above, has earned the fifth receiver's job with stellar special teams work.

This is one of the more competitive situations on the team. Making the club requires a strong finish, not start. No one is sprinting faster to the tape than safety Dymonte Thomas. He showed skills against Washington desperately needed by the defense -- the ability to cover a tight end and make plays on third down. Will Parks enjoyed a terrific summer before missing last week with a sore knee due to a laceration. He will play tonight, possibly for his roster spot in a bid against Thomas. The X factor remains Su'a Cravens. I believe he makes the team. But he could make that a lot clearer by playing well tonight.