Containing Bills' Allen on the ground is critical 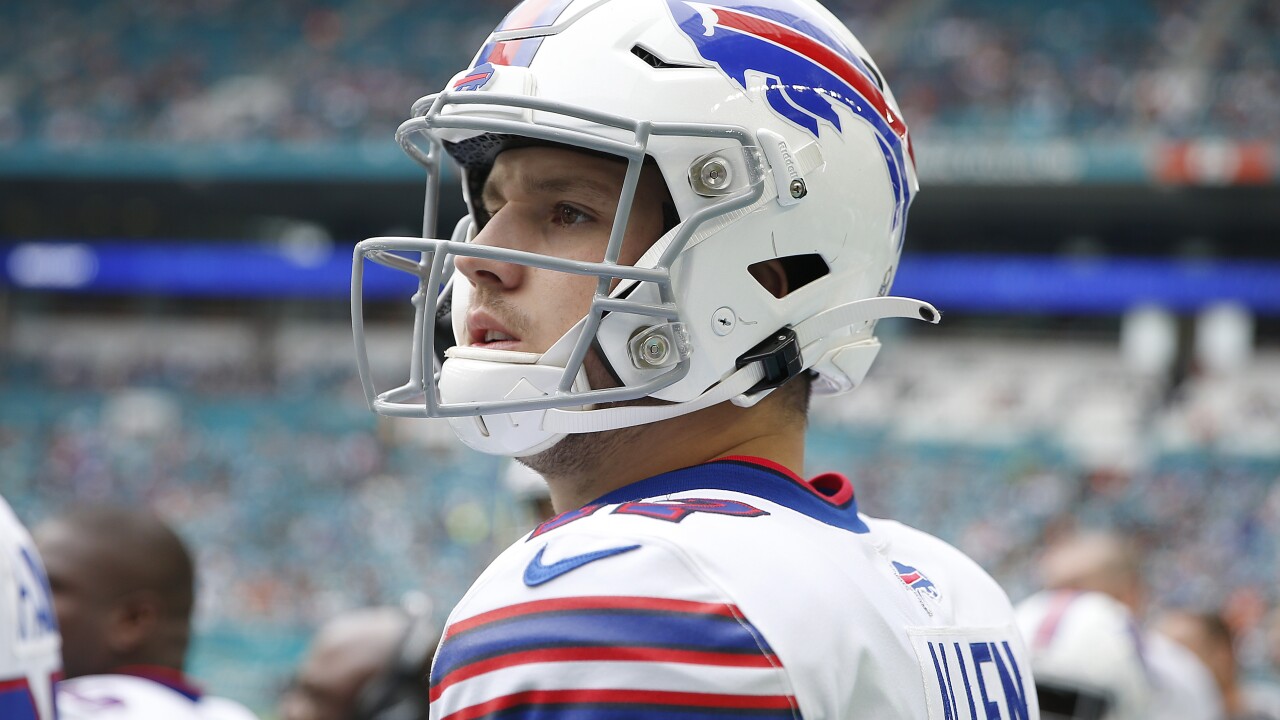 The Broncos have improved in a number of areas under Fangio, including defense where they rank in the top 10 in most statistical categories. One uncleared hurdle remains: how to finish. This is a young team learning how to win. The lack of experience, especially on offense, is not an excuse, but a reason. However, the Broncos are 10 games into the season. Moral victories ring hollow. Is this the week the Broncos put a stamp on their road resume with an upset over a playoff contender? My Denver7 keys to victory:

Phil it up
The only way to be in position to finally finish is to start fast. Time to lean on the ground game with Phillip Lindsay to create seams for deep strikes off play action. The Bills boast beef in the middle, but they are vulnerable on the edges. Lindsay needs to bounce out for chunk yards. The Bills rank 18th in rushing yards allowed per game (106.3), and teams blitzed them for an average of 150 yards in four of the previous five games. Lindsay, who doubled up Royce Freeman’s snaps last week, owns one 100-yard game this season, posting 114 at the Chargers. He needs a second for Denver to triumph.

Cross fit
The Bills’ defense is smart and disciplined, and a huge reason Buffalo is 7-3 for the first time since 1999. Their cornerbacks are solid. However, the Broncos should be able to get some favorable matchups against linebackers on crossing routes. That is where tight end Noah Fant needs to continue to shine. Anything less than seven targets would be a disappointment for a player who has converted 16 first downs on his 27 catches.

People’s Court
Receiver Courtland Sutton no longer exists as a secret weapon. He has blossomed into a star, commanding double teams. The onus is on offensive coordinator Rich Scangarello to find ways to get Sutton open, even if it means changing route combinations or running pick plays. And don’t shy away from big shots even with cornerback Tre'Davious White shadowing him. Giving Sutton a chance to make a play on the ball is never a bad idea.

Short and sweet
Quarterback Brandon Allen prepares well and inspires teammates with the way he competes. But he’s completing 49.2 percent of his passes. That won’t cut it. He needs to be better on checkdowns. Allen remains turnover averse – not a bad thing – but throwing the ball away is not always the best choice. Use dump offs to Lindsay or Freeman. If the Broncos lose, it opens a door to start rookie Drew Lock next Sunday against the Chargers. If Allen wins, he will get another start with Lock likely moving into a backup role until the final few games of the season.

Just Joshin’
If the Broncos had taken former Wyoming star Josh Allen (pictured above with Baker Mayfield at Senior Bowl) with the fifth pick two years ago, we wouldn’t be talking about Brandon Allen. The Broncos liked him, but preferred Mayfield and Sam Darnold, both gone before their selection of Bradley Chubb. In his second season, the Bills’ Allen has made significant strides. He has not thrown an interception in his last five games. He has rushed for 331 yards, and trucked more defenders than Tonka. The Broncos should use a spy on him on third-and-shorts and near the goal line. And go for the ball. Allen has fumbled 11 times. Linebacker Alexander Johnson needs to cause and recover one.

Go-go gadgets
The Bills are not an explosive offense. They will take chances. Buffalo is not afraid to use gadget plays, even with former Broncos failed draft pick Isaiah McKenzie. Falling for the banana in the tailpipe in this game could lead to a loss in a low-scoring game.

Specialty order
The Broncos’ special teams remain a problem. They rank in the bottom 10 in gross punting – I am not sure why the team doesn’t bring in competition for Colby Wadman – net punting, punt return average against and kickoff return average against. The Broncos don’t have the luxury of winning with a botched punt or missed kick (see Minnesota game).