Broncos Demaryius Thomas will get second opinion on hip injury, according to report 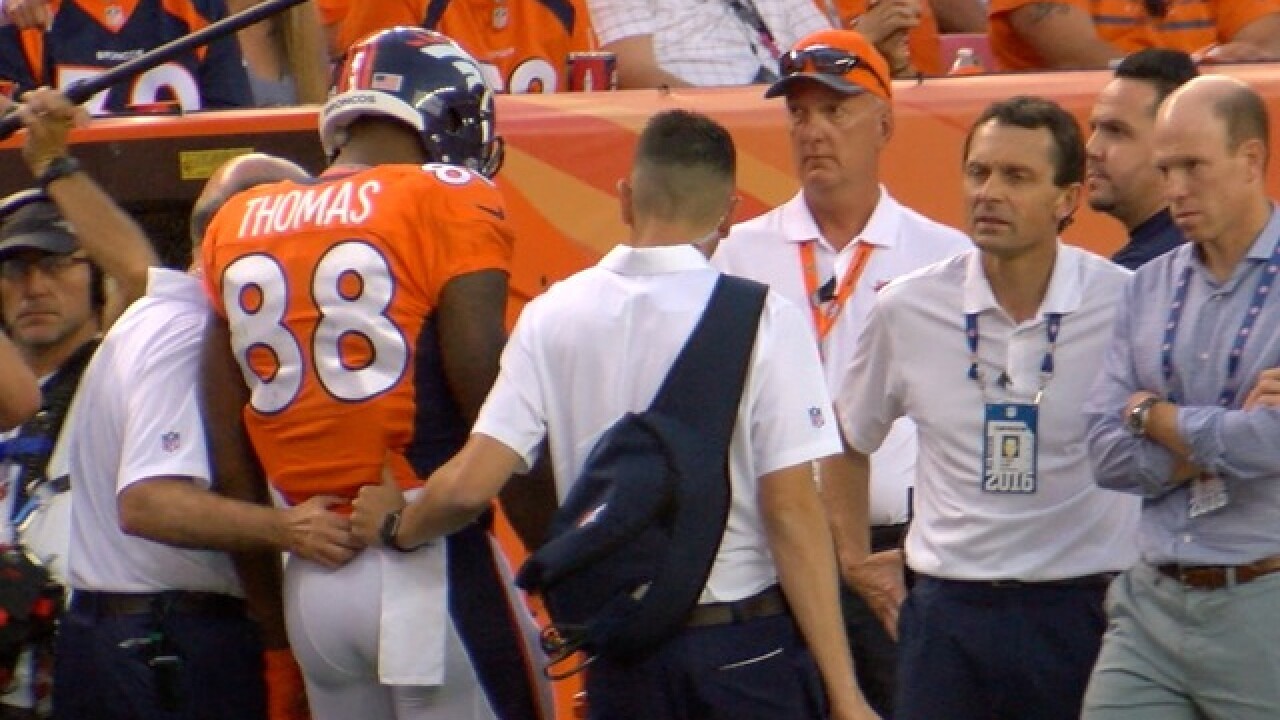 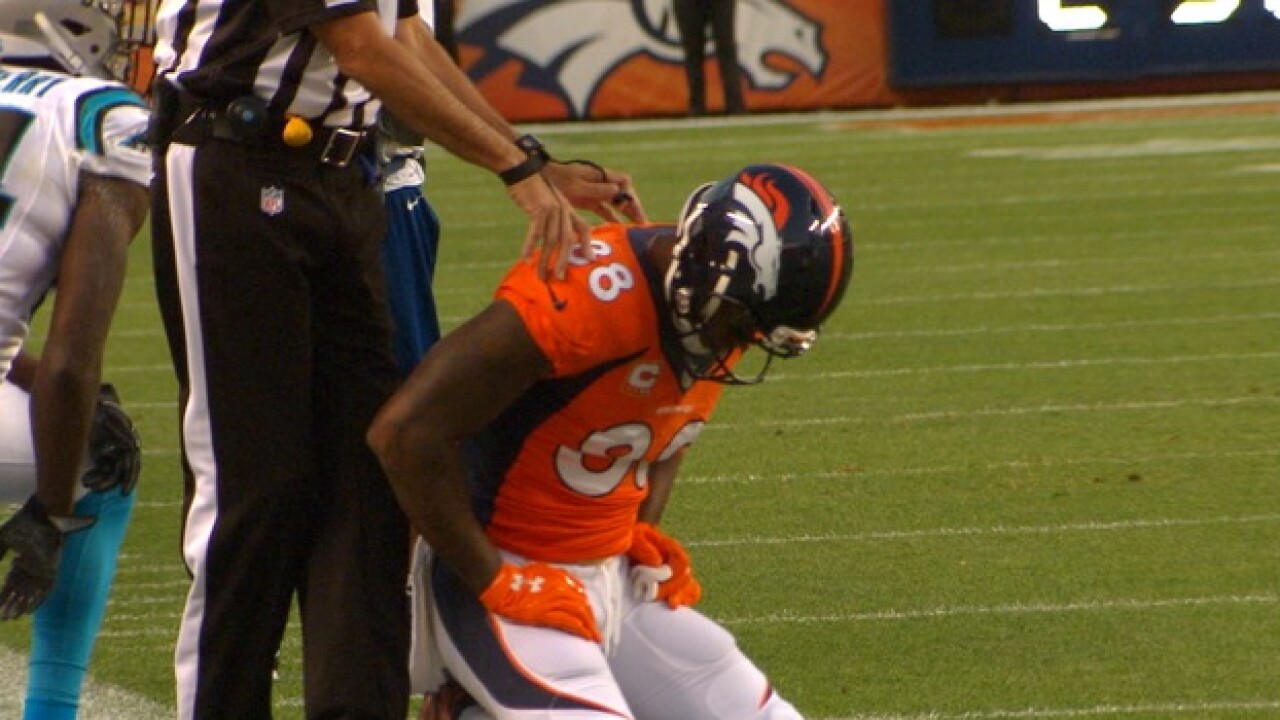 DENVER -- On the Broncos' third drive last Thursday, Demaryius Thomas reached his hands high to haul in a first down pass along the right sideline. He came down on his left foot as his right leg planted and tucked underneath his body. Carolina cornerback James Bradberry pulled Thomas out of bounds.

Thomas stayed on his knees, taking a deep breath. Trainers greeted Thomas on the sideline. Thomas, 28, returned and finished with participation on 44 of 58 plays, compared to 50 for Emmanuel Sanders.

ESPN reported Sunday Thomas underwent an MRI on his hip and will send out the results for a second opinion. Thomas was not mentioned as an injured player on Thursday or Friday, which is not required, but Kubiak referred to the receiver missing plays against Carolina in his postgame press conference.

"We had to get into a lot of different things. I don’t know if you all realized we lost two receivers in the first six plays of the game. We were struggling. ‘D.T.’ was out. Eleven (Jordan Norwood) for observation and we had things going on. We were just trying to battle through it, but the fact [is] that we were able to run the ball," Kubiak said. "I’m looking here for 150 yards when it’s all said and done, kept us in the ballgame.”

Thomas and Norwood returned. Thomas appeared in 76 percent of the offensive snaps compared to 86 percent for fellow starter Sanders. In essence, Thomas missed six plays. The Broncos players were off over the weekend, and several teammates were unaware of Thomas' injury. There could be an update on Thomas as soon as Monday when the Broncos return to practice. Thomas has averaged 101 catches and 10 touchdowns over the last four seasons.

Thomas finished with four catches for 48 yards in the opener, and quarterback Trevor Siemian targeted him six times. Bennie Fowler (fractured bone in right elbow) remains hopeful he will be available for Sunday's home game against Indianapolis. When healthy, Fowler is considered Thomas' backup. Norwood (30), Cody Latimer (17), Taylor (13) combined for 60 snaps in the opener.