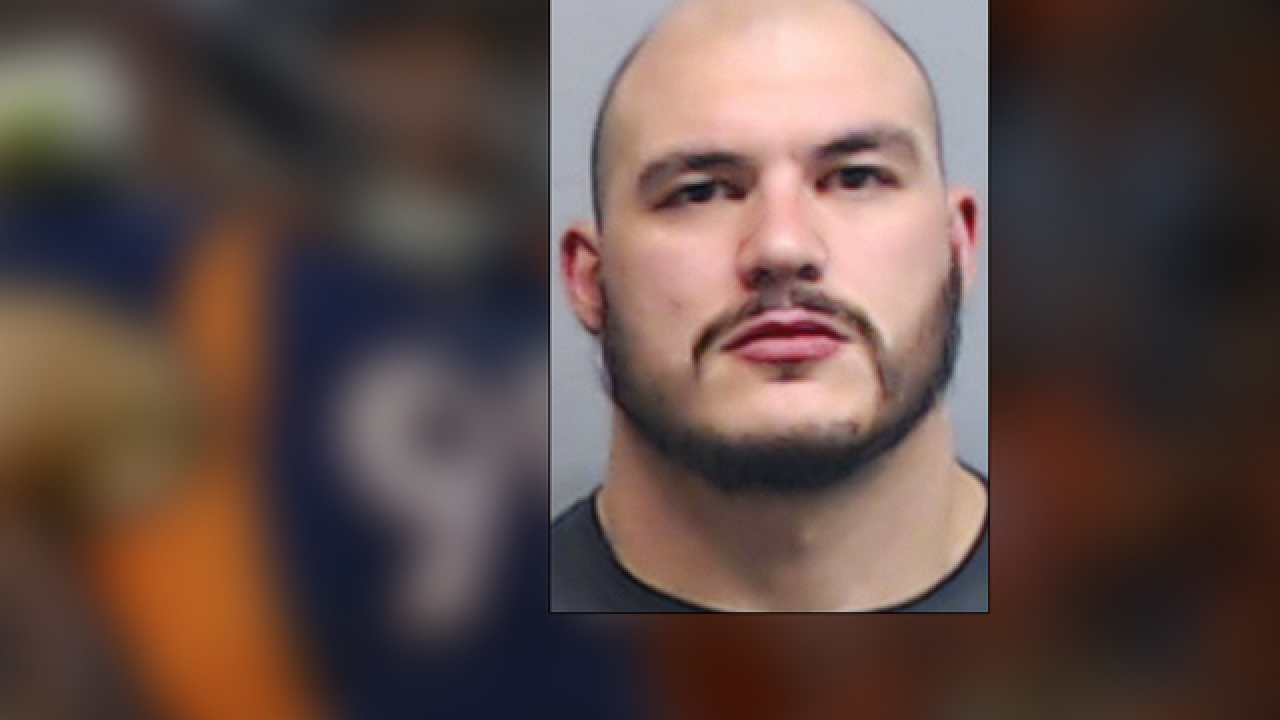 ATLANTA — Denver Broncos defensive end Adam Gotsis was arrested Wednesday in Atlanta under a complaint of rape stemming from an alleged Georgia Tech incident in 2013, according to Georgia authorities.

The 25-year-old posted a $50,000 bond and was released the same day he was taken into custody, court documents read.

The arrest comes following a February 1 meeting between a 30-year-old woman and a police investigator at the Atlanta Police Headquarters.

The woman claimed she met Gotsis through a mutual friend and went to a party with him on March 9, 2013. She told the investigator that after the party, Gotsis took her to his home where he raped her, according to a statement from an Atlanta Police Department spokesperson.

The statement reads Gotsis turned himself into the Fulton County Jail last Wednesday, March 7, after he was informed of the accusations. Charges are still pending, and a court date has not been set.

Gotsis was attending his second year at Georgia Tech in Atlanta at the time of the alleged incident. He spent four years playing for the Yellow Jackets before graduating in 2015.

The Broncos said in a statement that team officials take the nature of the allegations very seriously and have reported the matter to the NFL.

We were recently informed of an investigation into an alleged incident involving Adam Gotsis that occurred in 2013 when he was in college. Our organization was aware of his arrest on March 7, and it is our understanding that no determination has been made at this time as to whether any charges will be filed.

The Broncos take an accusation of this nature very seriously and will continue to closely monitor the legal proceedings. This issue was promptly reported to the NFL as soon as we learned of it, and we will remain in communication with the league office regarding this matter.

Gotsis did not immediately reply when Denver7 reached his phone, but his attorney Sara Becker, who is with the law firm of Arora & Lascala, said the allegations are false.

"Although the incident in question allegedly occurred more than five years ago, Adam first learned of these shocking accusations last month. We immediately reached out to law enforcement and have proactively cooperated with all aspects of the investigation while maintaining communication with the team. While we were disappointed to learn of the turn the investigation was taking, we steadfastly maintain that the allegations are false. We will continue to advocate strongly for Adam's innocence.”

The Australian-born player was the 63rd overall pick in the 2016 draft, taken by the Broncos in the second round. He was considered a slight risk as he was coming off ACL knee surgery and had limited football experience, having grown up in Australia playing Australian Rules Football.

After a disappointing rookie season with the Broncos, Gotsis rebounded in his sophomore campaign in 2017. He arriving in training camp stronger and healthier following a challenge by the team. After recovering from a summer knee surgery, Gotsis posted 41 tackles with two sacks.